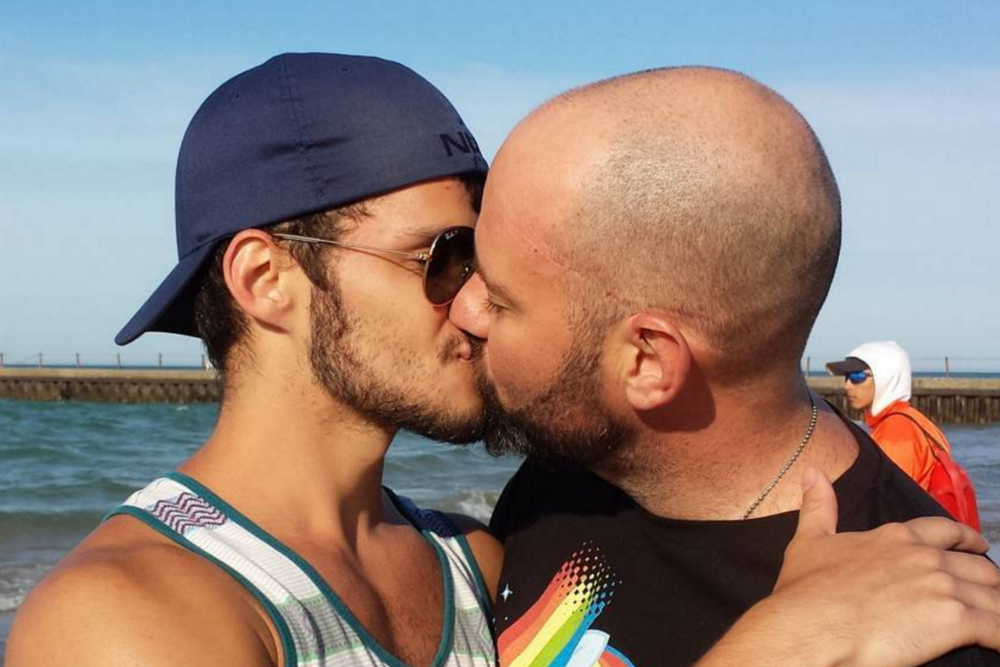 In a day filled with so much tragedy and sadness, one fact stood out above all others in the Orlando attacks: the shooter apparently went on his killing spree after seeing two men kissing.

“He saw two men kissing each other in front of his wife and kid and he got very angry,” Mir Seddique, father of Omar Mateen, told NBC News.

In response, users are flocking to social media to showcase the very reason Mateen bought a rifle and handgun and shot 50 people to death and injured another 53. The hashtag #TwoMenKissing has surged in popularity, according to Gay Star News, as people demonstrate their love, their support for the Orlando victims, and their refusal to bow to fear and hatred.

If #twoMenKissing was the #Orlando shooter’s motive, then let this be every hater’s conditioning therapy. pic.twitter.com/OG52gCA20Z

Love will always triumph over hate.
Prayers for Orlando.#TwoMenKissing pic.twitter.com/9NKQT33ETP

#twomenkissing #Orlando
As my husband says, “Homophobia is a mental illness. Fight back with love.” pic.twitter.com/PuOQDELHZ4