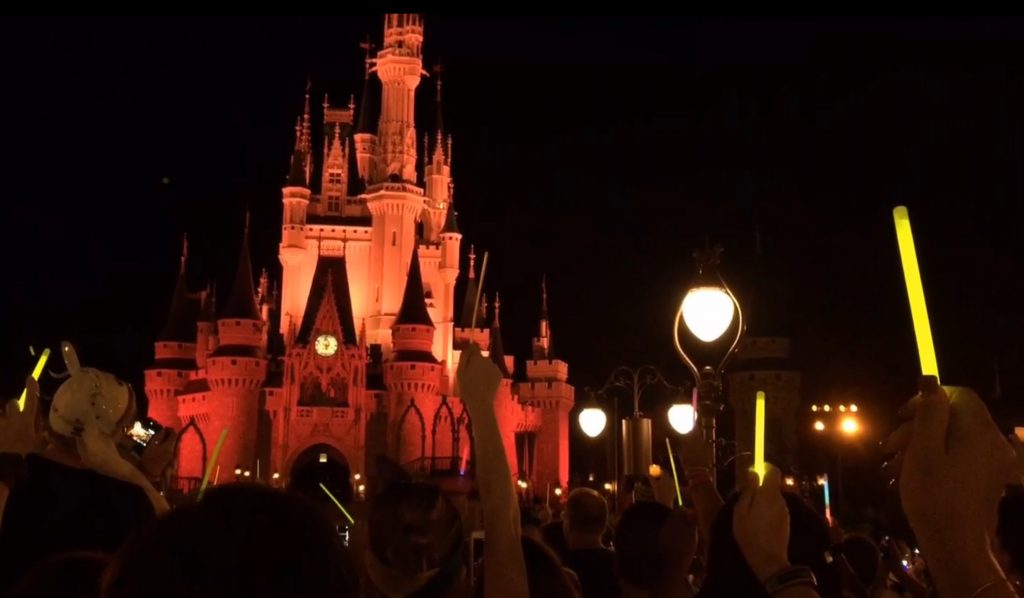 Screenshot from a video of the vigil by the Orlando Sentinel

Guests at Walt Disney World paid tribute to the victims of the Pulse Nightclub shootings on Saturday, June 18, reports The Orlando Sentinel. The vigil, arranged by fans and several Disney cast members, was not an official park event.

Participants gathered around the Partners statue at the Magic Kingdom at 11:45 p.m. holding glow sticks, smartphones and artificial candles. After a moment of silence during the park’s nightly light show, those assembled formed a rainbow heart with glow sticks at Cinderella Castle’s base.

Corinne Andersson, one of vigil’s organizers, told the Sentinel that she was overwhelmed by the response. “We’re not cast members,” said Andersson, who runs the blog DisneyLifestylers.com. “We just spend a lot of our time in the parks and wanted to do something for the Disney community.”

John Riley is the local news reporter for Metro Weekly. He can be reached at jriley@metroweekly.com
← Previous Story Video: The names and faces of Orlando’s 49 victims
Next Story → Kim Davis drops appeal over marriage licenses, retreats back into obscurity