As she heads with Neko Case and Laura Veirs to D.C., k.d. Lang reflects on the making of their one -- and only -- collaboration 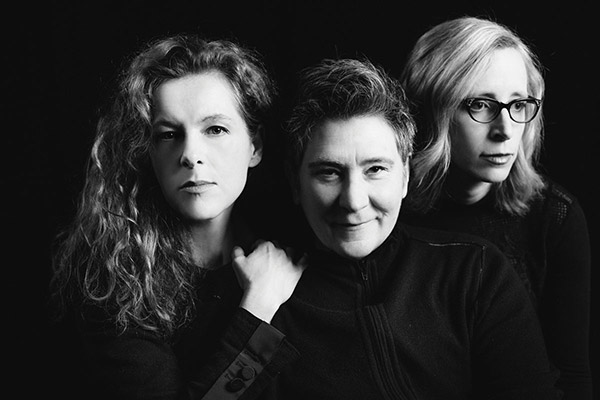 K.d. lang is adamant: There will not be a second round of case/lang/veirs. “It was a moment of inspiration,” she says of the recently released album with fellow artists Neko Case and Laura Veirs. “Logistically, it’s just too hard. We have families and our own careers. I just doubt if we would venture back into it.”

Still, she’s more than pleased that she ventured into those waters once, so much so she’s currently on tour with her album-mates. “We didn’t expect we’d actually get this project up and off and out and toured,” she says. “It seemed so unbelievable, but we’re just thrilled that we’ve managed to get it as far as we have.” The tour stops in D.C. for two nights next week at The Lincoln Theatre.

“I met Neko and Laura around the same time,” Canada’s velvet-voiced chanteuse says, explaining the album’s origins. “One night it came to my mind that we have enough similarities — and enough differences — that it would make for a very interesting fabric. I wrote them an email and within half an hour they both wrote back and said yeah, ‘Let’s do it.'” Three years later, the album is a hit for the makeshift trio.

“The recording process was very, very fun,” says Lang. “Although it was also extremely daunting, because logistically, we had the band and Neko for five days. So we had 14 songs to record in 5 days. Once the first few songs were under our belt, there was a real fluidity and natural flow to the whole thing.”

“I was never interested in a lifetime career in country music,” says the singer, who (fun fact!) graced the cover of the very first Entertainment Weekly in 1990. “I love country music, and I loved being a part of it, but I never thought of myself as a country singer.”

Lang came out publicly in 1992, a time when many LGBT celebrities were still keeping their closet doors firmly shut. She’s pleased with the progress the LGBT rights movement has made in a quarter century, though views progress as something incremental and slow.

“I look at it the same way I look at the state of African-Americans, and at women in the world,” she says. “These are big pendulums, and evolution in human beings is very slow. There will be a big swing to the left and gay marriage is legal in the states — ‘Yay, everything’s over!’ — and then, you know, this guy goes into a bar and shoots fifty of us dead. And then the GOP party and the NRA congratulate the shooter.

“So it swings left, it swings right,” she continues. “I think we have to be a compassionate people and lead by example. The LGBTQ culture is a big, big, broad culture, and it’s all a learning curve. Just like with every other culture in the world.”

case/lang/veirs appear at The Lincoln Theatre on Wednesday, July 27 (sold out) and Thursday, July 28 (tickets still available). Prices range from $59 to $79. Visit lincolntheatredc.com.

Randy Shulman is Metro Weekly's Publisher and Editor-in-Chief. He can be reached at rshulman@metroweekly.com.
← Previous Story case/lang/veirs (review)
Next Story → Garbage’s Shirley Manson on being pro-LGBT and turning 50