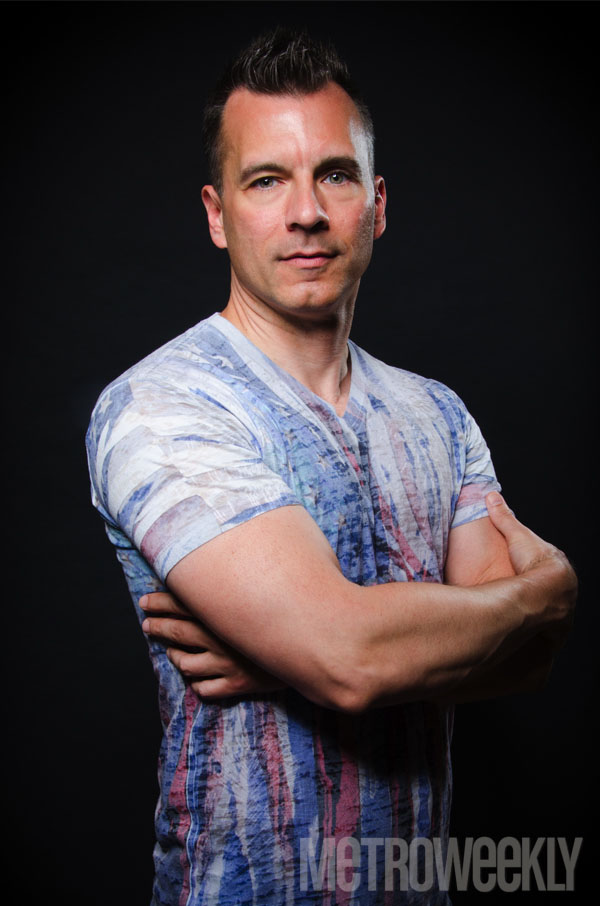 “Somebody called me ‘Daddy’ over Pride weekend,” laughs Craig. “But they said ‘Hot Daddy.’ And I was like, as long as they’re saying hot, I’m not going to be offended.” The 49-year-old Baltimore native, who works as the marketing director for the vaunted Gay Men’s Chorus of Washington, decided to apply for Coverboy because “there was this part of me that was like, ‘Hey, I may be a little older, but I can still compete with the younger guys.'” (He’ll get his chance directly as our first Coverboy-of-the-Month competition launches this weekend. Sign up to get a ballot at metroweekly.com/join.)

Craig feels there’s been a shift in the gay community with regard to age. “When I was in my 20s, a lot of the younger guys would always kind of like, ‘Who’s that old thing sitting at the end of the bar there?’ And the guy would probably have been 42 or something. I don’t hear that as much now that I’m nearing 50. I see a lot of younger men dating older guys, too. Maybe it’s still happening and I’m just not aware of it.” 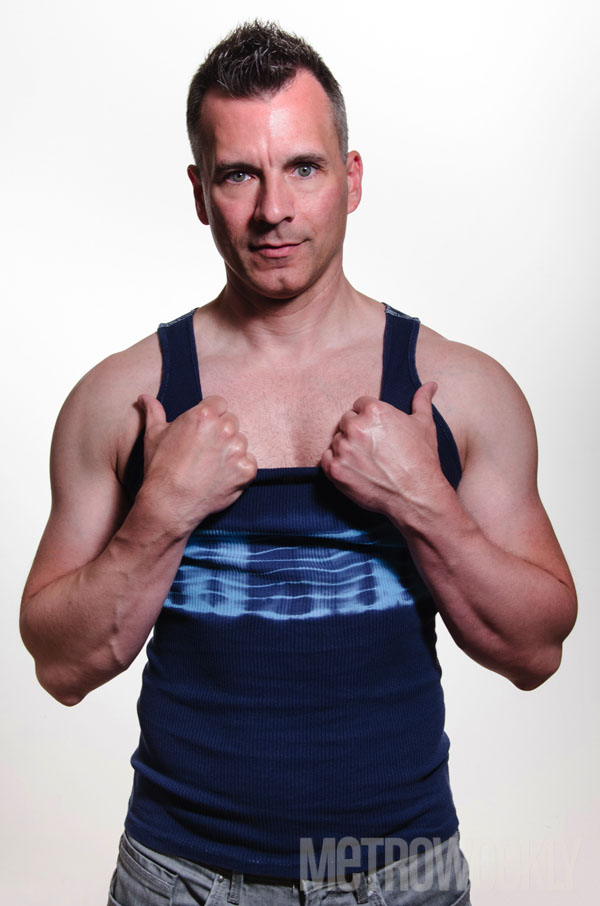 What’s on your nightstand?

Pictures of family and friends and a lamp.

What’s in the nightstand?

It’s a little bit of a junk drawer. I have condoms and lube. But I also have things like sunglasses, some necklaces, a watch, bills that need to get paid.

So a bill comes in, you walk to your bedroom and put the bill in the nightstand drawer?

Are you a night owl or an early riser?

Early riser. I can stay up late, but I tend to wake up early, so I don’t end up staying late, late, late all the time. 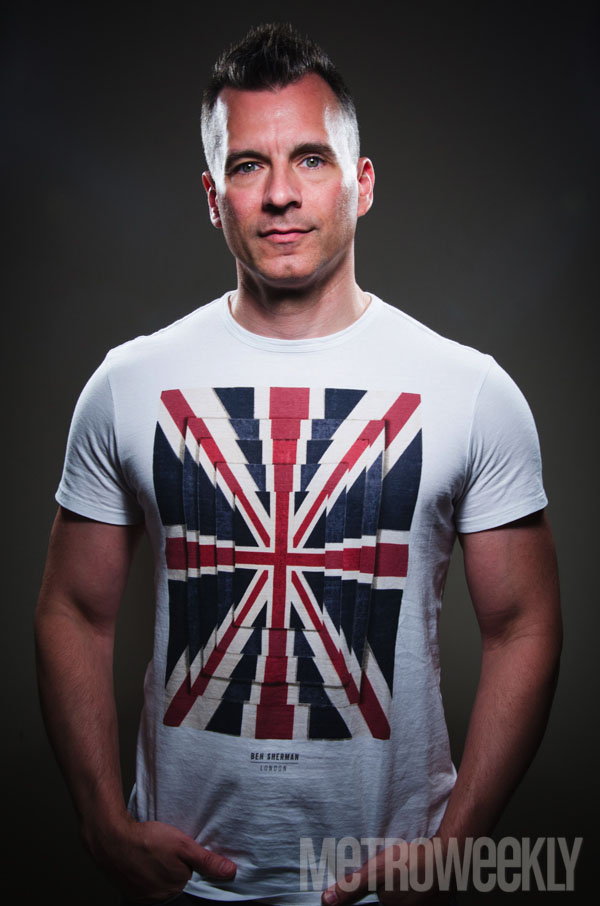 What’s the last thing you bought?

Clothes, actually, just yesterday. I bought a new pair of shorts and two tank tops from Universal Gear. I needed some summer clothes.

If you could have any superpower, what would it be?

The super power that Wolverine has. No matter what happens to your body, it just goes right back to the way it was before. That way I could eat whatever I wanted and my body would just go right back to looking like what it did before.

I’m not sure it works that way.

It probably doesn’t, but I’m going to go with it.

What are you currently binge watching?

What’s the last movie you saw?

I enjoyed it. I’m easy to please. If it’s an entertaining movie and I’m having a good time, then I’m probably going to like it. 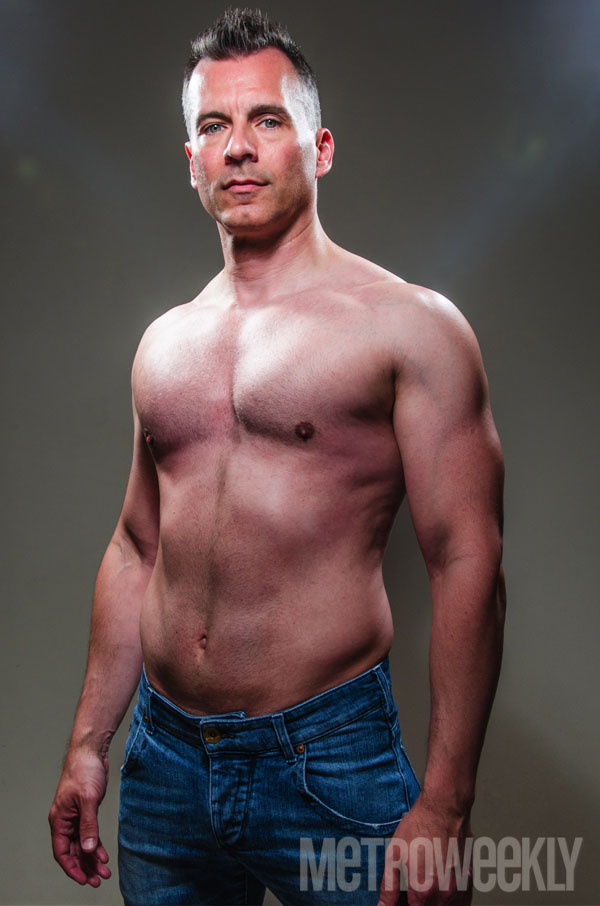 Who was your first celebrity crush?

Christopher Atkins in The Blue Lagoon. I remember seeing that movie and thinking he was the most beautiful thing I’d ever seen. The blond hair, blue eyes. And he was naked through most of the movie.

Ariana Grande, Kylie Minogue and Adele are big on my playlist right now. That sounds very gay, doesn’t it?

You’ll get no judgement from us. What are your three favorite nightspots?

Get Craig’s Coverboy Mug! Sale: 50% Off for a limited time. Click here.

What makes an hour happy?

What’s your drink of choice?

Just about anything with vodka.

Any brand in particular?

I usually go for Stoli, but I’m not all that picky. 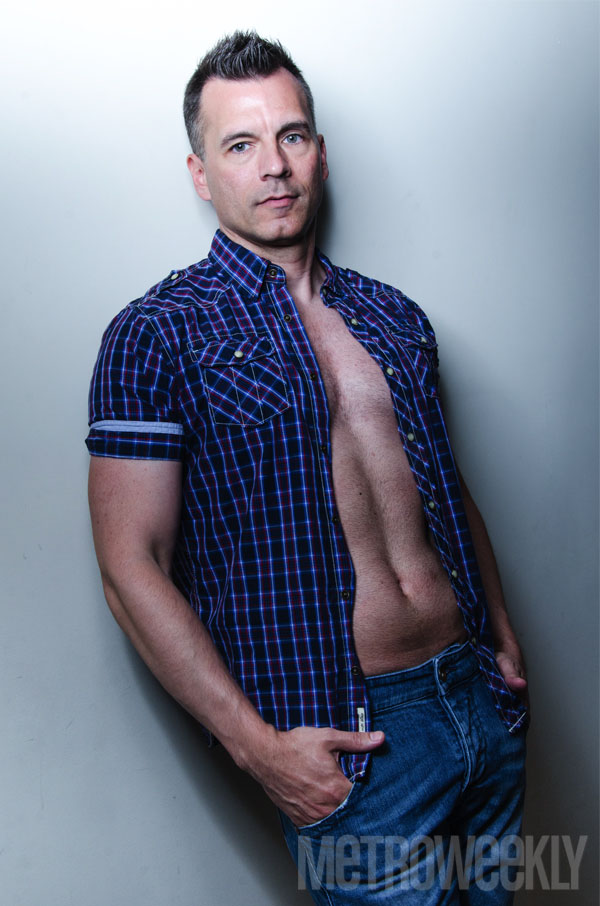 Pick three people, living or dead, you’d like to have drinks with.

Bob Fosse, because he was a genius in the arts and dance and theater. Ellen DeGeneres, because I think she’s really funny. And Colton Haynes — he’s one of the most beautiful men I’ve ever seen and I want to marry him.

People who are inconsiderate. People who, if somebody holds the door for them, don’t say thank you.

What animal would you be?

Boxers, briefs, or other?

Grindr, Scruff, or in person?

In person. I’m old school. I’ve used Grindr and I’ve used Scruff. But I prefer meeting people face-to-face. You’re trying so hard to sound sexy in a text message. I’d much rather meet somebody over a drink where you can actually have a conversation with them.

Is it even possible to sound sexy in a text message?

Probably not. I think sexy is more about your personality and how you carry yourself. You can’t convey that in a text message. A text message is just words.

How many dates have you had so far this year with guys you’ve met on an app?

How many of those were good dates?

They weren’t bad dates. But in one case, I realized immediately that this was not somebody I was going to connect with in terms of sexual chemistry. We actually ended up becoming friends out of it. The other date I thought went well, but when I tried to message him again, he ignored me, so I’m like “Okay, I guess he didn’t have any interest in me. So much for that one.” 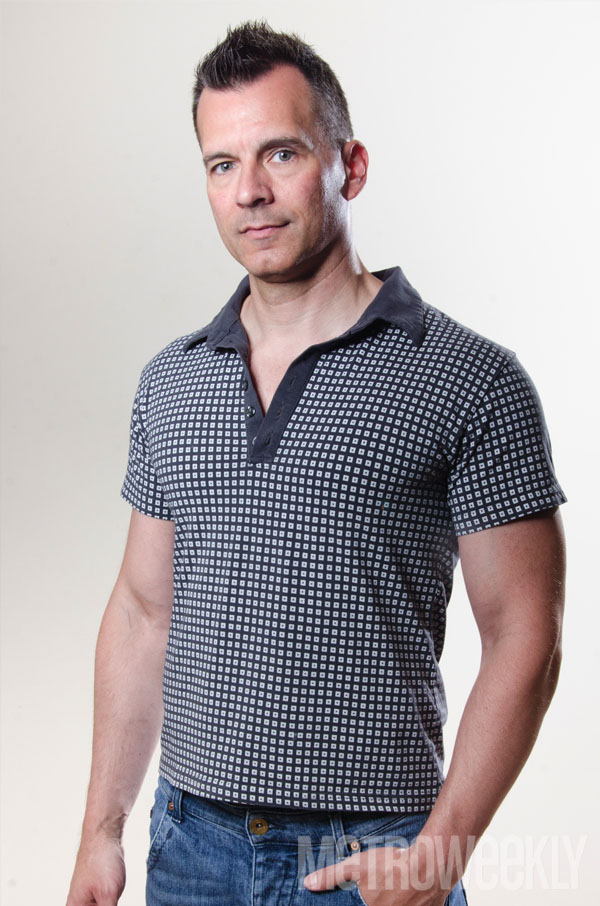 What’s your biggest turn on?

Confidence. Someone who is comfortable with themselves and their body, who knows what they like and what they want.

What’s your biggest turn off?

People who think they’re above you. When you meet somebody and they go to shake your hand and they’re already looking for somebody else to talk to.

Handsome. Good body. Good sense of humor. Loves the arts. Theater, dance, all that kind of stuff. Passionate. Confident. Likes to have fun in bed. Somebody who really wants to keep exploring and finding the beauty in the world and what’s out there.

What makes a person fun in bed?

Somebody who wants to enjoy it and not be shy or timid. If we’re going to get naked and do this, let’s enjoy it. Let’s go out on the balcony. Let’s have sex in the kitchen.

I think you’ve just answered my next question: What’s the most unusual place you’ve ever had sex?

I had sex once on a picnic table in the backyard of my then boyfriend’s aunt’s house. Granted, it was late at night, so it was dark out, and people weren’t around.

What’s the most memorable pickup line you’ve ever heard?

God. I was shirtless. A guy came up to me and said, “Your nipples. Are they hardwired or painted on?” Meaning that if you started playing with my nipples, would I get really turned on, or would it have no effect on me? That was probably the oddest thing I’d ever had a guy say out of the blue.

So, which are they?

Italy. That’s where my dad’s side of the family is from. My great-grandmother was from the town where they hung Mussolini.

I’d prefer a Big Mac, but I eat the salad instead.

That’s tough. I like both. Probably bacon. Yeah. I like the taste of bacon. Nice, crispy bacon. 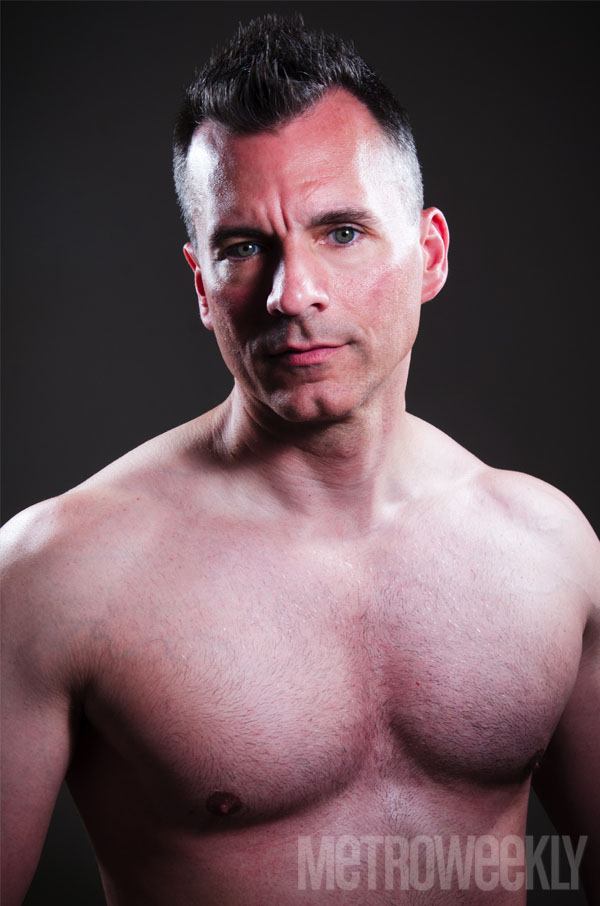 I have a really bad fear of falling from high places. When I get on balconies, if it’s too high up, I start to get vertigo.

Wait. Earlier you said you’d have sex on a balcony.

I just was naming weird places to have sex. I’m not saying that I would actually do that. If you’re only a few floors up it would be fine, but if it starts to get too high up, then I can get a little shaky.

If your home was burning, what’s the first thing you’d grab while leaving?

Can I only grab one thing? I’d probably grab my computer, and then I have a box of old photos. I have a grandfather clock that my grandfather made for me. It’s not full size. He made one for each of his grandchildren, so I would take that as well.

What was your first pet’s name?

What was the street you grew up on?

It’d be a better drag name. Does size really matter?

For me, personally, it matters to an extent. I don’t want to say that it’s the most important thing, but I think it’s more important that the person has something and that they’re comfortable with what they have, and they know how to use it.

That I was a really good person who worked really hard and helped people in some way. That I made their lives easier or happier because they knew me.

Would you rather live longer or be wealthier?

I’d rather live a really, really long life and be happy. Even if I’m always watching the bank account.

President Obama. I think history will show that he’s probably been one of our best presidents ever. He’s managed to get a lot done despite a lot of opposition. He’s had to overcome a lot of hurdles to get to where he is, and I think that’s really, really admirable, and the fact that he’s been able to keep his cool. A lot of the time, with so much adversity in front of him, and so much opposition in front of him, he perseveres, he stays calm and collected and tries to speak logically to people. I think that’s amazing and I really admire that.

What’s your philosophy of life?

Believe in yourself and keep moving forward. Don’t let somebody try to knock you down or try to tell you that you’re insignificant or that you don’t matter. Just keep striving.

Randy Shulman is Metro Weekly's Publisher and Editor-in-Chief. He can be reached at rshulman@metroweekly.com.
← Previous Story Coverboy: Ricardo
Next Story → Coverboy: Adam