DNC officials didn't hold back in their criticism of McCrory, who signed NC's anti-LGBT HB2 into law 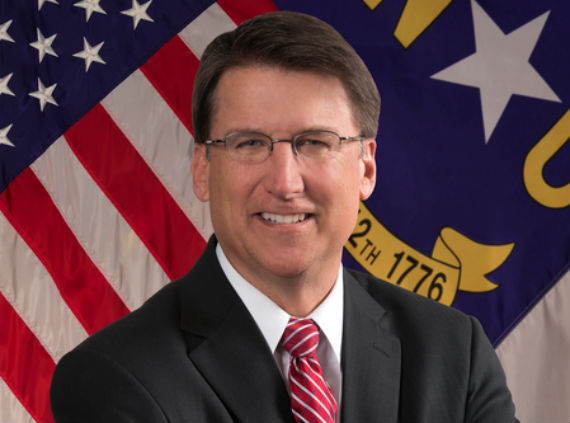 “Our hearts just sink when we see that kind of language being used. It’s unacceptable.”

–Ricky Diaz, campaign spokesman for North Carolina Gov. Pat McRory, speaking with WSOCTV. “It’s a shame that Democrats are being politically correct to the public and to the media, but then, when they’re behind closed doors, they’re calling Governor McCrory names,” he continued.

The massive dump of leaked Democratic National Committee emails that appeared on WikiLeaks has revealed numerous discussions about North Carolina, its Republican governor, and the anti-LGBT law HB2 that he signed into law.

While discussing HB2, a senior Democratic official calls McRory a “moronic little bigot of a tarheel governor.” In another chain of emails, DNC officials celebrated when Pearl Jam announced they were cancelling their concert in North Carolina because of the discriminatory law, writing “awesome” and “this is great.” Dave Miranda, a North Carolina Democratic Party official, denounced the suggestion that the officials were celebrating lost revenue in North Carolina, as Republicans suggested.

“They’re basically saying, ‘Good work, good work, North Carolina Democratic Party, getting the word out there about the damage that this bill is doing,'” said Miranda.

Of course, McCrory himself is no stranger to strong language, as he recently lashed out after the NBA decided to pull their All-Star game from North Carolina due to HB2. McCrory called the decision “total P.C. B.S.“

Rhuaridh Marr is Metro Weekly's online editor. He can be reached at rmarr@metroweekly.com.
← Previous Story Mother of Orlando victim delivers powerful speech at DNC
Next Story → Jim Obergefell: GOP “does not consider us human”