Donald Trump should opt for Mexican President Enrique Peña Nieto to fill his VP slot, according to our readers 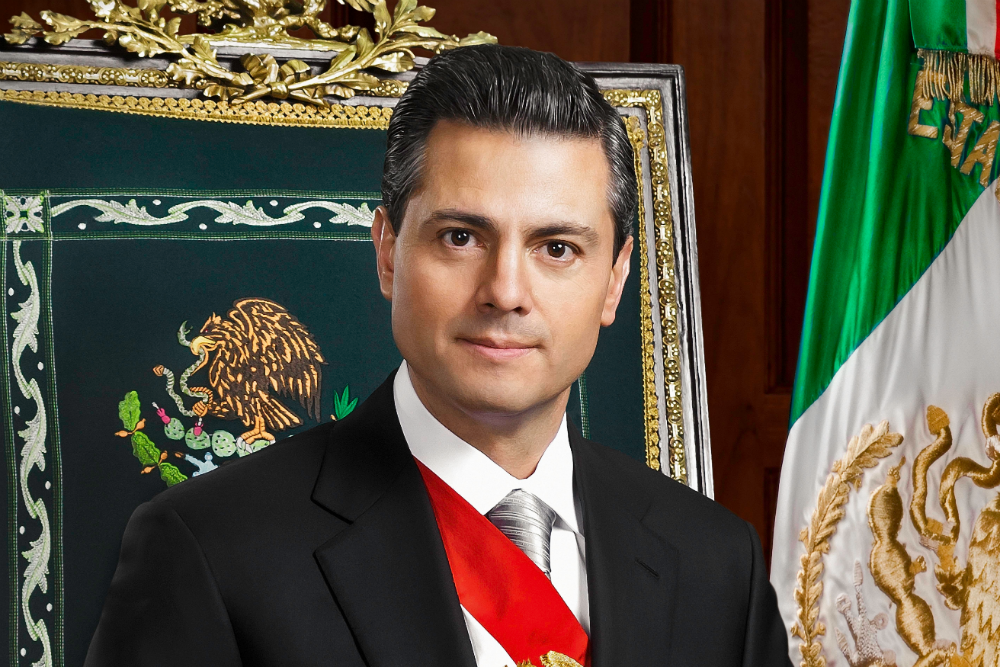 In a barely scientific poll conducted on our website, 53% of respondents believed that Peña Nieto was the absolute best choice to run alongside Trump, beating out such establishment favorites Chris “Lapdog” Christie, Newt “I’m a Lizard” Gingrich and Mike “Half a Six” Pence.

Poliglot took this as the perfect opportunity to explain why Peña Nieto would be a perfect choice for Candidate Trump.

Having worked in politics for 30 years, Peña Nieto would deftly balance Trump’s utter lack of political expertise. The Mexican President would offer valuable tips on how to lead a nation without a hint of racism. He’s also got better hair and is far more handsome, with lips that are broad and full and not puckered and puffy. And he looks regal. Trump, by comparison, looks like someone tread cheetos into the carpet of a Regal Cinema.

Peña Nieto would bring vim, vitality and vigor to a campaign personified by a self-proclaimed billionaire with a questionable hairstyle who spouts insensitive comments from podiums and allegedly thinks Jewish stars look best when paired with piles of cash. As a bonus, the dashing Mexican would boost Trump’s incredibly low polling numbers among Hispanic Americans and superficial gays.

Nothing, of course, that Trump has prattled on mindlessly about while on the campaign trail suggests that a Mexican Vice President would be a controversial choice. The Donald loves Hispanics. Especially when they’re filling taco bowls at Trump Tower Grill.

The presumptive GOP nominee’s sizeable bloc of white, uneducated, racist, and xenophobic supporters also love the Hispanic community — especially those who immigrated from Mexico. And all have been particularly encouraged by The Supreme Orangina’s messages of love and tolerance for all creatures, great and small.

Except for that pesky little moment Trump called Mexican immigrants “criminals, drug dealers and rapists.” Oh, and except for that bit about building a wall that Mexico will shell out the cash for because Trump says so.

Well, some of our readers opted for a safe, predictable veep: Sarah “[Incomprehensible Message]” Palin, with 19% of the vote. The former governor of Alaska has already joined Trump on the campaign, and would help personally usher angry Tea Partiers to voting booths, likely with the help of an NRA-approved (you betcha!) hunting rifle. Palin also has experience of campaigning as a vice presidential nominee, which went swimmingly for her running mate last go around.

Elsewhere, former Congressman Newt Gingrich — one of two hot picks for the VP slot, according to media reports — cruised into third place with 13% of the vote. Fun fact: Gingrich opposes marriage equality, which must make family gatherings a hoot when his lesbian half-sister Candace turns up.

Governors Chris Christie and Mike Pence weren’t popular at all with our readers. Despite abandoning his presidential campaign and throwing his political pennies behind Trump, the sycophantic New Jersey governor managed a meager 3% of the votes. Ouch.

Pence — who valiantly aided in bringing Indiana’s anti-LGBT “religious freedom” law to fruition, then promptly called for it to be fixed when businesses fled his state — got no votes whatsoever. Double ouch.

Both men were beaten in popularity by the “Other” category, which produced several somewhat interesting choices. Asked who should be Trump’s VP, readers suggested:

One reader seemed uncertain as to who could properly fill the VP slot, asking, “There aren’t any other random piles of shit laying around?” That’s the spirit!

Poliglot hopes Trump will listen to Metro Weekly readers and make the right choice. What do you think? Who’s the best choice for The Donald? Let Poliglot know in the comments.