Krys Fox: “They shoved my face in the sand in front of hundreds of people, I was humiliated.” 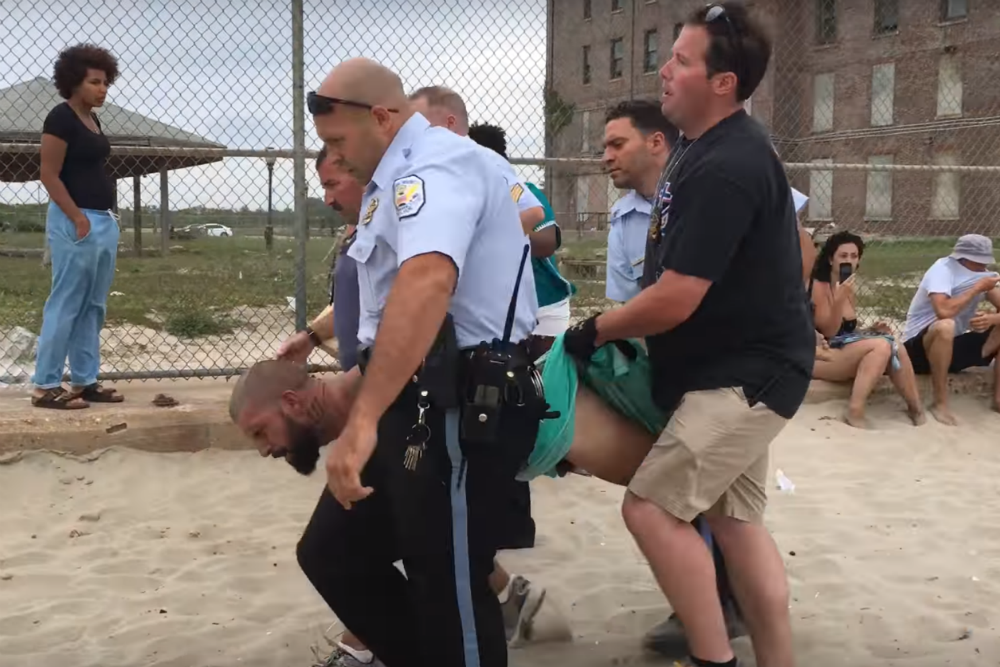 “They shoved my face in the sand in front of hundreds of people, I was humiliated.”

—Krys Fox, a New York City photographer, talking to DNA Info about his arrest at a beach in Queens. Fox had been spending his 4th of July weekend on the Riis Park Beach, which is known for being a safe spot for LGBTI people and friendly to nude beach-goers. However, Fox alleges that his towel slipped as he photographed a friend, which resulted in him being quickly surrounded by police officers.

“They didn’t read me my rights, they handcuffed me,” he said. “They shoved my face in the sand in front of hundreds of people, I was humiliated.” Fox said he was unaware of what he did wrong in the moment, but recalled their unrelenting treatment. “I got an arm around my neck and they threw me to the floor and was literally surrounded.”

In a video recorded by a bystander, Fox can be heard yelling “Help me! Please help me! Film this!” and was carried off the beach by a group of officers.

National Park Service officials claim that Fox refused to cover up when asked to do so by an officer and was arrested for disorderly conduct and public nudity after being “uncooperative.” Fox, who was jailed for three hours after the arrest, will be asked to appear in federal court or pay a fine.

NY state Senator Brad Hoylman condemned the treatment of Fox. “Jacob Riis Park has been a safe and peaceful haven for LGBT beachgoers for decades. I find any harassment of beachgoers at Jacob Riis and the overwhelming display of force demonstrated by the United States Park Police yesterday to be utterly repugnant,” he said.

“The National Police should be ashamed. Just last week we designated Stonewall as a National Monument,” he continued. “Based on news accounts, I hope the police apologize to Mr. Fox and any pending charges against him are dropped.”

Watch the video of the arrest: