BlackBerry's latest smartphone is another misfire, a rebadged band aid of a device that won't help the company 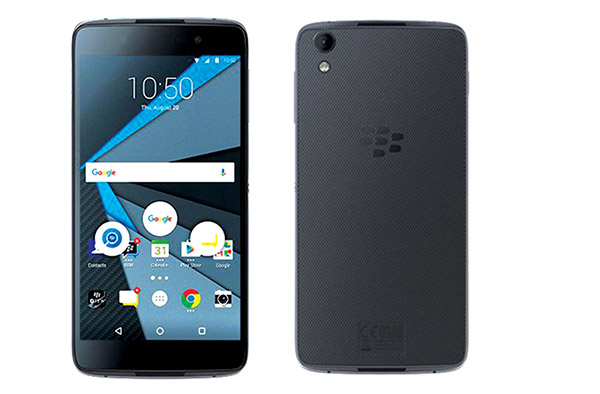 BlackBerry’s smartphone business has teetered precariously on the precipice of death for a few years now. As consumers abandoned their Bolds and Curves and picked up iPhones and Samsungs, the company formerly known as RIM seemed uncertain of how to react. Their homegrown OS struggled to adapt to the demands of a new generation of smartphone users. BB10 was launched to solve that problem, but failed to make an impact. As Windows Phone became a punchline for failing to match the success of Apple and Google, BlackBerry was relegated to a sorry footnote.

Last year, came hope. With the Priv, BlackBerry turned its back on making its own software and embraced Google’s Android OS. It had a big, beautiful display, a high-megapixel camera, and a slide out keyboard that evoked BlackBerry’s heyday.

It also came with a $700 price tag. Grossly overestimating what people were willing to pay for a BlackBerry, the Priv flopped. Hard. BlackBerry hasn’t sold more than a million by most estimates. Apple sold 40 million iPhones in the third quarter alone.

Rumors swirled that BlackBerry had learned from its mistakes with the Priv and would be bringing three new Android phones to the market this year. Prices would be lower, specs would be good, security would be paramount. And then, this week, the company announced the DTEK50, the smartphone equivalent of a last gasp.

In an effort to drive down costs, BlackBerry isn’t making the DTEK50. Instead, it turned to TCL, parent company of Alcatel, a company best known for making the basic phones teens carried in the early ’00s. The DTEK50 isn’t an original device, it’s a rebadged Alcatel Idol 4. BlackBerry has swapped out the back and baked their own take on Android into it, but don’t be fooled: this shares no design lineage with your old BB Bold.

It’s tough to see what the point of it is. It’s not that the DTEK50 is a bad phone — awful name notwithstanding. It’s thoroughly midrange, with a 5.2-inch 1080p display, Snapdragon 617 Octa-Core processor, 3GB of RAM, and a 13-megapixel camera. BlackBerry has ensured safety is a top priority, encrypting it, making the bootloaded more secure, hardening the kernel, and creating a hardware “Root of Trust.” If none of that makes any sense to you, just know that BlackBerry has worked hard to cure Android’s reputation for being more susceptible to malware than iPhones. The DTEK50 is available to preorder now (with a free portable charger!) for $299, and it will ship August 8. Keep your credit card in your wallet. 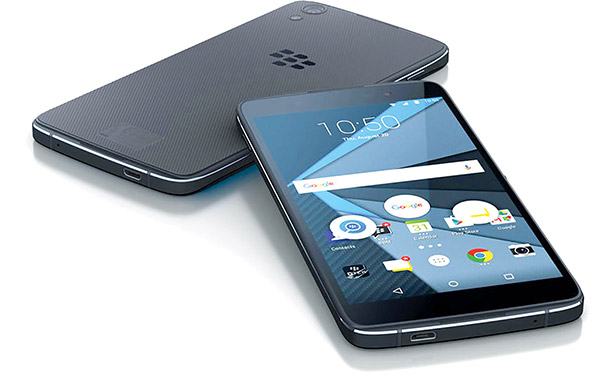 The DTEK50 is $299, and that’s important. It’s a much more accessible price point for — not just for the average consumer, but for the enterprise market that BlackBerry is clearly chasing. The only problem is that they are also chasing consumers, and at $300, just like at the $700 price point of the Priv, there’s a lot of established competition. Sure, you could get the middling DTEK50, with its uninspired design and middling specs, or you could get the Nexus 5X. Google’s smartphone is also built by another company (LG), but it eclipses the DTEK50. Not only is it available for as little as $250 right now, it features one of the best fingerprint scanners out there, an excellent camera, a more powerful processor (the same one as the Priv, actually), and will get the latest updates from Google as soon as they’re available. There are others, too, such as Motorola’s G4 Plus ($249), which easily eclipse the DTEK50 in both design and features. Heck, the BlackBerry Priv is available unlocked from AT&T for $300 depending on where you look.

In announcing the DTEK50, Blackberry patted itself on the back, proclaiming: “We’ve turned Android into a secure mobile platform.” That’s great, and they even produced a fun video asking people on the street how much they knew about the security of their device. Those people promptly responded with variations of “Not a lot.” BlackBerry tries to convince them to care about their security, but really, there’s a problem here: most people don’t care. They buy a phone, they set-up a pin code or fingerprint, and they call it a day. If BlackBerry hopes to sell its phones by telling people “Your dick pics might be stolen and used to blackmail you! We can make that a little less likely!” they’re not going to get very far.

Where BlackBerry might make an impact is in the enterprise market. There, businesses that buy devices en masse for employees will like the lower price of the DTEK50. Again, though, BlackBerry runs into the problem that Google’s Device Administration function lets an employer shut down certain aspects of any devices that connect to its services. Samsung has its Knox security service, which creates an entirely separate workspace on devices, to ensure data can’t be breached. Apple has worked hard to make iPhones more enterprise-friendly, as users clamor to bring their own smartphones to work. BlackBerry may have beefed up Android’s security, but they’re not the only one working to make phones that can better function in the office.

BlackBerry’s problems aren’t insurmountable. If the Priv had launched for $200 less, perhaps it would have been better received. If rumors of two future devices — one with a big, high-resolution display and top-notch specs, and the other with a fixed keyboard and premium build — pan out and they’re available at prices palatable to the average consumer, BlackBerry could start to right the wrongs of its smartphone division.

The DTEK50 is not the device to fix BlackBerry’s woes. It represents a company struggling to find itself. Rebadging another company’s product is a band aid, a quick fix, offering a low cost, low risk way to bring a new device to market. It’s also a lazy solution to a problem caused mainly by ignorance to the movements of the smartphone market at large. The Priv should never have been $700, BlackBerry shouldn’t have tried to go it alone with BB10, nobody needed the BlackBerry Leap. But with the DTEK50, we have the first real sign that BlackBerry has lost something. Google assigns other manufacturers to make its hallowed Nexus devices, but it has a key role in designing components. All BlackBerry did here is slap their logo on and call it a day. To call it uninspiring would be too kind.

The Priv signalled that BlackBerry had some of their fire back. Much like the Passport, it was niche, but it was interesting. But it was way overpriced and doomed from the start. The DTEK50 is definitely not interesting, but it’s also overpriced. Why would a business order the DTEK50 when a Nexus 5X, with a fingerprint sensor, device encryption, and Google Apps Device Policy retails for less? Why would a consumer buy a DTEK50 when there are several other devices out there — including BlackBerry’s own Priv — that offer more for either the same or less. And as a final kicker for BlackBerry’s consumer ambitions? There’s no indications the DTEK50 will be available from a carrier.

The DTEK50 won’t be BlackBerry’s last gasp in the smartphone world, but boy, does it feel like it.

The BlackBerry DTEK50 is available to pre-order now from ShopBlackBerry for $299 and comes with a free BlackBerry Mobile Power Charger.

Rhuaridh Marr is Metro Weekly's online editor. He can be reached at rmarr@metroweekly.com.
← Previous Story Samsung’s Galaxy S7 Edge is boring, and that’s why it’s brilliant
Next Story → Apple announces iPhone 7, 7 Plus, and Watch Series 2