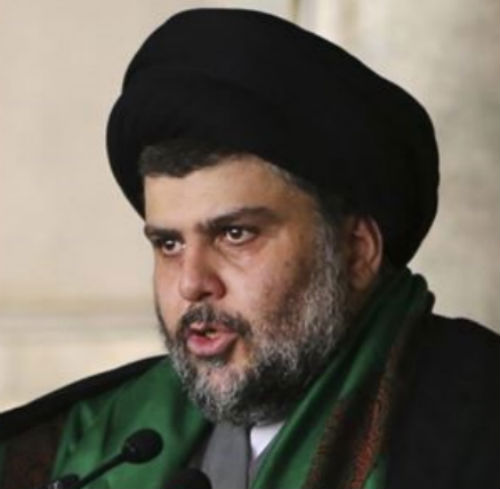 Human Rights Watch is calling upon those in Iraq to heed Shia cleric Muqtada al-Sadr’s July statement, calling on Iraqis to distance themselves from, but not to attack, LGBT people and others who don’t conform to gender norms.

The human rights organization has previously documented kidnappings, executions, and torture by both militia groups and al-Sadr’s Mahdi Army of men perceived to be gay.

The Mahdi Army used the fear of the “third sex” and the “feminization” of Iraqi men to justify support for the killings. While Human Rights Watch acknowledges that al-Sadr still holds anti-gay attitudes, the organization says it’s an improvement that he is telling his followers to refrain from violence.

“Finally, the head of one of the groups whose members have carried out serious abuses against lesbian, gay, bisexual and transgender people in Iraq is condemning these heinous attacks,” said Joe Stork, the group’s deputy Middle East director. “We hope this will change behavior in successors to the Mahdi Army and other ranks, and spur the government to hold accountable those who commit these crimes.”

Human Rights Watch called upon al-Sadr to enforce his own decree by ensuring those militia members under his commands obey the order, and hold accountable those commanders who violate it. It also called upon the Iraqi government to punish those who attack LGBT or gender-nonconforming people. Human Rights Watch says the government should take steps to protect sexual minorities, and should decriminalize extra-marital sexual relations. Iraq’s Penal Code does not directly criminalize same-sex relations, but existing laws criminalizing extra-marital relations are often used to punish men suspected of being gay.

“While al-Sadr is still a long way from fully embracing human rights for LGBT people, his statement shows that he understands the importance of stopping abuses against them,” Stork said. “The statement represents an important change in the right direction, ad should be followed by concrete actions to protect LGBT people from violence.”

John Riley is the local news reporter for Metro Weekly. He can be reached at jriley@metroweekly.com
← Previous Story Rio 2016 is the gayest Olympics ever
Next Story → Hundreds protest murder of trans activist in Istanbul