DC officially has a new gay bar: The Dirty Goose

Daniel Honeycutt and Justin Parker are relieved to finally be opening their dream bar. The partners (both in life and business) had initially thought they’d be shaking up martinis and serving them to LGBT customers in the U Street corridor sometime last spring. But with renovations came delays.

“We set our deadline too early,” concedes Parker, who focuses on the service side of the business. “We set our hopes really high, and then reality hit in April. Construction was a bigger beast than I thought it would be. I think we had in our heads that this was a simple renovation. But any time you move a single post, or a wall, it’s all going to come crumbling down and you’re going to have to build it back up at some point.” Honeycutt adds that the six-month process of obtaining the permits and undergoing various inspections was more challenging than he anticipated.

But the date has finally arrived. The Dirty Goose, an upscale martini bar that will cater to both after-work and casual crowds, is will fling open its doors tonight, Thursday, August 18. The key to success, the owners say, will be balance.

The Dirty Goose makes efficient use of space in what was once a three-story rowhouse. The first floor will house the restaurant, while the second floor is the main bar area. The third level boasts an open rooftop, featuring umbrella-covered tables and a second bar. One challenge that remains may be finding a way to provide a breeze on the rooftop, especially during the sweltering remains of August.

“We might have to create our own Beyoncé wind,” laughs Parker.

About forty close friends and business associates of the couple attended a “soft open” event held on Tuesday. All seemed eager to partake of the Dirty Goose’s food offerings. Indeed, the restaurant’s menu is ambitious, with the kitchen producing small plate appetizers, entrees and salads, as well as a weekend brunch menu featuring a number of small-plate options, coupled with the “bottomless” alcohol — mimosas, rose mimosas, or Bloody Marys. Honeycutt and Parker expect to introduce minor seasonal adjustments to the menu, but say the bulk of it will remain constant.

The Dirty Goose’s primary draw is its hand-crafted martinis, all prepared with — what else? — Grey Goose vodka (gin can be substituted on request). Parker prefers the signature cocktail, the Dirty Goose, prepared with vodka, olives and vermouth, though the strawberry mimosa martini may end up being the standout hit. Honeycutt expects their cosmopolitan — a blend of vodka, limes, and Triple Sec — to be a go-to for many.

“We’re trying to create an option for people where they can come and have a great dinner during the week, but also find a typical nightlife scene on a Saturday night,” says Honeycutt, who has plans to bring in local DJs to spin, starting with Matt Bailer at Thursday’s grand opening, and Shea Van Horn on Friday, Aug. 19.

The Dirty Goose officially opens its doors at 913 U St. NW on Thursday, Aug. 18 at 4 p.m. Visit thedirtygoosedc.com.

Exclusive: Ricky Martin on the power of music, Pulse Nightclub, and why he supports Hillary 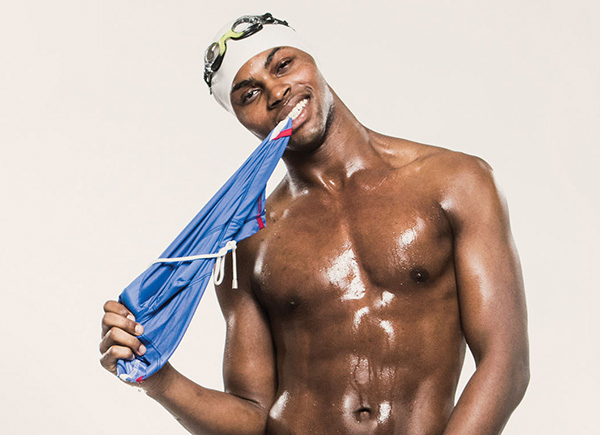