By John Riley on September 23, 2016 @JohnAndresRiley 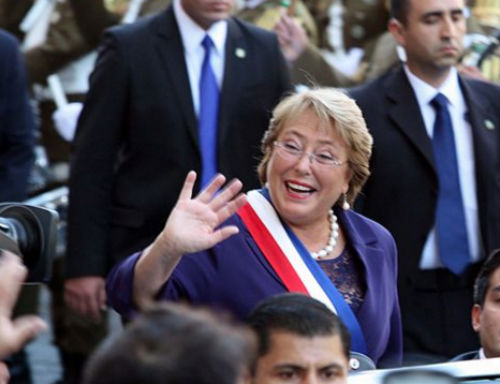 Chilean President Michelle Bachelet is going to put legalizing marriage equality at the top of her agenda for next year.

On Wednesday, Bachelet told a United Nations General Assembly panel on LGBT rights that she intends to send a bill making same-sex marriage legal to Congress in the first half of 2017, according to Reuters.

As in those other nations, the Roman Catholic Church remains one of the largest and staunchest opponents of same-sex marriage within Chile. But Chile has also lagged behind its neighbors when it comes to adopting progressive positions on social issues. For instance, the country was the last in the Western Hemisphere to legalize divorce, and is one of the few that still outlaws abortions in all cases, with no exceptions even in cases of rape or to save the life of the mother.

In an interview with BuzzFeed, Bachelet said that it is becoming “increasingly clear that a family is a family,” adding: “I believe we needs to expand people’s rights, and LGBT people have to have the same rights as everyone.”

Bachelet also vowed to continue pushing ahead with her efforts to pass legislation around social issues, such as LGBT rights, in order to keep the campaign promises she made when elected.

“I don’t lead the country thinking on my popularity,” she said. “I lead the country according to the promises I made and the commitments I took with people during the election, and they voted for that.”

John Riley is the local news reporter for Metro Weekly. He can be reached at jriley@metroweekly.com
← Previous Story Anti-gay U.S. pastor calling for killing gays is deported from Botswana
Next Story → UKIP leadership candidate accused BBC of “tranny-pushing”