DC Shorts returns to celebrate the art of short film

The DC Shorts Film Festival celebrates the art of brevity.

By Randy Shulman on September 8, 2016 @RandyShulman 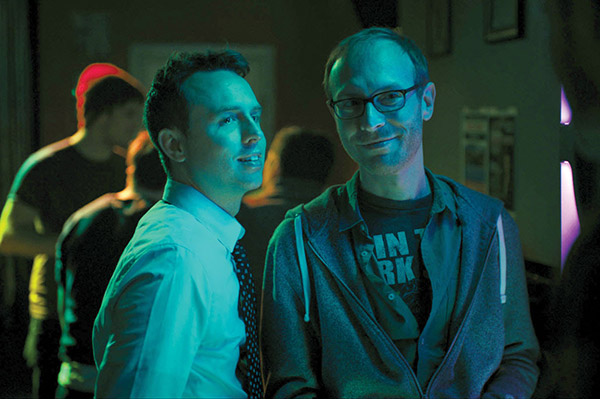 Seeking: Jack Tripper, one of 6 LGBT short films in a special program at DC Shorts

“You really do try and put everything into a program. You try and have something light and something darker, a documentary, an animation, maybe an international,” says Joe Bilancio, Director of Programming for the DC Shorts Film Festival, which runs through Sept. 18, chiefly at Landmark’s E Street Cinema. “While we don’t guarantee that every program is made up of those, we really do try to give people an experience of all genres and all types of the short films.”

This is the first year Bilancio has handled programming for the 14-year-old festival, but he’s no stranger to the world of film festivals, having programmed D.C.’s LGBT Reel Affirmations (returning in October this year), as well as the Rehoboth Beach Independent Film Festival and the Miami-Fort Lauderdale Gay Film Festival.

Aided by a veritable army of reviewers, Bilancio and Associate Programmer Derek Horne viewed 1,368 submissions for this year’s festival, culling the final number down to 131. Bilancio bemoans that they could have added another few hundred to that final tally. “There’s literally at least another 200 films that were so good, you’re almost crying that you can’t screen them,” he says.

As for the popularity of the short film format, “it’s simple — you don’t see them a lot, which is wonderful for festivals like ours who really promote the short film as a craft.” And it is indeed a craft. “I think there’s difficulty in succinctly telling a story,” he says. “And when it’s done right, that becomes sort of a beautiful thing. These aren’t typically teasers for features — they’re really self-sufficient films. To have a beginning, a middle, and an end and an arc in a short amount of time is completely fascinating. Some people do that very, very well. Some people not so much. We think the films we have in the film festival do a good job of telling a story in a succinct amount of time.”

Pressed to pick a favorite in this year’s festival, Bilancio eventually points to Pickle, a 15-minute documentary about a couple who adopt injured animals — including a fish that can’t swim and a paraplegic possum — and pamper them. “It’s a comical, yet sincere, sympathetic view of these people and what they’ve given to these animals,” he says. “It just gets so bizarre as it goes — just one thing after another. You’re going, ‘This can’t be true,’ starting to think this is a mockumentary, but it’s really not. By the end, you’re like, ‘Oh, my God. I could’ve heard more stories about more animals that they’ve found.'”

The DC Shorts Film Festival runs Sept. 8 to 18 at various locales throughout the city (though most of the Showcases are at the Landmark E Street Cinema). Tickets are $12 to $15 with all-access passes available for $125. Seventy-five of the shorts are available for online viewing for $30. For detailed information, visit dcshorts.com.

Randy Shulman is Metro Weekly's Publisher and Editor-in-Chief. He can be reached at rshulman@metroweekly.com.
← Previous Story 6 LGBT short films you need to see at DC Shorts 2016
Next Story → Miss Peregrine’s School for Peculiar Children (review): Go to Hogwarts instead