By John Riley on September 4, 2016 @JohnAndresRiley 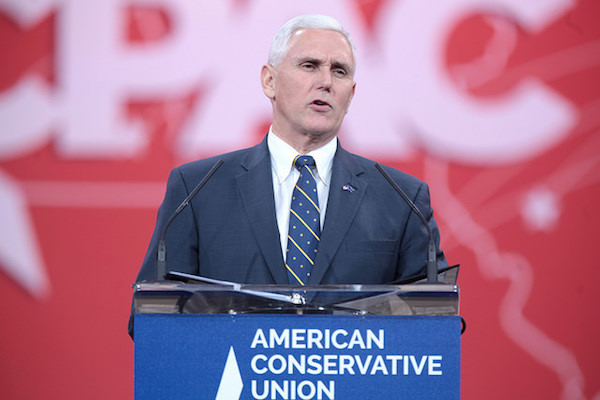 “The homosexuals are not as a group able-bodied. They are known to carry extremely high rates of disease brought on because of the nature of their sexual practices and the promiscuity which is a hallmark of their lifestyle.”

–Col. Ronald D. Ray, arguing against allowing homosexuals to serve in the U.S. military in an article published in the Indiana Policy Review in 1993 obtained by Right Wing Watch. The journal was published by the Indiana Policy Review Foundation, a conservative think tank where Ray was a senior fellow and Vice Presidential candidate Mike Pence served as president. In the article, published with Pence’s name on the masthead, Ray attempted to describe gay sexual practices in great detail to show that gay men were unfit to serve in combat.

Ray argued in the piece that understanding homosexual practices would shine a light on why allowing gays to serve in the military would pose a risk to the morale, safety and health of fellow service members.

“About 30 percent of homosexuals admitted to having ‘showered’ in the urine of others, and about 20 percent admitted to ingesting urine. About 15 percent said they regularly seek to be urinated upon, and over 8 percent said they regularly ingest it. In the latest national random survey, 17 percent of homosexual admitted to having eaten or handled the feces of their partners, and 12 percent reported to giving and receiving enemas for sexual pleasure. Sadomasochism — at least a quarter of homosexuals admit to ritual domination of partners, which involves the use of physical force, violence, and sometimes mutilation as a sexual stimulant.”

As Slate‘s Mark Joseph Stern noted, many of the studies cited by Ray for the article are “conspiratorial anti-gay tracts” with a decidedly anti-gay bias. But Ray appears to have gone for the “ick” factor, attempting to shock his readers into seeing gays as depraved, deviant beings who pose a risk not only to the military, but society in general via AIDS. He also argues that the homosexual lifestyle should not be condoned or accepted, writing: “It is often argued by homosexual advocates that this destructive behavior is merely a reaction to society’s unwillingness to accept homosexuality. But San Francisco, with its open validation of homosexuality, has an overabundance of the social and medical woes associated with homosexuality.”

Ray’s screed also touches upon accusations of pederasty by citing “adult-child” sex as promoted by organizations like NAMBLA, the likelihood that gays are more of a security risk because of the potential for blackmail, and that gays’ “sexual infidelity and promiscuity” run counter to the “moral order America was founded upon.” He then concludes: “One thing is certain: homosexuals would move rapidly forward in their quest for a new gender and sexual moral order, if the military ban on homosexual behavior is lifted.”

John Riley is the local news reporter for Metro Weekly. He can be reached at jriley@metroweekly.com
← Previous Story Sir Ian McKellen: Gay men are more masculine than straight men
Next Story → Texas judge declares same-sex couples can be denied benefits