By Metro Weekly Contributor on September 15, 2016

Best known as a singer-songwriter, both solo and in “anti-folk” band The Moldy Peaches, Adam Green also dabbles in film. His latest is a poetic and subversive take on the classic tale starring Adam as Aladdin, who lives with his dysfunctional family in a town ruled by a corrupt leader with a socialite daughter. Natasha Lyonne, Macaulay Culkin, Francesco Clemente, Har Mar Superstar, Devendra Banhart, and Zoe Kravitz co-star. Green will perform his original soundtrack after the film screens. Wednesday, Sept. 21. Doors at 7:30 p.m. Black Cat, 1811 14th St. NW. Tickets are $15. Call 202-667-4490 or visit blackcatdc.com.

As summer nears its end, thoughts naturally turn to jousting, feasting, crafts, theater, music, and merriment. Yes, it’s time once again for Maryland Renaissance Festival, one of the world’s largest festivals recreating 16th century England. Now in its 40th season and set in a park outside of Annapolis, Md., the festival encourages patrons to dress up in period costume. (They’re available to rent if you don’t have your own doublet and hose.) Just don’t bring weapons, real or toy, or pets, as they tend to eat the turkey legs. Weekends through Oct. 23. Maryland Renaissance Festival, Crownsville Road, Crownsville, Md. Tickets are $17 to $22 for a single-day adult ticket. Call 800-296-7304 or visit marylandrenaissancefestival.com.

Not your average nationally touring Prince cover band. You may not know Gretchen Lieberum, but you certainly do her cohort Maya Rudolph, best known as a Saturday Night Live alum, lesser known as the daughter of late multi-octave singer Minnie Ripperton of “Loving You” fame. Together, Rudolph and Lieberum offer a love letter to the dearly beloved legend, gone too soon. Sunday, Sept. 25. Doors at 7 p.m. Nightclub 9:30, 815 V St. NW. Tickets are $30. Call 202-265-0930 or visit 930.com. 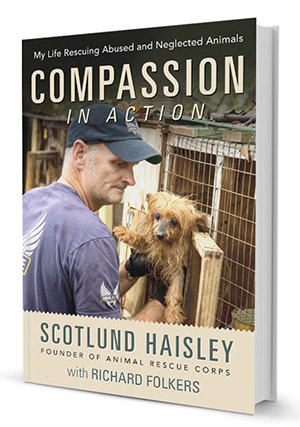 Compassion in Action: My Life Rescuing Abused and Neglected Animals focuses on the work of Scotlund Haisley, who has rescued an estimated quarter of a million animals from abuse, neglect and cruelty as part of the Humane Society, the Washington Animal Rescue League, and Animal Rescue Corps. Co-written with former U.S. News and World Report journalist Richard Folkers, this memoir documents how ARC has partnered with law enforcement to raid puppy mills and laboratories, as well as its work in responding to natural disasters such as Hurricane Katrina. Saturday, Sept. 17, at 1 p.m. Politics and Prose, 5015 Connecticut Ave. NW. Call 202-364-1919 or visit politics-prose.com.