The original Rocky Horror Picture Show wasn’t a very good movie. The Fox remake doesn’t do much to improve things.

By Randy Shulman on October 19, 2016 @RandyShulman 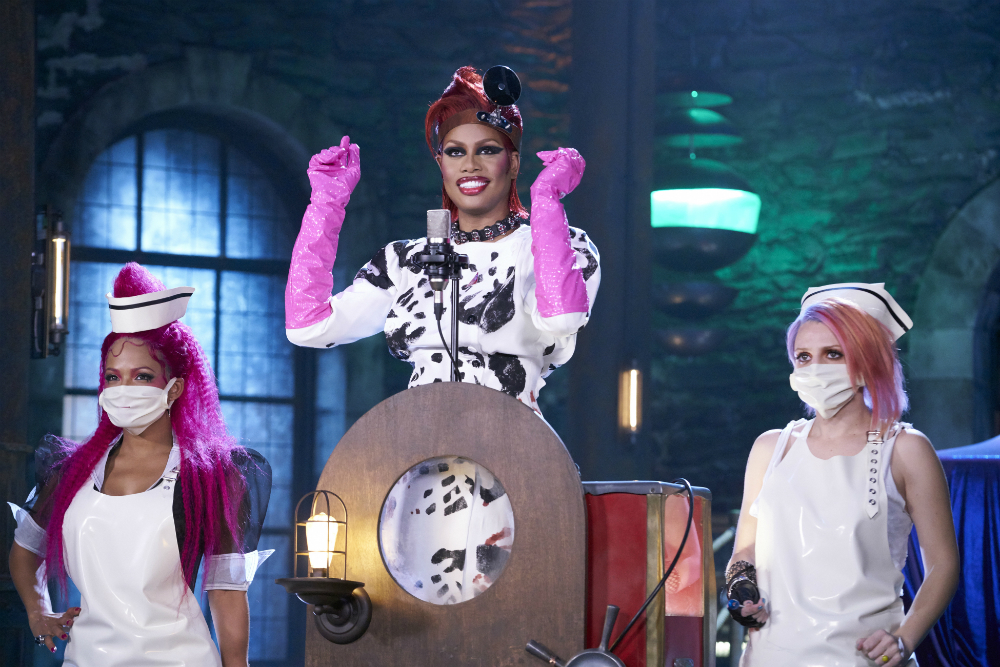 Let’s face an honest fact: The Rocky Horror Picture Show is not a good movie. Taken on its own, it’s just barely endurable and, apart from a bravura, career-launching performance from Tim Curry in the role of Dr. Frank-N-Furter, the “sweet transvestite from Transylvania,” and the ability to see Barry Bostwick, Susan Sarandon and Meat Loaf in the nascent stages of their careers, the movie, clumsily directed by Jim Sharman, is genuinely quite dull.

There are a few notably original touches — it has, indisputably, one of the most memorable opening credit sequences in the history of film, with Patricia Quinn’s lascivious lips miming to Richard O’Brien’s haunting vocals of a sumptuously orchestrated “Science Fiction Double Feature.” And O’Brien’s catchy score, along with Curry, is the film’s saving grace. But as a whole, The Rocky Horror Picture Show is virtually unwatchable.

Unless… you see it in a packed theater with an audience in full participatory mode, shouting in unison at the screen to fill the dead spots, hurling rice and toilet paper on cue, doing the “Time Warp” (again). Audience participation, which grew organically out of late night showings of the movie at the Waverly Theatre in New York’s Greenwich Village, transformed Rocky Horror from an average spoof of B-films into something more. It became a pop-culture icon. 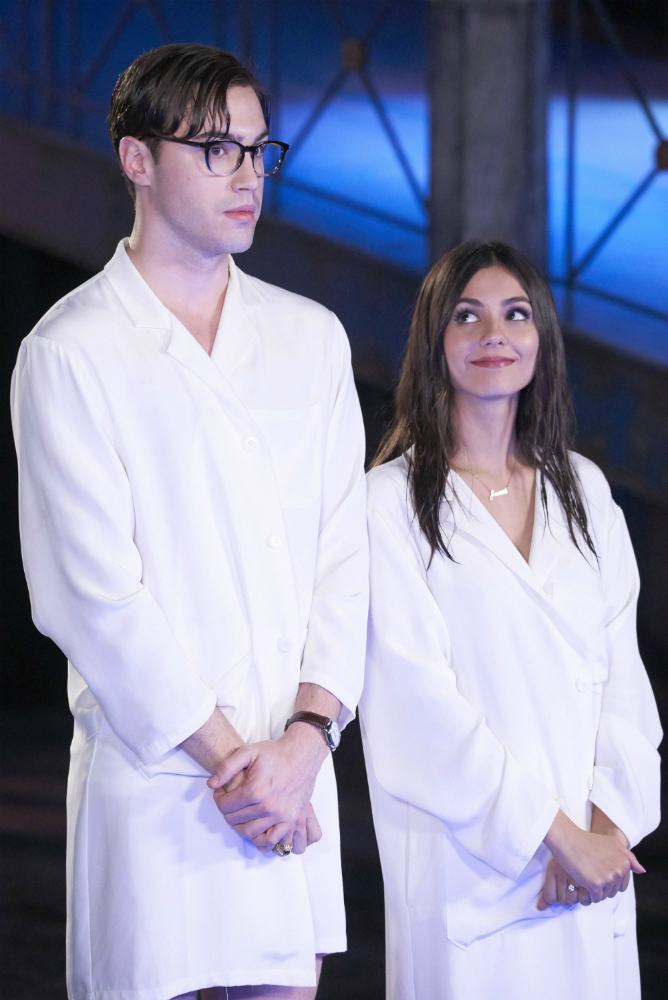 With the recent, Glee-induced craze to produce musicals on television — including NBC’s wan Sound of Music and stupefying botch of Peter Pan, and Fox’s buoyant but fundamentally blase Grease — it seems odd to select a musical that is, at its core, subpar at best. (There are far better options for a Halloween musical — Little Shop of Horrors immediately springs to mind.) And to remake it with slavish nod after nod after nod after nod to the original film is an exercise in redundancy. It’s a waste of the filmmakers’ efforts and our time. Why not reinvent the pig instead of just throwing more glitter on it?

Still, as a longtime fan of Rocky Horror, to the point where I make a Pavlovian purchase of every anniversary DVD release (whereupon I watch the movie, skip to the songs, and wonder aloud, “Why the hell did I buy this again?”), I must admit I was curious to see what Kenny Ortega would do with the project, officially rechristened The Rocky Horror Picture Show: Let’s Do the Time Warp Again (

Ortega, whose career as a film choreographer includes Dirty Dancing, Xanadu and Newsies, and who later went on to concoct the High School Musical series for Disney, is undeniably talented. But none that talent is on display here. Case in point: it’s remarkable how badly the show’s iconic showstopper, “Time Warp,” is handled. You would think “jump to the left and then a step to the right” would be simple to get across. Ortega gussies it up to the point that it’s a cluttered hash of steps that barely register. Part of the problem lies with William Ivey Long’s costumes for the party guests. Rather than a cohesive look — in the original they were wearing ill-fitting tuxes and sunglasses, giving them a punk pastiche — Ivey Long goes for a vomitous glam-rock look. The guests look like a giant, undulating tub of glitter. 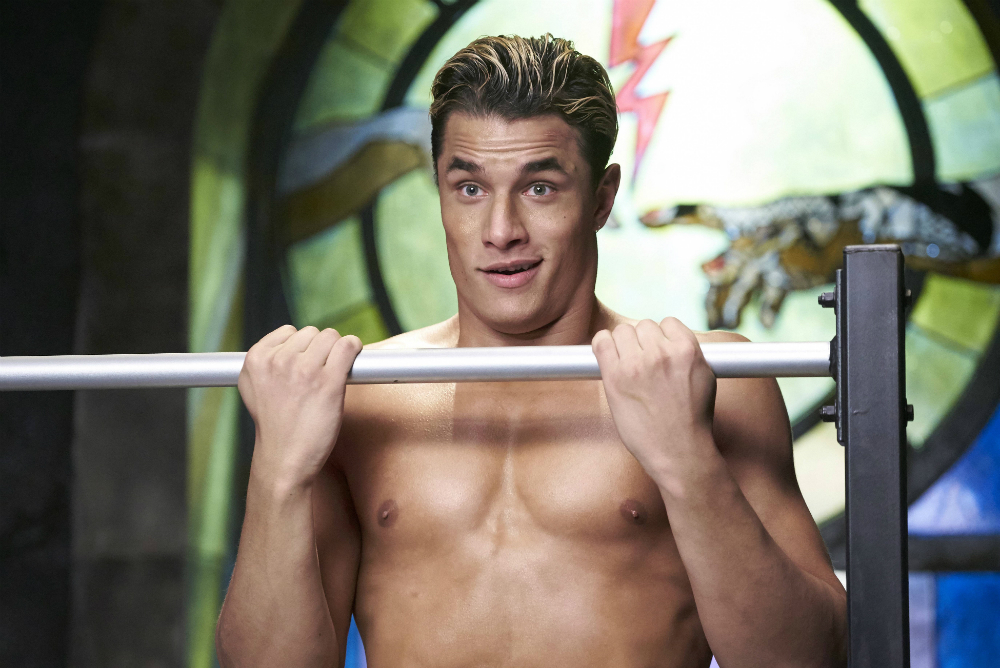 There’s little point in getting into the plot, suffice to say that the story remains fully intact with a few minor tweaks. Frank-N-Furter’s nighttime seduction of Brad and Janet, for instance, has been toned down to a brightly lit spanking session, stripping one of the few good visual jokes from the original film. And the character of Rocky, a muscle-bound boy toy, has been saddled with gold-lamé boxers instead of skimpy-tight speedos. It’s an absurd desexualization of a character meant to typify carnality in its purest form.

The casting of transgender actor Laverne Cox as Frank-N-Furter is well-meaning but flawed. Cox proves she has considerable musical theater talent, and belts out her numbers like its nobody’s business, but she deserves so much better than to be asked to do a toned-down imitation of Curry. Turning Frank-N-Furter into a glamourous supermodel hardly instills the kind of shock value the character is meant to evoke. Curry’s entrance in the original film was alarming (for Brad and Janet, anyway). Cox arrives on a massive camera crane, her face hidden beneath a ridiculous mask. It’s a profound miscalculation of Ortega’s.

Speaking of Tim Curry, the actor, who suffered a debilitating stroke in 2012 leaving him wheelchair bound, plays the narrator. While it’s great to see him, it also imparts a bitter melancholy over the proceedings. Admittedly, poignancy comes near the finale as Curry sings a few notes, reminding us of how lovely his voice is. 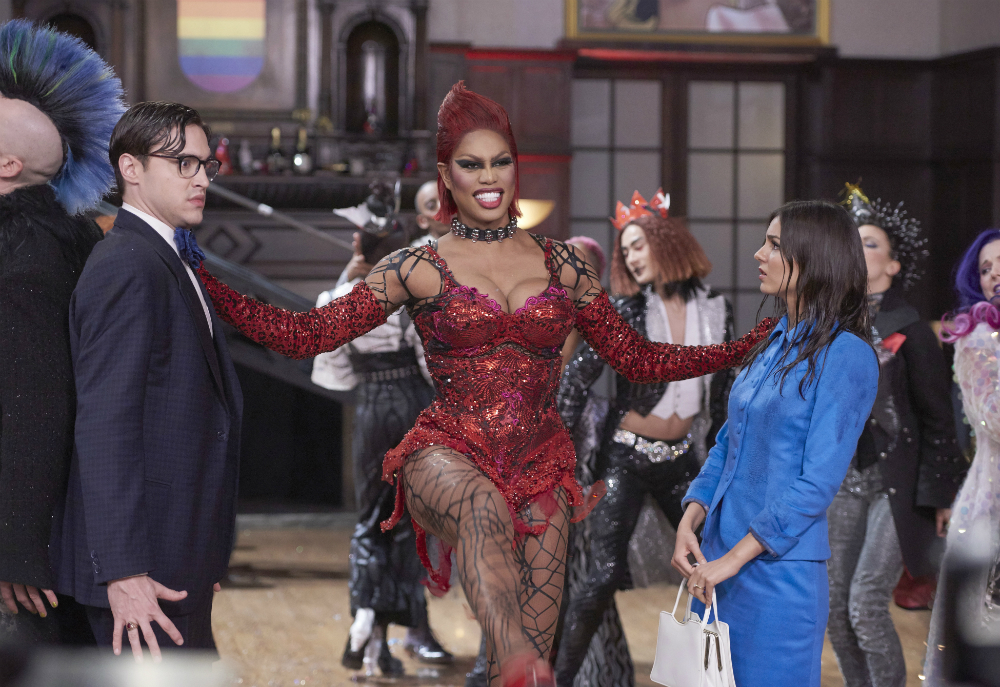 The rest of the cast ranges from awful to mediocre to great. Among the awful: Broadway legend Ben Vereen as Dr. Scott, totally not getting what he’s supposed to do, Christina Milian as a bored Magenta, and Adam Lambert, who as Eddie, crushes “Hot Patootie,” and not in a good way. Among the mediocre are Annaleigh Ashford, doing a decent Little Nell impersonation as Columbia, Victoria Justice as a bland but unmemorable Janet Weiss, and Reeve Carney as Riff-Raff. Carney, in particular, seems uncomfortable in the role and sings it far better than it’s meant to be sung. The two standouts are Star Nair’s beefy Rocky and Ryan McCartan’s Brad Majors. McCartan has an astonishing set of pipes, to the point where the filmmakers should have reinstituted Brad’s solo number, “Once in A While,” cut from the original.

Far too often, Ortega cuts away to an audience watching his movie and reacting at key moments. It’s a strange, distancing, boneheaded move. But frankly, the whole project is a boneheaded endeavor. If you aren’t ensconced in an audience, Rocky Horror simply doesn’t work. It’s never been good enough to stand on its own. It still isn’t.

The Rocky Horror Picture Show: Let’s Do the Time Warp Again airs on Thursday, Oct. 20, at 8 p.m. on Fox.