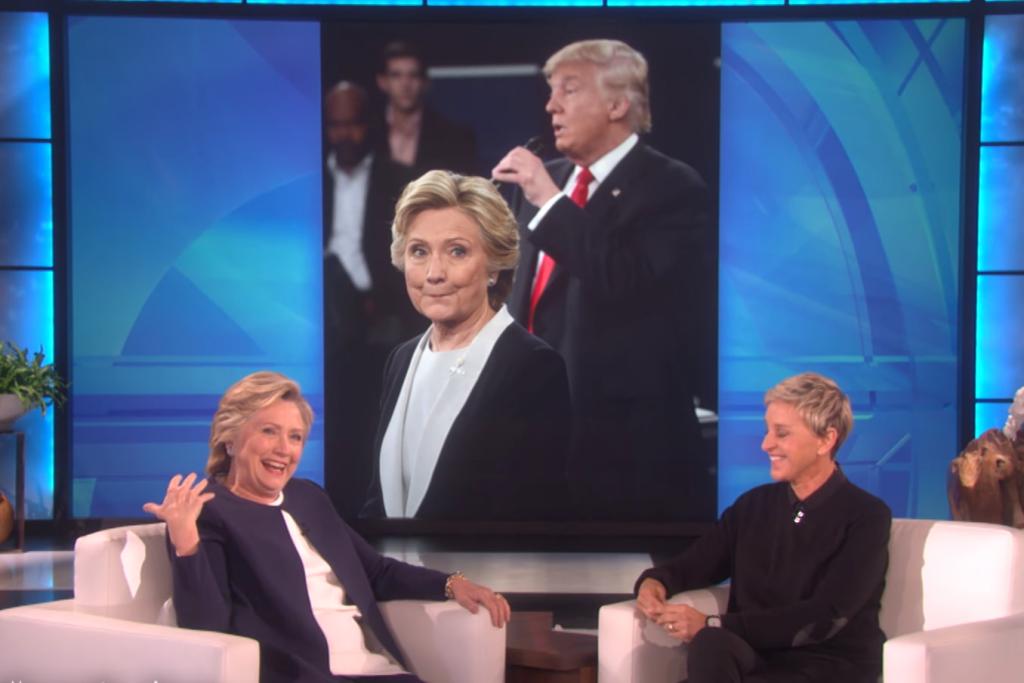 Memes flooded the internet after Donald Trump repeatedly stood close behind the Democratic nominee for president, though Clinton appeared unfazed by it during the debate.

“First, it was clear that my opponent, Donald Trump, was going to try to…dominate the space, almost to the exclusion of the people who were sitting there,” Clinton told Ellen DeGeneres.

She attributed his aggressive demeanor to the revelation in the days before the debate that he had made sexually explicit comments about groping women in a 2005 interview.

“Because of the revelations of the public video and everything that came out on Access Hollywood…he was really all wrought up and you could just sense how much anger he had. And so he was really trying to dominate and then literally stalk me around the stage,” Clinton said. “And I would just feel this presence behind me, and…I thought, ‘Whoa, this is really weird.'”

Watch Clinton’s interview below and scroll down for a few of the best Trump stalking memes.