Voters will decide on Tuesday if condoms are mandatory in California-produced pornography.

By John Riley on November 2, 2016 @JohnAndresRiley 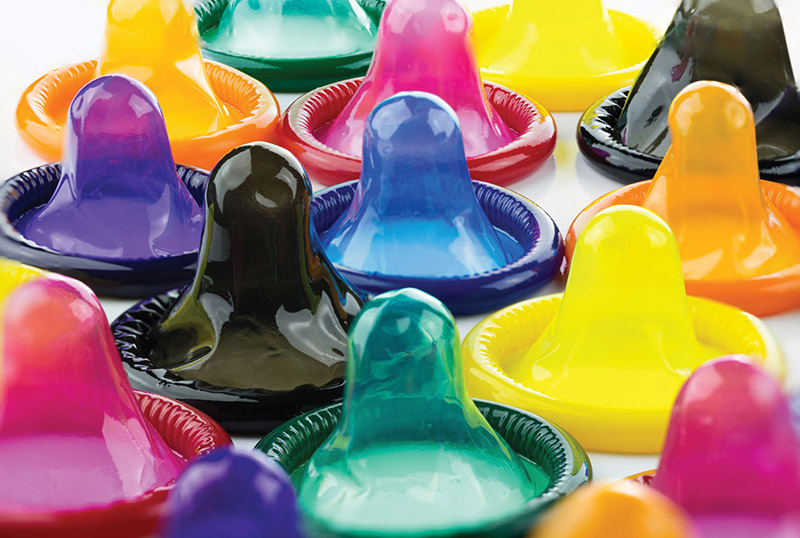 “It’s not that we hate regulation and we just want to be running around like the Wild West being a bunch of dirty whores,” says Chanel Preston.

It’s a characterization that Preston, the chairperson of the Adult Performer Advocacy Committee, is all too familiar with through her line of work. It’s also one she and her fellow adult performers find themselves being tarred with as they battle one of the nation’s largest HIV/AIDS nonprofits.

At issue: condoms. Specifically, the usage of condoms in pornography. On Tuesday, Californians will head to the polls to choose not only their next president and other elected officials, but also whether all pornography filmed in the state must use condoms — no exceptions.

“We do care about our health and safety, but it’s a difficult industry to apply regulations to,” Preston says. “We want regulations that allow us to do our job without putting us in danger, and that really understand how we do our job.”

To people outside of the industry, Proposition 60 might not seem very controversial. After all, California already requires any employee who might be exposed to bloodborne pathogens (such as nurses) to use a protective barrier in the course of their work. That law has subsequently been interpreted to mandate that adult performers use condoms when filming. But enforcement is often uneven and left up to the discretion of individual producers — Cal/OSHA, which oversees workplace safety, can investigate suspected violations, but only after a complaint has been filed.

Frustrated by the lack of consistency, the AIDS Healthcare Foundation (AHF), a nonprofit specializing in HIV prevention and treatment, spearheaded a ballot initiative in 2012 known as Measure B. It required condoms in all adult productions filmed within Los Angeles County, with the hope that health officials would crack down on violators. Measure B was challenged on the grounds that it was unconstitutional, but eventually prevailed.

However, HIV prevention advocates ran aground in their efforts when the L.A. County Department of Public Health declined to enforce Measure B to its fullest extent. Seeking to force the hand of regulators, AHF and its allies introduced bills in the California Legislature.

The goal: A statewide version of Measure B, with additional enforcement mechanisms. When lawmakers blocked those efforts, AHF transformed the bill — now called Proposition 60 — into the ballot initiative voters will approve or reject next week.

That complexity extends to the very way pornography is created. Some performers oppose Proposition 60 simply due to the logistics of filming: It may take four or five hours to shoot a single scene and, during that time, condoms can wear down or cause irritation — regardless of the amount of lube involved. If condoms are required, they will have to be replaced frequently.

“That’s a very difficult argument for us to win because again, growing up you’re taught, ‘Condoms, condoms, condoms. This is a gold standard,'” Preston says. “And it’s really difficult for people to think outside of that, so that argument is very challenging unless we have a lot of time.”

But Trenton Ducati, a gay adult entertainer and producer, says it’s not the use of condoms that’s made Proposition 60 objectionable — it’s the additional enforcement mechanisms, which apply to gay and straight productions alike.

One such mechanism is a “whistleblower” provision that allows anyone to lodge a complaint with Cal/OSHA if they believe condoms were not used in a film. If Cal/OSHA fails to investigate within a specified time period, producers and others deemed to have a “financial interest” in the film’s production or distribution can be sued — and the complaining citizen can receive 25 percent of any fines or damages levied against the production.

“The danger is that this proposition is incentivizing harassment,” says Ducati. “It’s basically placing a bounty on performers, on our heads…. This is going to give citizens the ability to sue if they assume there’s no condom being used. Being subject to frivolous lawsuits for no reason, or people assuming there isn’t a condom, is going to be a disaster.”

Ducati owns his own production company is concerned that anyone who is deemed to have a financial stake in the film could find themselves the target of a lawsuit.

“I’m a condom producer, and I’m still against the bill. It’s not the condoms or the safety portion I have a problem with,” says Ducati, who has participated in over 300 scenes using condoms. “It’s the overreach. It’s suing my sound editor, or the DVD salesman, or the graphic artist. It makes no sense that they’re going to have to live in fear as well.”

“It’s really important when people read Prop 60 and they read the word ‘producer,’ they have a really clear idea of what that means,” adds Preston. “I think most people normally think of large companies as producers, and of course they are. However, in our industry, it’s a little unique, in that the line between producer and performer doesn’t really exist anymore because performers have to produce their own content to make a living. And just picking up a camera and shooting anything and posting it online for money, that makes you a producer. Webcamming makes you a producer.”

Performers have also expressed concerns about the prospect that a person could sue a performer in order to gain access to their personal information or stalk them.

Ged Kenslea, communications director for AHF, refutes that premise. He says that arguments predicting devastating consequences should Proposition 60 pass are “all bullshit.”

“Can an individual bring an action? Yes. But they have to do that after a complaint has been filed with Cal/OSHA, and Cal/OSHA has either chosen not to investigate or has run the clock and not been able to investigate on its own,” Kenslea says. “But it’s no money grab. Seventy-five percent of whatever revenue from any lawsuit goes into the state coffers. So it’s not a get-rich-quick scheme from [AHF president] Michael Weinstein or from AHF. Nor is it a scheme to expose the personal homes, addresses, et cetera, of adult film performers.

“However, if performers are actually profiting beyond a salary from appearing in a film, if they are distributing their product, if they have any financial interest in the distribution of their film beyond merely taking a salary as a performer, they then become a producer,” Kenslea continues. “So they then do become liable under the law. And that’s very clear in the measure.”

Both Kenslea and Rick Taylor, the campaign manager for Yes on 60, argue that Proposition 60 seeks to enforce compliance with the existing law.

“This is an industry that for its whole history, has been operating outside of the law, and we believe these adult performers are entitled to the same workplace protections that any California employee is,” adds Kenslea.

“What we saw after Measure B was productions beginning to move underground,” says Stabile, “so not pulling permits, maybe not going with the testing system, or maybe skirting a little bit because they don’t want to have a record of having shot because they don’t want to be liable. You just see a general fraying of the safety protocols in California that performers fought so hard for.”

Supporters of Prop 60 dismiss that argument as a scare tactic. Taylor notes that only two states — California and New Hampshire — allow adult films to be produced legally. Furthermore, if studios were really going to uproot themselves over Prop 60, the state would have seen a mass exodus after L.A. County passed Measure B.

“First of all, the industry likes living in Southern California. The producers, the performers are here. A lot of the below-the-line staff work here in mainline TV and film production, and pick up jobs in adult film production as well,” Kenslea says. “They’re not going to relocate lock, stock and barrel to Nevada because Proposition 60 passes.”

Taylor understands that some performers balk at the idea of being compelled to use condoms. But he says public health concerns should prevail over individual desires.

“I did construction work at 23 years old. On the job site, they made me wear the helmet to protect myself,” says Taylor. “If I rode a motorcycle, I’ve got to wear a helmet. If I get in a car, I have to put on a seat belt.

“These are things not to inconvenience us, or to disturb us, it’s to protect us, and sometimes we don’t have that right to always say, ‘I should have the right to harm myself.’ You’re not really harming yourself. You could be harming others. If you catch a venereal disease, an STD, on the set, and you go off and you go to a bar and you happen to run into a few people during that week, you get those people sick.”

But Stefani Special, a transgender adult performer, accuses the Yes on 60 campaign of manipulating the existing stigma against adult performers in order to garner more votes.

“They are relying on people’s misconceptions and stereotypes to make the decision for them, with these big billboards that say ‘Pornographers say no on Prop 60,'” she says. “What they’re implying is, ‘Well, if pornographers are saying no, we should say yes, because they’re bad people.'”

It’s that kind of messaging that has Special feeling like she and her fellow performers are the modern day version of Hester Prynne.

“As sex workers, we are marked with a scarlet letter, and Prop 60 is like trying to stone us to death,” she says. “It’s the punishment side of Measure B. It’s saying: ‘We know better than you, and we know what you should be doing, and we’re going to punish you for not doing what we say.'”

John Riley is the local news reporter for Metro Weekly. He can be reached at jriley@metroweekly.com
← Previous Story Victory Fund trumpets gun reform in ads for Florida LGBT candidates
Next Story → The Straight White Broadcasting Company