Luke Frazier: Top of the Pops

“People hear the word ‘orchestra’ and assume suits and ties, a stiff upper lip and just a really staid experience,” Luke Frazier says. “I want the American Pops Orchestra to be the people’s orchestra — an incredibly inclusive D.C. orchestra. That’s my goal.”

As the name indicates, the ensemble Frazier founded last year doesn’t perform traditional orchestra repertoire. “Classical music is what I cut my teeth on as a pianist and a conductor,” says Frazier. “But I felt the need to branch out because American popular music moved me so much — everything from Ella Fitzgerald to Stevie Wonder to Whitney Houston to Sam Cooke to Elvis.

“It’s an accessible type of music that people can immediately relate to,” he continues. “And then with the orchestra we get to challenge that and make people go deeper, with all these new arrangements.” Frazier works to tie things together thematically in a way that goes beyond offerings by the pops offshoots of other orchestras, including the NSO Pops or the BSO SuperPops.

He takes the staged concert that kicks off the second season of the APO as a case in point. “It’s not just a revue of ’40s songs,” he says. “It actually has a plot and a script and goes a little deeper.” I’ll Be Seeing You: A World War II Story was inspired by Frazier’s grandparents. “When we were moving my grandmother into assisted living, we actually found all these letters that she and my grandfather wrote during World War II,” he says. Those letters inspired Frazier to create a program, written by Kelley Lund, built on love songs from the era. “This was the music my grandparents always listened to — ‘Boogie Woogie Bugle Boy,’ ‘In The Mood’ and all these classic songs from that era. When I was growing up in West Virginia and we’d ride around in the car, that’s what they had on. And when at their house, that’s what they’d be listening to.”

Ron Raines, Florence Lacey, Claybourne Elder and Rachel Eskenazi-Gold will take turns singing standards in the concert. And as the season continues, Frazier will turn to even more heavy hitters from Broadway as well as D.C.’s thriving musical theater scene, including Laura Osnes, Lindsay Mendez and Amber Iman.

Expect more and bigger things to come from APO, including a tribute to Barbra Streisand in January. “In future seasons we are planning an expansion of the number of concerts we’ll be offering,” says Fraizer, “continuing to push the depth and breadth of what we do.” 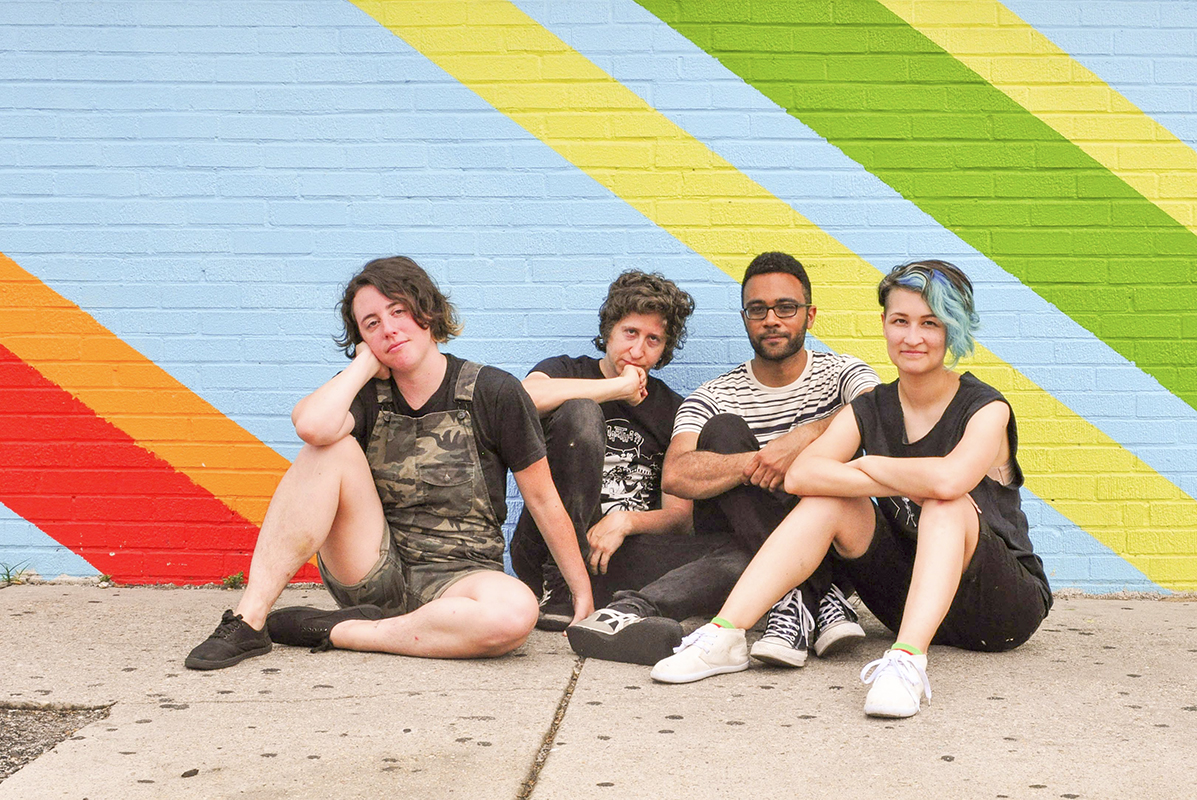 "We wouldn't call ourselves a queercore band or anything because it is not the thing that's always at the forefront," says David Combs of Bad Moves. "But it is a theme that we have spent a good deal exploring in our lyrics."

Formed roughly five years ago, the local punk-fueled, power-pop four-piece counts, according to Combs, "three band members who identify as queer, two of us as non-binary." The queer theme has factored into both full-length albums released by Bad Moves, including their 2018 debut.

"On Tell No One, we wrote a lot about experiences growing up," says Combs, the band's queer, nonbinary guitarist, noting that "a couple of songs on there are about being a closeted youth and trying to come to terms with your queer identity as it's emerging."