By John Riley on November 7, 2016 @JohnAndresRiley 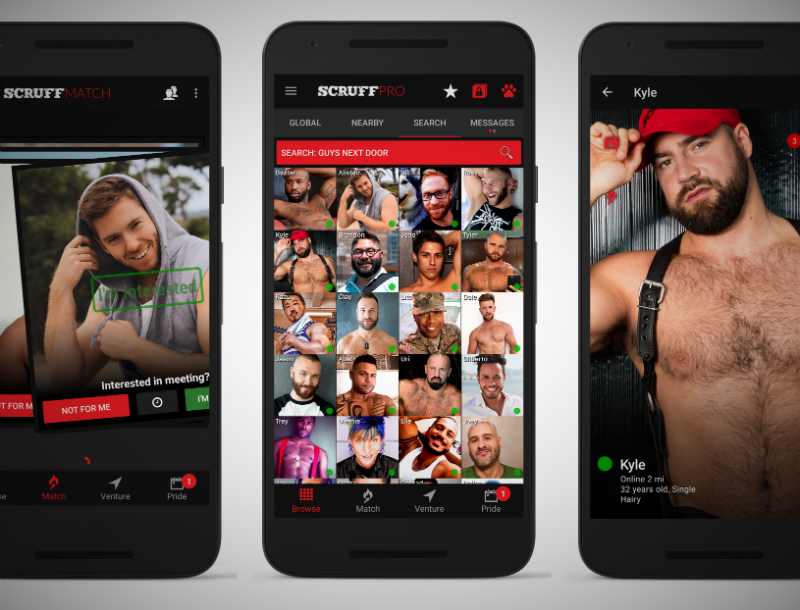 File this away in a folder marked “Obvious.” According to a recent poll, Scruff users overwhelmingly support Hillary Clinton for president.

Clinton crushes Trump among the app’s GBTQ users, with 79% support compared to 11% for Trump. Libertarian Gary Johnson gets 3%, Green Party nominee Jill Stein gets 2%, 1% say they’ll vote for another candidate, and 5% are undecided. 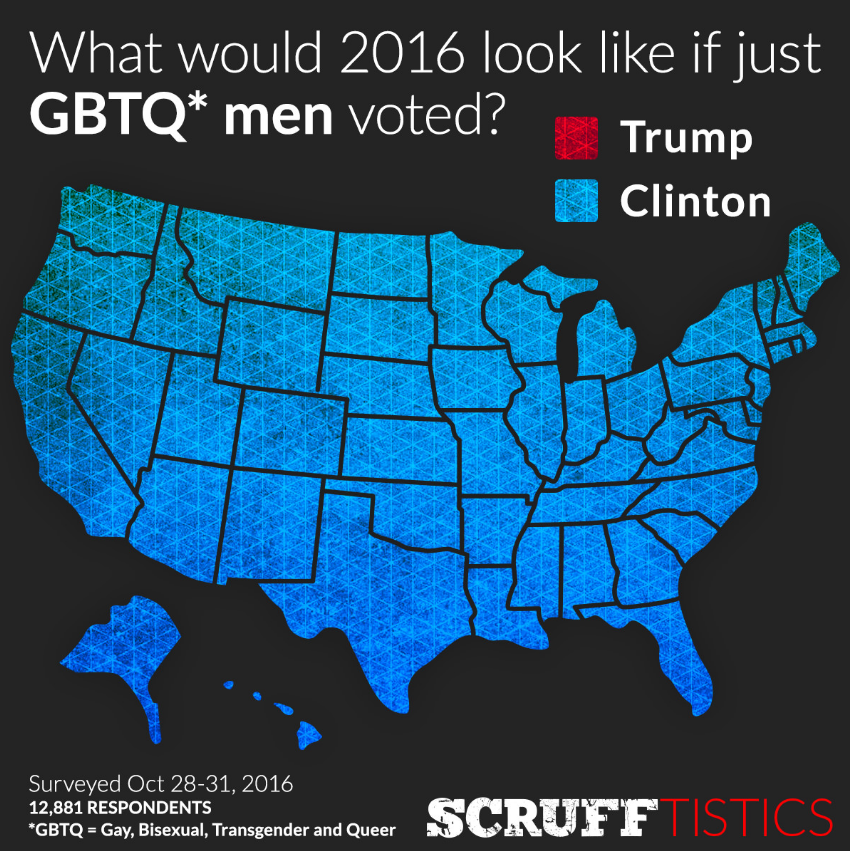 Based on Scruff’s poll of 12,881 men, if they were the only ones voting Clinton would easily carry all 50 states. Her largest margins of victory come in the District of Columbia, where 87% of Scruff users back her, followed by Oregon, Maine, Washington and Montana. Trump’s best five states are Louisiana, where he wins 28% of Scruff users, followed by Wyoming, North Dakota, Alabama and Delaware.

Nearly 2 in 5 GBTQ men said the 2016 election had pushed them towards Democratic candidates, while more than one-third said it made no difference on their vote this cycle. Only 5% said the election moved them to be more supportive of Republican candidates.

When it comes to LGBT issues, nearly 40% of Scruff users say passing federal nondiscrimination protections is the most important priority, while more than one-quarter say it is fighting against so-called “religious freedom” laws. Ten percent say it is increasing access to pre-exposure prophylaxis (PrEP).

Respondents’ opinions largely fell along party lines, with Democrats, unaffiliated voters and people who aren’t registered to vote saying it was either a hate crime or both, while Republicans were more likely to say it was both or solely an act of terrorism. Scruff users were closely split on whether the Second Amendment was “very important,” with 52% saying it was and 48% saying it was not.

As for the current state of LGBTQ equality, Scruff’s users are under no illusion that the fight for equal rights is complete, with 85% disagreeing that the struggle is almost over. When it comes to transgender rights specifically, 95% believe the fight for equality is far from complete.

Clinton vs. Trump: Who has your vote? Take our poll!

John Riley is the local news reporter for Metro Weekly. He can be reached at jriley@metroweekly.com
← Previous Story North Carolina politician comes out as bisexual
Next Story → Orlando to convert Pulse Nightclub into a permanent memorial