By John Riley on November 15, 2016 @JohnAndresRiley 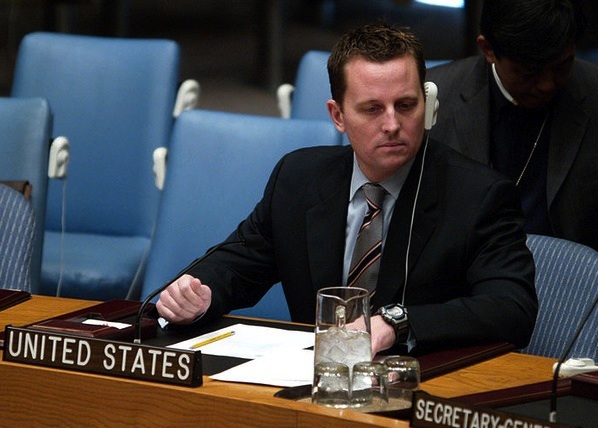 President-elect Donald Trump is considering appointing an openly gay man as the U.S. ambassador to the United Nations, according to FOX News.

Sources close to Trump’s transition team say he is seriously considering Richard Grenell, the former U.S. spokesman at the United Nations during the George W. Bush administration, for the post. But those same sources also say that the decision to pick Grenell is not final.

If selected, Grenell would be the first openly gay person to hold a Cabinet-level foreign policy post. He previously became the longest-serving U.S. spokesman at the United Nations from 2001 to 2009, serving under four different U.N. ambassadors: John Negroponte, John Danforth, John Bolton and Zalmay Khalilzad.

Grenell also has a long history in Republican politics, having previously served as spokesman for New York Gov. George Pataki, San Diego Mayor Susan Golding, South Carolina Congressman Mark Sanford and Michigan Congressman Dave Camp. In 2012, he served as a foreign policy advisor to 2012 Republican presidential nominee Mitt Romney, but ended up resigning after being attacked by anti-gay social conservatives, according to The Washington Post. Those conservatives assumed that because Grenell supported same-sex marriage, he might defect to or align himself with President Barack Obama, despite his demonstrated commitment to the GOP.

Moreover, as evidenced by his preferred picks for his transition team and possible cabinet secretaries, Trump prizes loyalty above all else. And Grenell has demonstrated that, writing in defense of the Republican nominee’s record on LGBT rights in an op-ed in The Washington Times.

“No other Republican Presidential nominee in history has embraced the LGBT community in such a loud and proud way,” Grenell wrote. “His rainbow flag waiving in Colorado was only the latest sign of his continued support for gay equality. Whatever happens on November 8, 2016 in the presidential race, Mr. Trump has forever changed the Republican Party’s support for LGBT equality and future Republican leaders will have a difficult time not meeting the new standard.”

Romney’s out gay spokesman quits, says focus on “personal issues” diminished ability to do the job