By John Riley on November 2, 2016 @JohnAndresRiley 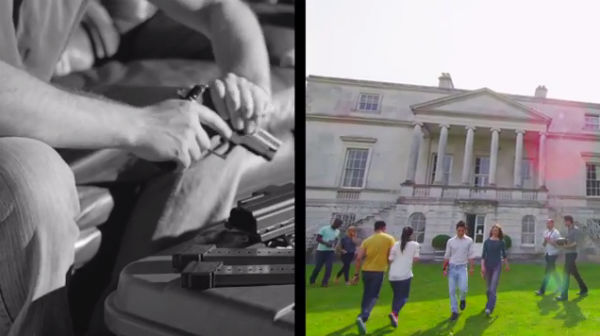 The Gay and Lesbian Victory Fund has launched a $75,000 digital ad buy to influence five races for the Florida House of Representatives in favor of five openly LGBT candidates. The ad buy includes videos, social media ads and digital banners, which will run through Election Day.

Specifically, the ads focus on the issue of gun reform and gun safety measures, which have become important to some LGBT advocates in the wake of the deadly Pulse nightclub shooting in June, which killed 49 people. All five online video ads include B-roll footage of police outside the club and invoke the memory of what is the deadliest mass shooting in modern U.S. history.

Four of the ads are titled “A Better Choice” and attack three House incumbents and one challenger for their “A” ratings from the NRA and their support of legislation that allows college students to carry firearms on campus. The ads also encourage voters to back Tuura, Webb, Keechl and Richardson, citing their support for toughening Florida’s already lax regulations on guns.

The remaining ad praises candidate Carlos Guillermo Smith (D), who is running in a district without an incumbent, but touches on the same major points as the other ads.

“Our Florida candidates support gun safety measures that can prevent another Pulse-like shooting, while their opponents adopt whatever position the gun lobby tells them to,” Aisha Moodie-Mills, the executive director of the Gay and Lesbian Victory Fund, said in a statement.

“Tallahassee continues to fail Floridians by refusing to take on the gun lobby and pass common-sense gun violence prevention measures,” she added. “Voters deserve to know where candidates stand on this critical issue, and our Florida Victory ads make those positions clear.”

The Victory Fund has endorsed all five candidates as part of its efforts to increase the number of out LGBT members of the Florida legislature. If all five are victorious, their election would create an historic increase in the number of LGBT lawmakers in a “low-equality” state that lacks nondiscrimination protections for LGBT people. The Victory Fund said in a news release that having a larger contingent of out lawmakers will make it easier to influence debates and future legislation on issues like gun violence and LGBT equality.

Watch one of the ads below:

To see other ads, visit https://www.youtube.com/user/VictoryFund. For more information on the Gay and Lesbian Victory Fund, visit victoryfund.org.