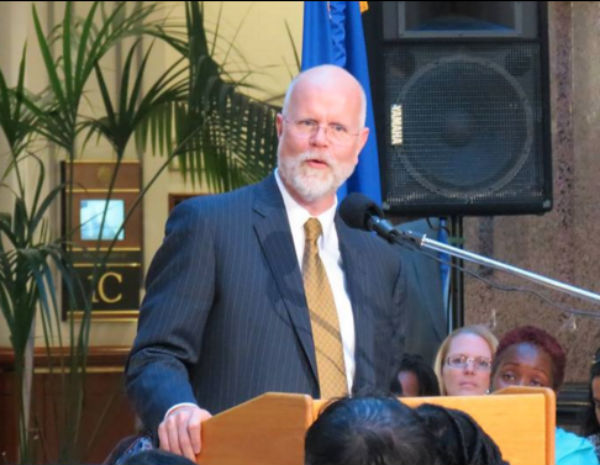 Connecticut State Comptroller Kevin Lembo has come under attack by conservatives after questioning whether the anti-LGBT American Family Association (AFA) belonged on a list of 700 charities to which state employees can contribute money withheld from their paychecks.

A state employee initially brought the inclusion of the AFA, which has been listed among the charities to which employees can donate, to Lembo’s attention, questioning whether the organization should be excluded because of anti-gay statements the group has mad and actions they’ve taken.

Lembo then sent the AFA a letter on Nov. 30 inquiring about the nature of the AFA’s nondiscrimination policies when it comes to employment and providing services, reports The Connecticut Post.

Under the guidelines set forth by the charitable giving campaign, all charities must abide by nondiscrimination requirements, including on the basis of sexual orientation and gender identity.

The AFA overreacted to Lembo’s letter, and AFA’s radio station urged listeners to flood Lembo’s office with phone calls and emails excoriating him for the inquiry. The organization also accused Lembo of being part of a movement of “secular progressives” whose aim is “driving Christians out of the public square.” Most of the calls and emails came from out of state, questioning Lembo’s patriotism and attacking his sexuality. Lembo is openly gay.

This week, Lembo received a statement noting that the AFA has been included in the charitable giving program for 10 years. The letter also affirmed AFA’s adherence to Biblical teachings and refused further comment.

“Our mission is to inform, equip and activate individuals to strengthen the moral foundations of American culture, and aid the Church of Jesus Christ domestically and abroad in its task of fulfilling the Great Commission,” reads the letter from AFA General Counsel Abraham Hamilton III. “We believe a culture based on biblical truth best serves the well being of our nation and our families in every area, including human sexuality. We have no legal obligation to respond any further to your inquiry.”

A spokeswoman for Lembo says he will consult the charitable giving campaign committee about the issue, but is likely to recommend the removal of the AFA from the list of eligible charities.

Lembo told the Post last week that he was simply trying to ensure that charities included on the list are not engaging in discrimination, saying, “I have to make sure that they abide by laws of Connecticut because I’m sworn to do that.”

John Riley is the local news reporter for Metro Weekly. He can be reached at jriley@metroweekly.com
← Previous Story 6th Circuit: Ohio school must allow transgender student to use girls’ restroom
Next Story → Roy Cooper negotiating deal to repeal HB 2