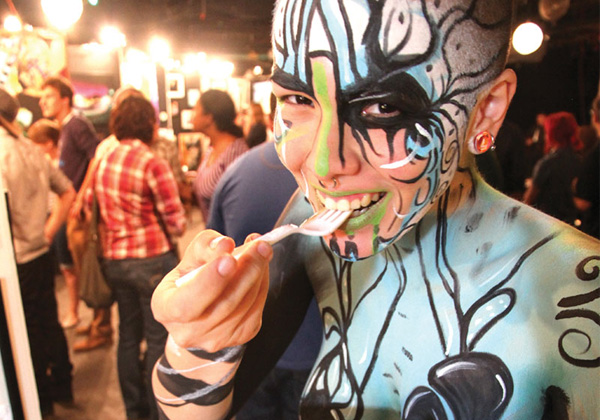 An import from Los Angeles, this unusual “underground art show” features the work of over 100 emerging artists plus live body painting, live music, a live art battle and a free pancake bar.

Pancakes and Booze is a traveling, Andy Warhol-styled event that former Hollywood cameraman Tom Kirlin started in 2009 and has since brought to over 20 cities, including D.C. twice a year.

“When I was in college, the only place that was open after a night of drinking was IHOP,” Kirlin told Metro Weekly in 2015. “I always had this silly idea to make a pancake restaurant with a full bar. So with the art show, I just merged the two ideas together.”