By Randy Shulman on January 26, 2017 @RandyShulman 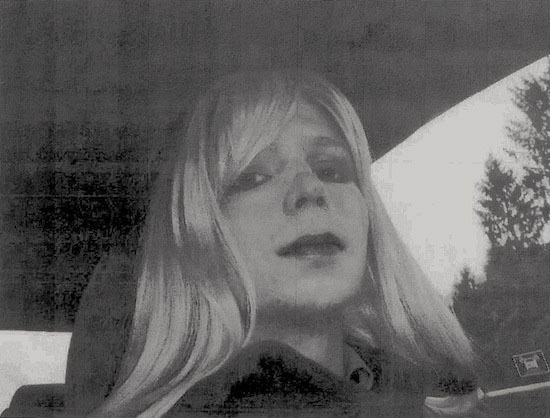 President Donald J. Trump took to Twitter, his preferred means of communicating with the people, in the early morning hours to slam Chelsea Manning, whose 35-year prison sentence President Obama recently commuted, as an “ungrateful TRAITOR.”

Trump was responding to a column Manning had written in The Guardian in which she noted that Obama’s leadership was too “weak,” resulting in “very few permanent accomplishments,” despite the former president’s “positive track record on many issues over the last eight years.” In the essay, she noted that compromise with the opposing party doesn’t work.

“[Obama’s] vulnerable legacy should remind us that what we really need is a strong and unapologetic progressive to lead us,” Manning, who was convicted in 2013 for violating the Espionage Act, writes. “What we need as well is a relentless grassroots movement to hold that leadership accountable.”

Manning’s real target in the piece, however, seems to be Republicans, who thwarted Obama’s policies at every turn.

“Optimism and hope would be met with backlash and hate,” she writes. “He faced unparalleled resistance from his opponents, many of whom wanted him to fail…. Even when they agreed with him on policy, they resisted.”

Manning then seems to take aim at Trump and the ruling GOP party.

“What we need is an unapologetic progressive leader. We need someone who is unafraid to be criticized, since you will inevitably be criticized. We need someone willing to face all of the vitriol, hatred and dogged determination of those opposed to us. Our opponents will not support us nor will they stop thwarting the march toward a just system that gives people a fighting chance to live. Our lives are at risk — especially for immigrants, Muslim people and black people.”

“Now, after eight years of attempted compromise and relentless disrespect in return, we are moving into darker times. Healthcare will change for the worse, especially for those of us in need. Criminalization will expand, with bigger prisons filled with penalized bodies – poor, black, brown, queer and trans people. People will probably be targeted because of their religion. Queer and trans people expect to have their rights infringed upon.”

Trump, of course, reduces Manning’s essay into a full repudiation of Obama, ignoring the nuance in the former Army soldier’s words.

“Ungrateful TRAITOR Chelsea Manning, who should never have been released from prison, is now calling President Obama a weak leader. Terrible!”

Ungrateful TRAITOR Chelsea Manning, who should never have been released from prison, is now calling President Obama a weak leader. Terrible!

Trump’s post has created the usual flurry of responses, much of it critical of the new president, with several pointing out the hypocrisy of his tweet, given that for years he criticized Obama as a “weak” leader.

.@realDonaldTrump Notice Obama isn’t tweeting about it? Sometimes you do the right thing without expecting praise. It’s called leadership.

@realDonaldTrump You are basically saying you have something in common in with Chelsea. But are you alluding that you too are a traitor!? pic.twitter.com/CqrRU21PdA