Most LGBTQ groups lining up to oppose Gorsuch nomination

As more becomes known about Judge Neil Gorsuch’s record, more LGBTQ groups are starting to line up in opposition to the man that President Trump has nominated to be the next Supreme Court justice.

Their concerns stem not only from Gorsuch’s hardline “originalist” approach but his skepticism of civil rights lawsuits in general. Additionally, advocates argue that some of Gorsuch’s previous rulings seem to indicate a hostility toward transgender people. Lastly, they note, his rejection of “Chevron deference” — meaning the legal precedent that agencies are allowed to interpret any vague or unclear statutes that they’re tasked with enforcing — could endanger things like health care nondiscrimination, hospital visitation regulations, or other protections.

“During his campaign, Donald Trump pledged to appoint a justice ‘in the mold of Antonin Scalia’ and Gorsuch’s decisions and jurisprudence suggest he has kept that promise,” Sarah Warbelow, legal director for the Human Rights Campaign, said in a statement urging senators to vote ‘no’ on Gorsuch’s nomination. “The LGBTQ community has won important victories at the Supreme Court — from Romer to Obergefell — that affirm our rights and our liberties. We must ensure that those who serve on our highest court are willing to stand up for our community; Gorsuch has given us no indication that he will.”

HRC also cites two opinions dealing with transgender plaintiffs where Gorsuch rejected their claims. In Druley v. Patton, he refused to recognize the constitutional rights of a transgender woman who was incarcerated, including her ability to access medically necessary hormone treatments and dress according to her gender identity. He also refused to recognize that denying her treatment for gender dysphoria and placing her in an all-male facility constituted cruel and unusual punishment.

In another case, Kastl v. Maricopa County Community College District, Gorsuch ruled against a transgender woman who was attempting to sue for employment discrimination by alleging her civil rights had been violated under Title VII, which prohibits discrimination based on sex. Both the Kastl and Druley cases deal with issues that LGBTQ groups are hoping come before the high court in future years, as more and more LGBTQ people begin fighting back against discrimination. Understandably, the thought of Gorsuch on the court would cut back some of the tools and legal strategies that those plaintiffs are currently using to fight back.

“Just has he promised, President Trump has nominated an extreme judge hostile to fundamental freedoms,” Mara Keisling, the executive director of the National Center for Transgender Equality, said in a statement. “Often called a carbon-copy of the late Justice Antonin Scalia, Judge Neil Gorsuch has a record of supporting the use of religion to trample the rights of others, and deep hostility to laws protecting workers, consumers, and civil rights.

“The Supreme Court will soon be called upon to rule on unconstitutional actions by President Trump, as well as whether to set limits on voter suppression and whether to recognize the basic dignity and humanity of transgender people,” she added. “The American people must be assured that any new justice will protect their cherished rights and freedoms and act as a check on President Trump. Gorsuch’s record shows that he does not meet that test.”

Rachel Tiven, the CEO of Lambda Legal, cited Gorsuch’s decision in the Hobby Lobby case as “disqualifying,” stating: “We absolutely must not confirm a Supreme Court nominee who has ruled that the religious beliefs of employers can trump the law. It is a short hop from birth control restrictions to restrictions on the intimate relationships and health care needs of LGBT people.

“Through his decisions, Judge Gorsuch has promoted a vision of a society where some religions prevail over others, and are invited to flout the law,” Tiven added. “Judge Gorsuch’s record is hostile toward LGBTQ people and his nomination to the U.S. Supreme Court is unacceptable … [Gorsuch’s] extreme record suggests he could roll back the tremendous progress our country has made towards recognizing the fundamental rights LGBT people and everyone living with HIV.”

Gregory T. Angelo, president of the Log Cabin Republicans, said that while his organization has not taken an official position on Gorsuch, he feels Gorsuch is entitled to a full confirmation hearing.

Joe Murray II, moderator of the Facebook group LGBTrump, called the nomination of Gorsuch “a good sign for the LGBT community,” and called on LGBTQ Americans to support the nominee.

“Though LGBT foes of President Trump will try to paint Judge Gorsuch as an anti-LGBT zealot, such a charge stands on feet of clay,” Murray said. “Judge Gorsuch’s record on LGBT rights is largely non-existent and the chief complaint against him is that he supports religious liberty.

“To assume Judge Gorsuch’s desire to protect one of the oldest constitutional rights in American jurisprudence equates to hostility towards the LGBT community is fear-mongering at its worse. Religious liberty and LGBT rights can live in harmony, but there must be some give and take. This is the balancing act Judge Gorsuch is trying to strike and we, as Americans, should support him for such an effort.”

Transgender woman sued Virginia prison officials for refusing to allow her to access hormones and moving her into a men's unit.

Last week, a federal court of appeals judge ruled that transgender people are protected from discrimination under the American with Disabilities Act, giving the transgender community another legal argument to ensure their rights are recognized under law.

The ruling stems from a 2020 lawsuit filed on behalf of Kesha Williams, a transgender woman who was incarcerated in a men's prison in Virginia despite having socially transitioned and receiving hormone therapy for nearly two decades, uninterrupted, prior to her six-month imprisonment, reports The Hill.

According to the lawsuit, Williams was initially housed in a women's unit at the Fairfax County Adult Detention Center, but was moved to the men's facility after she informed a nurse that she is transgender and had not undergone gender confirmation surgery. 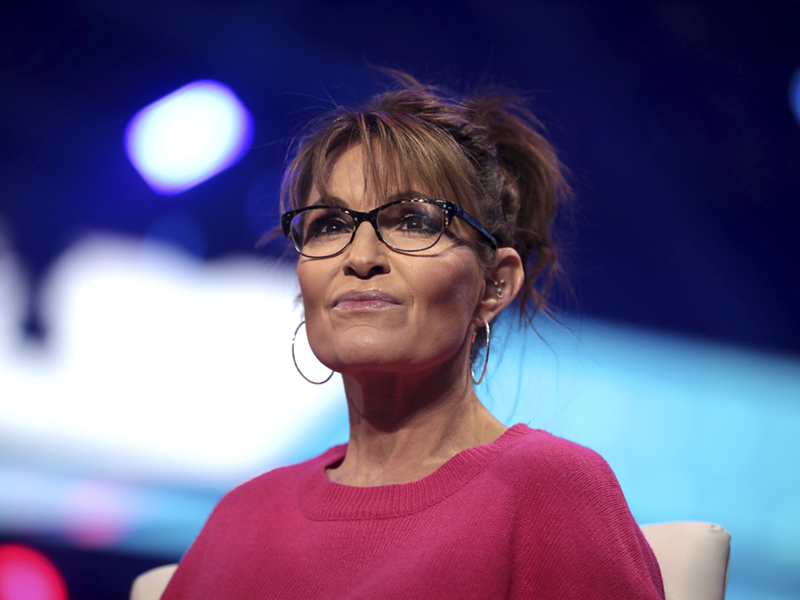