Exclusive: Rep. Alan Lowenthal on why Congress must pass the Equality Act

After the recent display of intolerance in his office, Congressman Alan Lowenthal discusses why passing the Equality Act is even more vital now 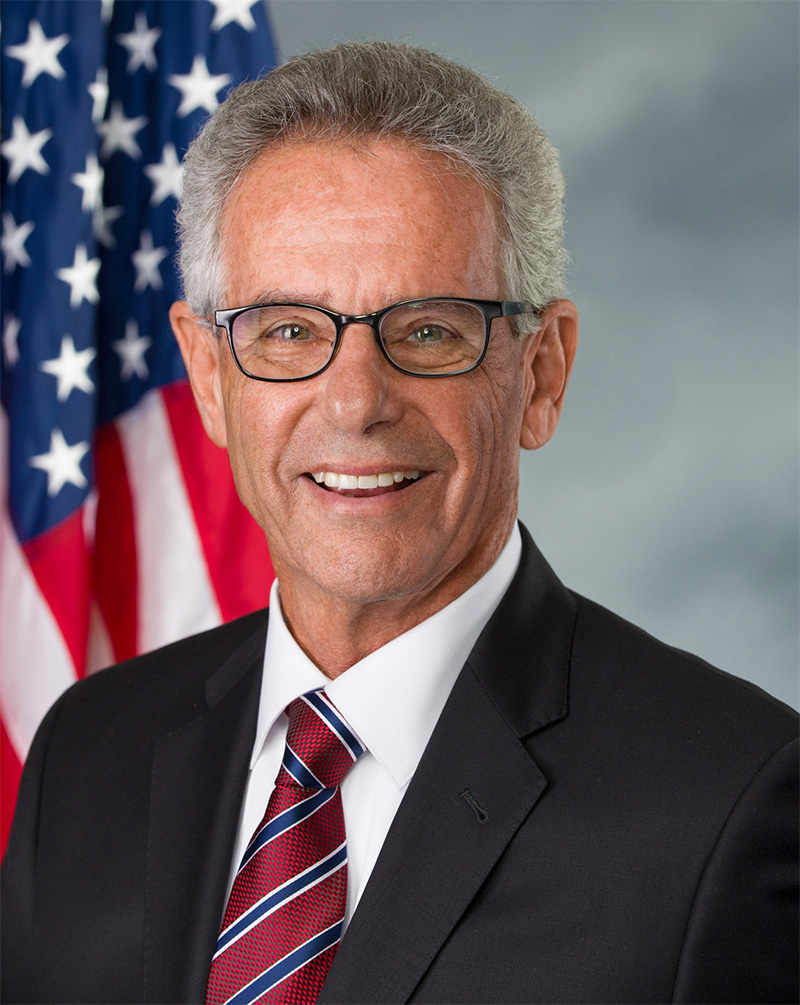 “As you enter my office, there is the United States flag on the right side,” says U.S. Rep. Alan Lowenthal. “And then, on the other side are two flags. One is my state flag of California, and the third flag is…the rainbow flag, the Pride flag.”

First elected to Congress in November 2012, Lowenthal made the decision to display the Pride flag two months after taking office. “I was listening to the oral arguments on the two cases before the Supreme Court — the Prop 8 and DOMA cases,” he recalls. “Listening to those that were against providing equality, I decided that, until there is true equality, I’m going to fly the flag. The next day, we went out and purchased a flag and have been flying it ever since.”

For four years, Lowenthal’s Pride flag was displayed without issue. That changed on Wednesday, March 15, when a man from North Carolina stuck his head into Lowenthal’s office and began shouting at the congressman’s staff.

According to Lowenthal’s chief of staff, Tim Hysom, the man said it was “disgusting” and “immoral” to fly the Pride flag next to the American flag. He then grabbed it out of its holder, threw it to the ground, and stomped on it. Passersby stopped him by picking up the flag and putting it back in its holder. The man began to walk away.

“My staff…chased him down the hall, talked to him, and brought him to the police,” says Lowenthal. Capitol Police briefly detained the man, but decided that he had not broken any laws or rules. They later changed their tune and told Lowenthal’s staff that there were laws that had been broken. But by that time it was too late: the man was gone.

From Lowenthal’s perspective, the man’s temper tantrum and his anger at the mere display of a rainbow flag is a symptom of a larger epidemic of intolerance sweeping the country. He points to bomb threats against Jewish community centers, desecrations of Jewish cemeteries, an increase in hate crimes against minorities, including Muslims and Sikhs, and the recent murder of an Indian American in Kansas. He also notes that hate crimes directed at the transgender community, often resulting in murder, are on the rise, as well.

“We’re in a time where people feel like they can act inappropriately and against others,” he says. “That is not acceptable. That is not who we are as a nation.”

Yet despite last week’s incident, Lowenthal, a former community activist, Long Beach city council member, and state legislator, isn’t going to be shying away from his public and vocal support of a community with whom he has longstanding ties.

“Discrimination [against the LGBTQ community] still goes on today,” says Lowenthal. “We’re going to keep the flag until discrimination ends.”

METRO WEEKLY: How did you become involved with the LGBTQ community?

ALAN LOWENTHAL: During the 1980s, the activist community in Long Beach came together, coalesced in a group called the Long Beach Area Citizens Involved. It was made up of the NAACP, LULAC, Long Beach Lambda Democratic Club, and then, as the AIDS epidemic unfolded, many of the people from Being Alive, and the Center in Long Beach. I became the president of that group, and worked very closely with lots and lots of folks from the LGBT community, and actually gave the eulogy at a number of funerals during the horrors of the AIDS epidemic.

MW: Why is LGBTQ equality so important to you?

LOWENTHAL: Because it’s the right thing, because it is important, because when you deny people their human rights and you can discriminate against them for their sexual orientation or gender identity, it’s a blow against all of us. It should never happen in a democracy.

I’m glad to see, first, in my own state, many of the [positive] changes that have occurred over the last ten to twenty years. I think the nation now has come to grips with the fact that they’ve created a long-term injustice by denying civil rights to the LGBT community and the trans community. We still see vestiges of that going on today with the striking down of [President Obama’s guidance] on providing choice to trans students, letting them pick the bathroom that meets their identity rather than their original biological identity. They’re still denied that in a number of states.

MW: What do you propose to end that discrimination?

LOWENTHAL: The way it can end is for everybody getting behind [Congressman] David Cicilline [D-R.I.]. I’m a vice-chair of the Congressional LGBT Equality Caucus, and David is taking the lead on the Equality Act, which will amend the Civil Rights Act to make sure that in all cases — housing, employment, every place — that there can be no discrimination against people based upon their sexual orientation or gender identity.

MW: With President Trump in the White House and Republicans in control of Congress, the chances of passing the Equality Act are lower than ever. Can it be successful?

LOWENTHAL: I think that with many of these issues, it’s becoming clearer and clearer what the differences are and what’s at stake.

I think if people stand firm, especially on the Republican side, it will not pass, but I don’t think that’s going to happen. I think we’re going to see, in the next couple of months, a dramatic shift and a change as people begin to realize that they cannot just maintain their old ideologies, they have to really reflect the future.

As we lead up to the 2018 midterm elections, we’re going to see the potential for great changes. By laying the foundation for the Equality Act again in the 115th Congress, it will pass — if not by the end of this term, at least certainly in the 116th Congress.

MW: One of the criticisms of the Equality Act and from LGBTQ conservatives is that it’s rather broad.

LOWENTHAL: Right, it provides the same protections that African Americans, Latinos, Asian Americans have by amending the 1964 Civil Rights Act. It gives the lesbian, gay, and trans community the same civil rights status as those other groups that had been denied equal access and equal opportunity under the law. I think it’s the most comprehensive and sweeping way to ensure equal opportunities and equal protection under the law for all people. I think it’s the right thing to do, because if you don’t do it under the Equality Act, you’re going to have to do piece by piece, through piecemeal legislation. That’s what’s happened up until now.

MW: Conservatives say there needs to be some compromise, some religious exemption, where religious conservatives can be told that their religious beliefs are protected in certain instances from, say, having to offer public accommodations to LGBTQ people.

LOWENTHAL: Should we do the same thing with African Americans, or Muslims, or Jews? “If we don’t really like you, we’re not going to protect you,” so we need an exemption? You either have equal rights or you don’t.

MW: Do you think President Trump has kept his campaign promise to be an “ally” to the LGBTQ community?

LOWENTHAL: Well, right now I can just tell you on many, many different issues, the president has to deal with his base, and has made contradictory statements. I don’t think the issue about the LGBT community has really come up yet. We’ll have to see where the president is. It’s hard to me at this moment to know from day to day where President Trump is. He’s shifting.

MW: Do you think he or the members of his cabinet understand the ramifications of their decisions? As an example, Education Secretary Betsy DeVos rescinding the Obama guidance on transgender students using facilities that match their gender identity. Do you think this administration understands what that means for a trans child when they leave that decision up to states and individual school districts?

I think they have no concern at all for the person. They don’t care about the person. [Their concern] really is to maintain an imaginary view of the way the world is, and to frighten people if you don’t follow that world view.

They say that if you give trans people full freedom and equality, they’re going to use that to exploit other people, or that it would hurt other people. That’s all malarkey. That’s all baloney. They just don’t want to deal with this issue. They don’t want to provide people with those choices. I don’t think that the Secretary of Education really has demonstrated, either during the confirmation hearings, or even up until today, that she really understands many of these issues.

MW: If you were to meet the man who stomped on your flag, a man who is so enraged at the idea of LGBT equality that it drives him to an act of vandalism, what would you say?

LOWENTHAL: Well, I would try to explain to him, first of all, that this anger is tremendously misguided. I would say to the person, these are not acceptable behaviors. If you have problems, it is really time to talk and to meet with people from that community that you’re opposed to. You have no right to engage in actions and threats or attacks against that community.