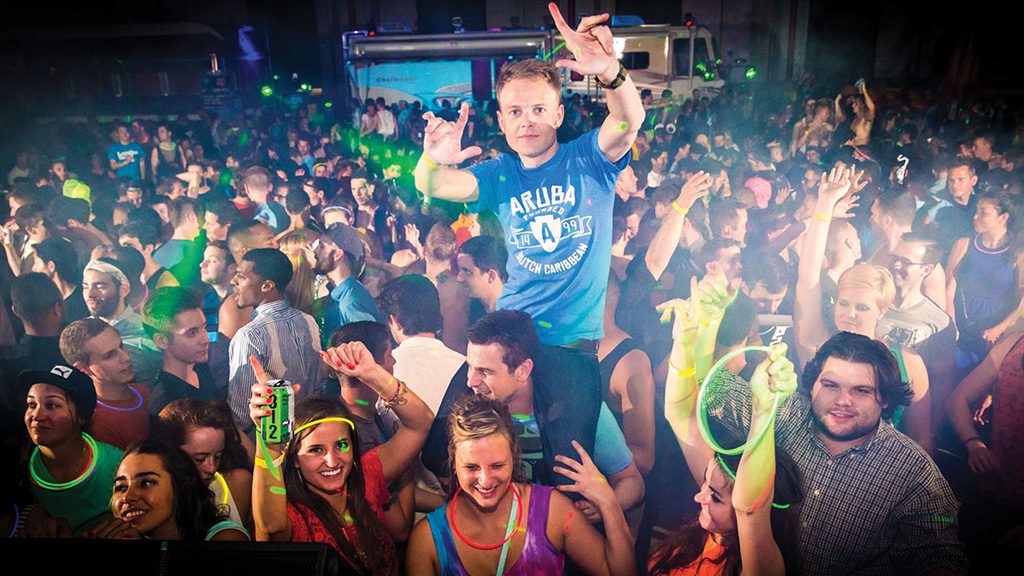 “We try and bring as many people together as we can and try to be open and inclusive,” says Devon Trotter. “It started off with a diverse crowd. I think that since it originated with our friends, who happened to be all different people, it just organically grew that way.”

Of course, CTRL has changed significantly in the five years since the party sprouted at Dahlek, the former Adams Morgan Eritrean restaurant that also gave rise to Shea Van Horn and Matt Bailer’s roving monthly Mixtape and Bailer’s monthly Peach Pit. A few months before CTRL, Trotter learned how to DJ with Brett Andriesen. The duo, known as the Pocket Gays, then collaborated with Jeff Prior and Adam Koussari-Amin for a one-off party on Valentine’s Day at the Green Lantern. That proved so successful, a month later the foursome got together to start CTRL, which distinguished itself from the get-go with a photobooth run by David Claypool, themed decor and a seemingly endless supply of party favors, from masks to glowsticks.

“Having those photobooth shots,” he says, “and people seeing them online really helped our party grow.” CTRL quickly outgrew Dahlek and moved first to Cobalt, and then, in the fall of 2014, to Town. The party favors and a slightly more mainstream electro/EDM-focused musical approach — as guided by Trotter, Prior and Koussari-Amin — help ensure CTRL is a more festive, even rambunctious night out than the typical, regardless of venue. Although being at Town heightens everything.

“What’s unique about CTRL at Town,” Trotter says, “is you get people who randomly came to Town and then found out about the party and now have become fans of the party…. It’s been positive all around.”