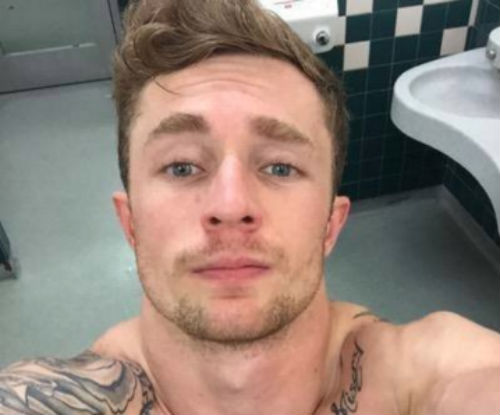 A gay adult film star has promised to donate a portion of his salary to help provide support services for LGBTQ youth.

Markie More, of Next Door Studios, has promised that $250 from every scene he shoots will be donated to the Gay-Straight Alliance network, which supports gay-straight alliances at schools throughout California, reports The Huffington Post.

More announced his retirement earlier this month, but is now jumping back in front of the cameras for a good cause.

“I’ve always felt a calling within myself to help people — especially those who can’t necessarily help themselves,” More told a crowd at The Phoenix Forum, an adult online entertainment trade show. “And over the years, it’s only gotten stronger, this feeling.

“I took some time to reflect and I realized that this is the very industry that changed my life for the better. Being more confident, comfortable with who I am, comfortable with my sexuality,” More continued. “It’s helped me grow in ways I wouldn’t have imagined. I realized I can still fulfill this calling and while continuing in the industry.”

By giving to the GSA network, More hopes to provide seed money to start more gay-straight alliances at schools that can serve as resources or support groups for LGTBQ youth. Such groups often take on the role of providing a “safe space” in an environment where LGBTQ people may be bullied or harassed.

More said GSAs give youth “a safe place to learn, a comfortable place to socialize and avoid that hate — and just to grow.”

“I believe we just need to love each other,” he said. “Just be kind.”

John Riley is the local news reporter for Metro Weekly. He can be reached at jriley@metroweekly.com
← Previous Story George Michael Dies at 53
Next Story → Breaking Bad’s Lavell Crawford: Gay men should “try pussy,” lesbians should “try a dick”