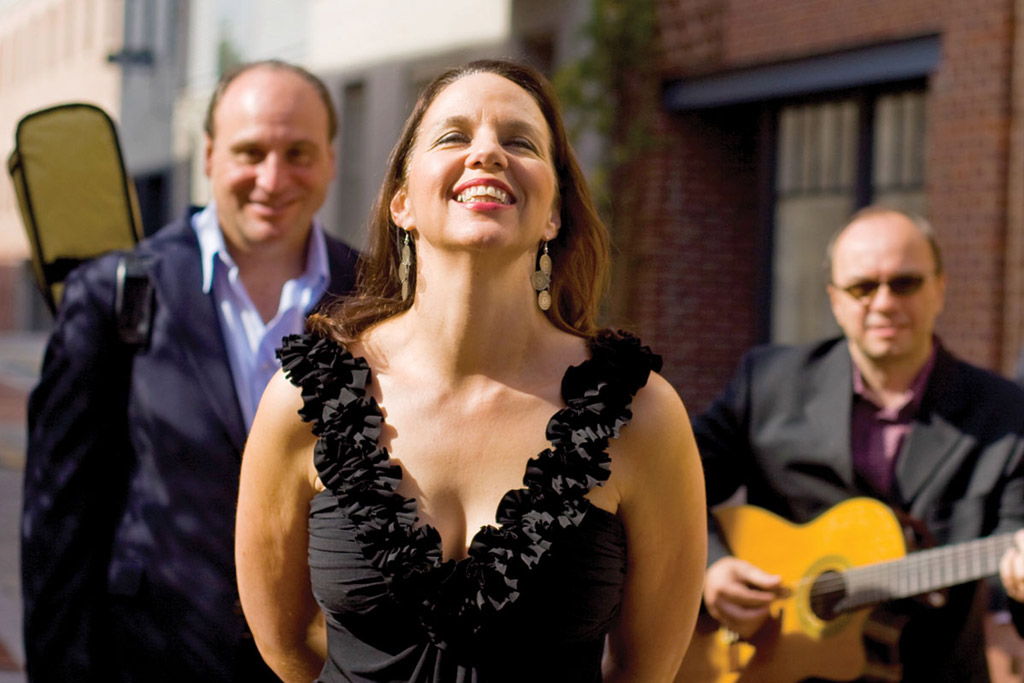 Not many people can say they were featured in the first picture on the internet. In fact, only four women can make the claim.

“We were called Les Horribles Cernettes, or the acronym LHC,” Lynn Veronneau says. “I’m the one on the right in the red dress.” LHC was a parody pop group comprised of women who worked in Switzerland at the European Organization for Nuclear Research — or CERN, as it’s more widely known. “We had bouffant hairdos and big fluffy dresses, and we sang songs about physics.”

LHC’s big moment came when fellow CERN employee and web inventor Tim Berners-Lee asked for their image — and subsequently spread it far and wide via hypertext transfer protocol (HTTP). They were the first viral image, and the four women — all still singers, though now scattered around the globe — are considering reuniting this summer for the 25th anniversary of the photo.

At the moment, however, Veronneau’s primary focus is on recording new music and touring with her eponymous, globally-inspired jazz band, formed half a decade ago in Northern Virginia with guitarist Ken Avis, her husband.

Next week, Veronneau and her band will appear at Blues Alley, performing songs from their forthcoming third album. The appearance precedes a tour to Veronneau’s native Canada and the U.K. over the spring and summer. Following the tour, the couple, who have lived in the D.C. area for 17 years, expect to finally be eligible for U.S. citizenship. It was an inevitability that Veronneau had never questioned, until recently.

“I haven’t stopped biting my nails since November 8,” she says. “My family’s all back home saying, ‘Lynn, come back home.’ And I thought, that’s a definite option for us. It’s an attractive option, too.” Yet ultimately not as attractive as staying and fighting.

“Now more than ever I want to be American,” she says. “After living here for so long, after building a wonderful life here, after meeting so many incredible people, I want the right to vote…. I want my say. I want to stand up. I want to not live in fear.” –Doug Rule