N.C. lawmaker pushes bill to bully the NCAA and ACC for HB 2 stance 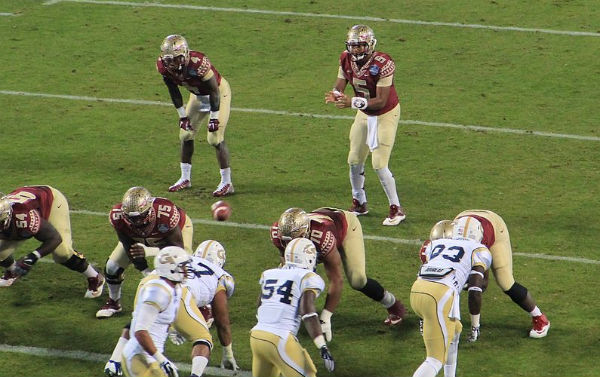 Republican lawmakers in North Carolina are placing a target on the NCAA and ACC after both organizations said they will continue to take into account how friendly local and state laws are toward the LGBTQ community when picking host sites for upcoming championship events.

Last year, the NCAA and ACC both relocated events from North Carolina for the 2016-2017 season because of HB 2, the law that restrict transgender people’s access to bathrooms and overturns local nondiscrimination ordinances. As both organizations prepare to make decisions on host cities for sporting events through the next six years, they have urged North Carolina legislators to repeal the bill, which has Republicans crying foul.

Enter Rep. Mark Brody (R-Monroe), who announced in a Facebook post that he’s filing a bill to investigate the NCAA and ACC. The bill will try and determine whether the two organizations violated their tax-exempt status by engaging in political or lobbying activities that “exceeded their respective charters by using economic retaliation against [North Carolina] for the purpose of forcing the General Assembly to adopt social legislation that is not connected to their core mission.”

“There comes a time when the citizens of North Carolina need to stand up and say ‘Enough of this foolishness!'” Brody wrote. “I believe the NCAA and the ACC have stepped out of bounds and, to the best of my ability, will never allow the General Assembly to relinquish its legislative authority over the internal affairs of the State or succumb to economic extortion to and from either the NCAA or the ACC.”

As the News & Observer noted when it first broke the news of Brody’s proposed bill, it’s not clear how its provisions would be enforced. According to the IRS website, nonprofit groups aren’t supposed to enjoy tax-exempt status “if a substantial part of its activities is attempting to influence legislation.” Nonprofits may engage in some lobbying, but too much lobbying can endanger a group’s tax-exempt status.

But that still doesn’t resolve the issue of what constitutes “substantial,” or at which point an organization’s lobbying on behalf of LGBTQ players, coaches and fans is considered “too much.” As those terms appear to be subjective, bills like Brody’s appear to be more retaliatory in nature and may be an attempt to bully the NCAA into backing away from its pro-LGBTQ stance by allowing North Carolina to host championship sporting events.

Aware that the NCAA, in particular, may be inclined to avoid controversy by retreating from its past stance, a coalition of more than 80 pro-LGBTQ groups recently signed a letter calling on NCAA President Mark Emmert and the organization’s board of governors to reaffirm their commitment to LGBTQ equality. One way of doing that, the groups suggested, would be to deny bids to host championship sporting events to those cities, states or schools that espouse anti-LGBTQ policies, such as HB 2.

John Riley is the local news reporter for Metro Weekly. He can be reached at jriley@metroweekly.com
← Previous Story Letter to NCAA: No championships to cities with anti-LGBTQ laws
Next Story → Pat McCrory can’t find a job because of his anti-LGBTQ bathroom bill