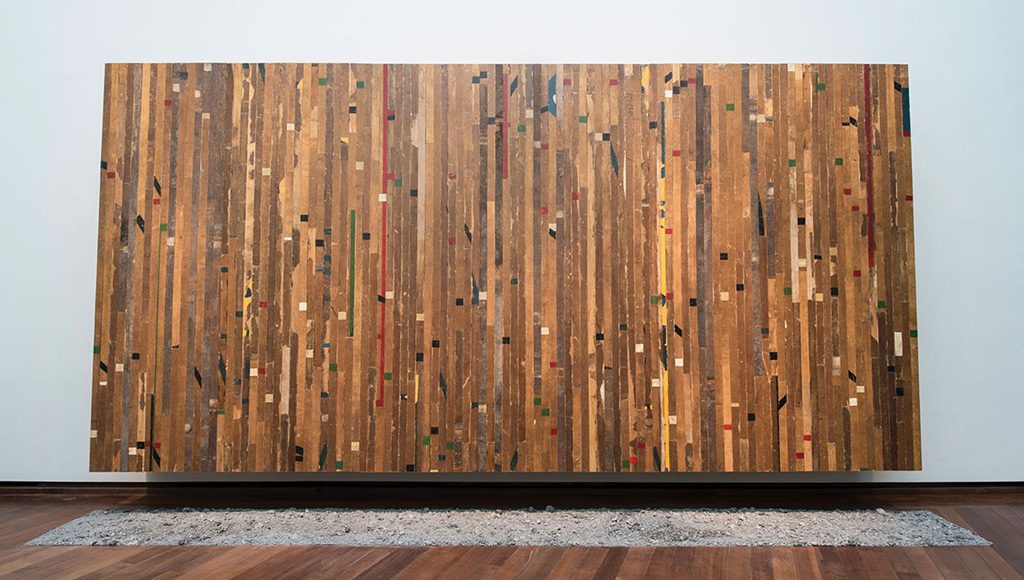 In The Tower: Theaster Gates — The Minor Arts

Several Washington museums are reflecting on American legends John F. Kennedy and Ella Fitzgerald, both born 100 years ago. Even more are honoring the April centennial of the year the U.S. began sending troops to Europe in what became World War I. Even visual artists were recruited in the cause, something documented in no less than three exhibits at the Library of Congress and the Air and Space and American History museums.

Not every museum is focused on the past, and a few are very much focused on the budding present, including a collaboration between the Hirshhorn and the Botanic Garden offering a glorious display of orchids. But for sheer verve in displays of eccentricity, nothing this spring beats the Mansion at Strathmore, where you can view drawings made exclusively using colored pencils — as well as a sculptural display of cassette tapes featuring original music inspired, indirectly, by Facebook.

It just goes to prove: creativity really can spark from anywhere.