The Nintendo Switch and Zelda Breath of the Wild (Review)

The Nintendo Switch has one great game, but you should hold off on buying one

Let me open this review with a simple statement: Do not buy the Nintendo Switch (★★★). Seriously, don’t. Take your $300, stick it in a savings account, and wait six months. By then, Nintendo’s newest console, a system designed to revolutionize the way we game, might actually be able to justify its purchase price. At the moment, it’s an incredible idea marred by suspect manufacturing, a nonexistent games library, and the sense that Nintendo rushed the Switch to launch. This recommendation, that you hold off on buying the Switch, isn’t one made lightly. Indeed, even after two weeks with the Switch I’m still conflicted, in large part because Nintendo really did achieve a lot of what they set out to do.

Nintendo’s goal to create a home console you can pick up and take with you is, for the most part, realized in the Switch. A mixture of glossy and matte black plastic, it’s light, sturdy, and comfortable to hold. The tablet portion is thin, the 6.2-inch, 1280×720 screen is bright and clear, the buttons are tactile. With both Joy-Cons (Nintendo’s new, motion-enabled controllers) attached to the display, the Switch isn’t unmanageably wide. It won’t fit into a pocket, but it will drop into a laptop bag with ease.

It can’t match an iPad for size, but the Switch’s display — combined with a kickstand that lets you prop it up on any flat surface — is perfectly usable. On a plane, at your desk, outside, on public transport, the screen can more than hold its own, even with a couple of people crammed around it.

Unfortunately, it’s here that you’ll run into one of the Switch’s main hurdles: battery life. Not only is it wildly inconsistent and dependant on the demands of the game you’re playing, but you’ll struggle to see more than 6 hours from a charge. It’s helped by a sleep mode that sips barely any juice in the background and can resume a game instantly — just like the 3DS — but if you’re planning a marathon flight or to take the Switch away for the weekend, you’ll need to pack a cable. The upside is that Nintendo has abandoned a proprietary charger in favor of USB-C, meaning those with a newer Android device, like the Google Pixel, or the latest MacBook only need to bring one charger.

When you reach home and want to switch (get it?) to playing on the big screen, the Switch makes it incredibly simple. Drop the console into its dock and within a few seconds whatever was on the Switch’s display will appear on your TV — with zero interruptions and at up to 1080p resolution. Detach the controllers from the tablet — as simple as pressing a button and sliding them off — and use them separately like Wii Remotes, or slide them into the more traditional controller grip. It’s a little awkward and tall for a controller, but perfectly usable.

What’s less usable is the fact that the left Joy-Con refuses to remain connected to my Switch. This issue has been widely documented already, with the cause identified as a poorly placed Bluetooth antenna. The controller will stay attached within a certain distance of the Switch, but place it in your usual TV setup — in my case, behind the TV — and you’ll be met with frustration and lack of input. Lying in bed, I can’t play games on a console less than ten feet away.

There are a couple of other niggles, too, such as the plastic screen being susceptible to scratching if you hit the dock when attaching or removing the Switch, or the wrist straps that attach to the Joy-Cons being poorly designed — you can slide them on the wrong way with worrying ease, at which point they’ll get jammed in place, forcing you to wrench them off.

But none of this matters when the Switch works. In those half hour moments between meetings, or on a lunch break, or while out and about, you can pull the Switch from your bag, pop out the kickstand, and get stuck into a full console game — no candy to crush or birds to fling here. Or those drowsy moments at the end of the night, when you want to keep gaming, but don’t want to stay in front of the TV: Grab the Switch from the dock, slide on the Joy-Cons and continue in bed.

There is, however, a more serious problem affecting enjoyment of the Switch: a complete lack of content. At launch, there were just over a dozen games available, several of those being Neo Geo classics such as Metal Slug 3 and the others, smaller downloadable titles. The Switch has just two major first party games: 1-2-Switch, a collection of mini games designed to show off the Switch and Joy-Cons that you shouldn’t waste your money on, and The Legend of Zelda: Breath of the Wild, perhaps the only reason most will pick up a Switch.

Breath of the Wild is Nintendo’s biggest release in years, one deliberately delayed to launch on the Switch and help sell the console. It is also the biggest Zelda game ever, one that explores new territory and new mechanics for one of gaming’s biggest franchises. Is it a perfect game? No. Is it one of the greatest games ever made? Highly debatable. Is it a great game? Undoubtedly.

In comparison to previous entries in the series, Breath of the Wild (★★★★) is a substantial departure from the norm. No longer are players confined to specific areas, funneled through the story with care and precision. Instead, Nintendo has created a massive open world for hero Link to roam — it’s 12 times larger than the overworld in Twilight Princess. Players drop into the game as Link wakes up from a century of slumber to find Hyrule in ruins and a giant beast threatening to destroy it for good. With very little instruction beyond some basic setting and a shiny new tablet that controls certain things and can provide a handy map for navigation, players are shoved out into the world. What’s next is entirely up to you.

This less controlled style is initially overwhelming. Breath of the Wild is not an easy game and won’t hesitate to kick Link’s ass. Repeatedly. Your first few hours will likely be mired in frustrations, confusion, and a general sense of “what on earth do I do now?” Link’s inventory is comically small, weapons fall apart after just a few hits, Link himself will be downed with incredible ease, he’ll collapse in exhaustion if you try to climb too far, he’ll shiver when it gets cold, and he’ll overheat when it’s too hot. He is, for all intents and purposes, a total wimp.

But the beauty of Breath of the Wild is that, right from the outset, you have the tools at your disposal to solve every problem. Too cold? Cook up a warming stew. Health low? Forage some food and boost it. Weapons underpowered? Explore the world, find a better shield, pull a stronger sword from a big rock, and then try beating those bad guys again. Breath of the Wild thrives in trial and error, with a save system that will almost always drop you back into the action somewhere near to where you died.

The game is also incredibly beautiful. With a gorgeous art style that takes the cell shading of Wind Waker and ramps it up to 11, Breath of the Wild is something of a technical feat. It’s crammed with small details — you can switch off most of the UI and still figure out what’s going on, from small hints in the distance that point to your next objective, or Link shivering when it’s getting too cold. There’s a deep physics engine that begs you to think of creative ways to dispatch enemies or explore areas, such as rolling bombs down hills or felling trees to span gaps. The sound, from the music to the voice acting — yes, it’s not all text — is gorgeous. It’s all the more impressive when you undock the Switch and take Link on the road, jumping into Hyrule on a coffee break or while 30,000 feet in the air. If nothing else, Breath of the Wild showcases the power of Nintendo’s newest console beautifully.

Except that it also doesn’t. With such a vast world, Breath of the Wild frequently chugs along, not just in heavy fight scenes, but also when exploring its vast world. It runs at 900p when docked, but the framerate frequently drops below its claimed 30 fps. However, when undocked and running at 720p, performance is more consistent, if still uneven in spots. It’s as if Nintendo’s developers planned for a giant map, but neglected to make sure the Switch could consistently power it. And of course there’s a big elephant in the room: the Wii U.

Yes, Breath of the Wild is also available on Nintendo’s last-gen console. If you don’t care about taking Link outside, you’ll find a game that, while locked to 720p, runs almost identically to the Switch version at 900p. Aside from some audio elements and other details, this is ostensibly the same game, with the same content and the same gameplay. What exactly are those who buy the Switch paying for, other than portability, if Nintendo’s older console can run the same game with the same performance?

And that really is the Switch’s biggest problem. Sure, Mario Kart 8 comes out in April and there’s more games launching over the course of this year, but right now — with the hardware issues, the lack of games, the total absence of content apps such as Netflix and Amazon — the Switch cannot justify its purchase price.

So wait six months. By then, Nintendo will hopefully have fixed the Joy-Con issues, they’ll have attached a strip to the edge of the dock that won’t damage the Switch’s screen, and there will be more games to justify the $300 Nintendo are asking for the console. Right now, unless you’re desperate to take Breath of the Wild on the road — and I can’t deny that it’s mightily impressive — there’s not much here worth investing in.

The Nintendo Switch is available now for $300 (if you can find it in stock. The Legend of Zelda: Breath of the Wild is available from Amazon, Gamestop and other retailers for $60.

Zelda: Breath of the Wild 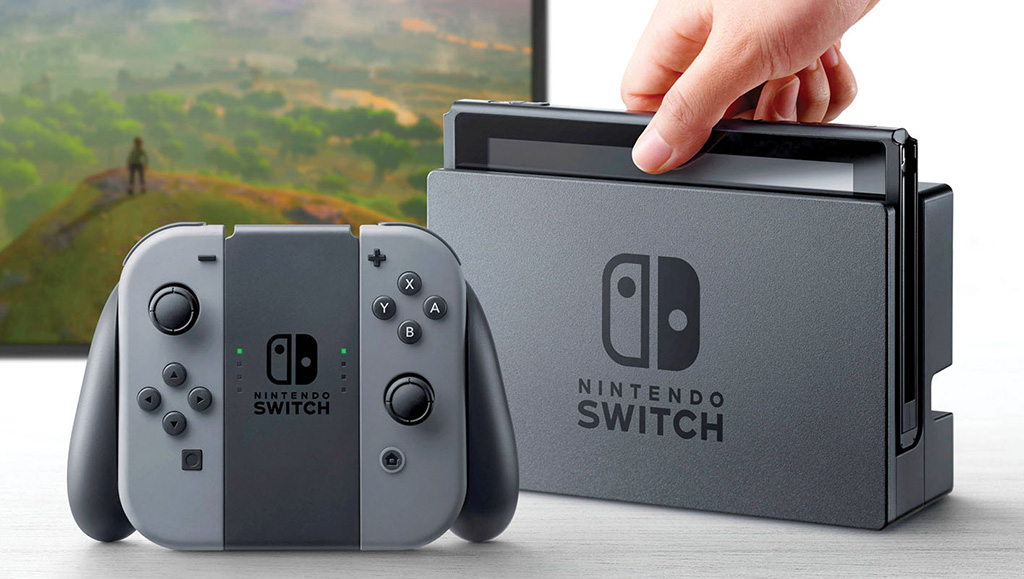