O'Reilly has a history of anti-LGBTQ statements 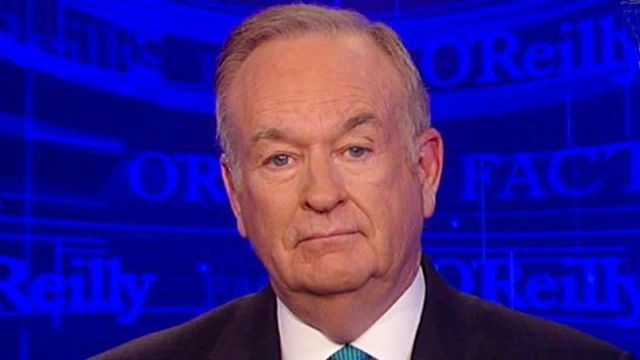 Bill O’Reilly, host of The O’Reilly Factor and one of the most recognizable and controversial faces of Fox News, has been fired.

In a statement today, Fox News’ parent company 21st Century Fox said that repeated allegations of sexual harassment against the O’Reilly Factor host had led to his ousting.

“After a thorough and careful review of the allegations, the company and Bill O’Reilly have agreed that [he] will not be returning to the Fox News Channel,” the statement read.

O’Reilly’s fall from grace at the conservative-leaning network came after it was revealed he had faced multiple sexual harassment allegations and lawsuits. The New York Times discovered that Fox News and 21st Century Fox had supported O’Reilly against the allegations, even though O’Reilly was forced to settle with 5 women over complaints of harassment and other behavior.

Of course, it wasn’t the allegations that led to O’Reilly’s downfall: it was money. More than 50 advertisers pulled their commercials from his show, currently the highest-rated cable news show. O’Reilly had recently signed a contract worth a reported $20 million per year.

O’Reilly’s ignominious end will also provide LGBTQ people some relief from the bigotry the host was fond of spouting during his nightly show. We’ve gathered some of his more memorable moments, from insulting the trans community to comparing gay people to terrorists:

During a segment on his show in early 2016, O’Reilly discussed a pro-LGBTQ editorial in The Charlotte Observer, which advocated for allowing trans people to use facilities that match their gender identity.

“According to this loony newspaper, if you have a young daughter, you should be accepting of the fact that a transgendered [sic] boy could shower next to her after an athletic exposition. That is insane,” O’Reilly said.

He then asked Fox News contributor Kirsten Powers if she understood how crazy the newspaper was being.

“No I don’t actually,” was her response. She added that she had read the editorial and “nothing about it seemed crazy to me.”

He doesn’t think gay people have a right to marry.

Appearing on CBS This Morning in 2013, O’Reilly decided to wade into the marriage equality issue. He ended up tying same-sex marriage to polygamy.

“I don’t buy into the fact that homosexuals have a constitutional right to marry,” he said. “I don’t believe that, because if that were true, then pluralists would, then Mormons could have more than one.”

O’Reilly also said that he respected “that gay people want to be treated the same as everybody else,” adding that it should be up to the states to decide.

He compared gay people to a terrorist group. No, really.

O’Reilly ran a segment on his show about a French McDonald’s advert, in which a teenage boy speaks to his boyfriend on the phone. We’ve got it here for you. Watch it, then join us below for O’Reilly’s response:

Cute, right? Not to O’Reilly. He asked Fox News’ Jane Skinner if it made her want to buy a Big Mac, “because, you know, straight people are going to watch that, too.” Skinner responded that it was about showcasing people from all walks of life.

“[It’s part] of an overreaching campaign called come as you are, which you saw at the end there,” Skinner said. “So they show people in different walks of life. This happens to be their gay friendly ad.”

“Okay,” O’Reilly responded. “Do they have an al Qaeda ad, you know, come as you are?”

Because showing gay people and terrorists is, apparently, the same to Bill O’Reilly.

He (incorrectly) said that same-sex marriage would lead to marriage with goats.

In 2005, speaking on his radio show The Radio Factor, O’Reilly said that the legalization of same-sex marriage in Massachusetts would lead to people marrying goats.

He said that in ten years, “this is gonna be a totally different country.”

“Laws that you think are in stone — they’re gonna evaporate, man,” O’Reilly said. “You’ll be able to marry a goat — you mark my words!”

Back in 2013, O’Reilly spent five minute on one of his shows mocking LGBTQ people for attending the Coney Island Mermaid Parade.

According to Media Matters, the segment “featured [O’Reilly’s producer Jesse] Watters asking parade-goers dressed in drag and in costumes a variety of questions, followed by derisive reactions from either Watters or from inserted film clips that depicted famous actors and actresses in moments exuding disgust or disdain.”

Watters also asked a teacher if he was “setting a good example” for children by attending the parade. O’Reilly ended the segment by stating: “I’m not being a wiseguy or being offensive. It seems like there are a lot of gays attracted to this…. Why is that?”

Rhuaridh Marr is Metro Weekly's online editor. He can be reached at rmarr@metroweekly.com.
← Previous Story RuPaul’s Drag Race will return for a tenth season
Next Story → Emmys 2017: RuPaul’s Drag Race gets 8 noms, including Outstanding Reality-Competition Program