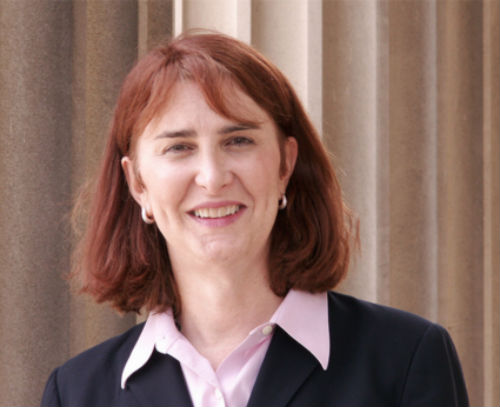 The Gay and Lesbian Activists Alliance of Washington, D.C. will honor four LGBTQ leaders with the 2017 Distinguished Service Award at its annual gala on Thursday, April 20.

The awards will be presented at GLAA’s 46th annual anniversary reception at Policy Restaurant and Lounge in Washington. They are given out annually to activists who have made significant contributions on behalf of the LGBTQ community on the national or local level.

Gutierrez, an activist, historian, poet and leather enthusiast, is known for his activism on HIV/AIDS and role in helping found several LGBTQ Latino organizations, including Latinos en Accion, the Latino GLBT History Project, Diccion Queer and Latino Leather. He was also one of the organizers of the first DC Latino Pride.

Harmon, a writer and former organizer for Americans United for Separation of Church and State, works with faith communities to engage on LGBTQ issues. He is the pastor of a “radically inclusive” congregation in Washington, D.C., and serves as the executive director of Many Voices, a nonprofit aimed at creating a Black Church movement that is LGBTQ-inclusive.

Keisling, in her role as head of the National Center for Transgender Equality, is known as a national figure within the transgender community, helping lead various coalitions to promote and sustain advances in transgender equality. Under her leadership, NCTE has been involved in various campaigns to hold politicians accountable, combat anti-LGBTQ legislation, and advocate for more trans-inclusive policies in government.

Lynn, the head of Americans United for Separation of Church and State, has worked with GLAA to oppose voucher programs that shuffle government funds to primarily religious schools that discriminate against LGBTQ students, teachers and staff. He has also led the charge against efforts by the Religious Right to carve out exemptions in the law that would allow them to discriminate against members of the LGTBQ community.

The reception will also recognize GLAA’s successful policy efforts, including the Death Certificate Gender Identity Recognition Amendment Act, the Death with Dignity Act, and the legalization of surrogacy parenting agreements, as well as efforts to reform policing in the District of Columbia. Going forward, GLAA is hoping to push back against congressional efforts to undermine the District’s pro-LGBTQ laws.

“Our liberal city, where no anti-gay or anti-trans bills are even introduced in the D.C. Council, is still targeted by the same anti-democratic forces behind the wave of religious supremacy bills misnamed ‘religious freedom’ in statehouses across the country,” Guillaume Bagal, GLAA’s president, said in a statement. “The continued congressional meddling in our local affairs is one reason we are part of a nationwide effort to fight back.”