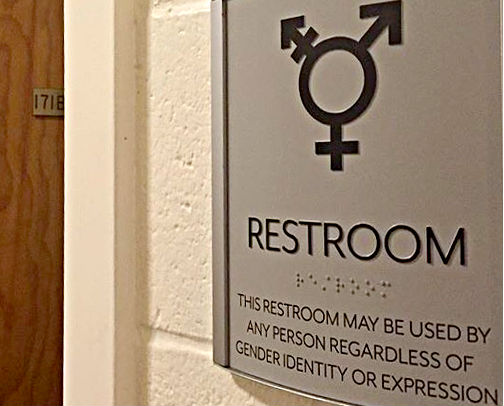 Most transgender students are being unfairly barred from facilities that match their gender identity, according to a new report.

Three out of every 4 transgender students feel unsafe at school, and 60 % are being forced to use incorrect facilities.

The report, published by the Movement Advancement Project and GLSEN, in cooperation with the National Center for Transgender Equality and the National Education Association, seeks to highlight statistics about transgender students’ school experiences and the need for federal protections.

Hostile policies also send a message to transgender students that they are not supported by teachers, school administrators, and local and national political leaders, which can create mental problems or problems with self-esteem.

Conversely, the report says, research shows that transgender students treated according to their gender identity have similar mental health outcomes to their non-transgender peers.

In particular, the report hits out against the decision by the Trump administration to rescind federal Obama-era guidance to schools that urged districts to treat transgender children according to their gender identity.

LGBTQ advocates say the rescission of the guidance has created a vacuum and a level of uncertainty about the rights and protections to which transgender students are entitled.

In the absence of any clear federal guidance, states try to fill the void by proposing restrictive “bathroom bills” that limit transgender access to public spaces based on their biological sex at birth. Examples include North Carolina, where restrictions on restrooms remain in place even after the so-called “repeal” of HB 2, and Texas, where the controversial SB 6 easily passed the state Senate.

Highlighting these outcomes, MAP, GLSEN, NCTE and the NEA have sent a copy of the report and penned an open letter to U.S. Secretary of Education Betsy DeVos to argue that the Department of Education is jeopardizing transgender students’ wellbeing and safety.

They also point to 13 states and the District of Columbia with statewide pro-LGBTQ student policies, as well as hundreds of school districts in other states who have successfully adopted similar policies, all without incident.

“Having inclusive school policies does nothing to diminish schools’ legal obligation to ensure safe education facilities and to act if a student behaves inappropriately or tries to invade someone’s privacy,” Ineke Mushovic, the executive director of MAP, said in a statement. “If any student attempts to abuse an inclusive policy, schools can and will take action. And schools can also offer privacy options for any student who simply feels uncomfortable.