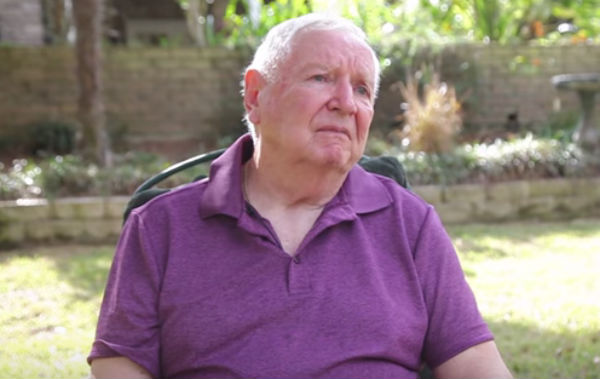 A gay man in Mississippi is suing a funeral home for refusing to transport and cremate his late husband’s body.

Jack Zawadski is suing Brewer Funeral Services, the parent company of Picayune Funeral Home, with the help of Lambda Legal.

The 82-year-old was forced to scramble for alternate funeral arrangements after Picayune refused to handle Robert Huskey’s body after his death. The lawsuit seeks damages for breach of contract, negligent misrepresentation, and the intentional and negligent infliction of emotional distress.

“What happened to this family is shocking,” Lambda Legal Counsel Beth Littrell, said in a statement. “Almost immediately after losing his husband and partner of more than 50 years, Jack Zawadski’s grief was compounded by injustice and callous treatment from the very place that should have helped ease his suffering.”

Zawadski and Huskey had been together for 52 years and were married in Mississippi in 2015. But Huskey’s health was failing, and he entered a nursing home soon after. In April 2016, John Gaspari, the couple’s nephew, made arrangements with Picayune Funeral Home to cremate Bob’s body after his death at its on-site crematorium — which is the only crematorium in Pearl River County.

Following Huskey’s death in May of last year, the nursing home called Gaspari and notified him that Picayune was refusing to pick up the body and perform the cremation after the nursing home had sent over paperwork listing Zawadski as Huskey’s husband.

Since the nursing home could not keep Bob’s body on site, Zawadski and Gaspari began searching for another funeral home with a crematorium. They found one in Hattiesburg, Miss. — 90 miles away. However, because it would take hours for the Hattiesburg hearse to arrive, they had to find another funeral home in Picayune that was willing to transport Huskey’s body to Hattiesburg.

“I felt as if all the air had been knocked out of me,” Zawadski said. “Bob was my life, and we had always felt so welcome in this community. And then, at a moment of such personal pain and loss, to have someone do what they did to me, to us, to Bob, I just couldn’t believe it. No one should be put through what we were put through.”

Although such a law in Mississippi has been blocked from going into effect by a federal judge, the fact that Zawadski was discriminated against in the absence of a “religious freedom” law makes it clear that the presence of such a law would have exacerbated the situation.

Had Mississippi’s “religious freedom” exemption been enshrined in law, the discrimination against Zawadski and Huskey still would have occurred, but Zawadski would be prohibited from pursuing legal action against Picayune Funeral Home, which would simply be able to insulate themselves from charges by proving their owners or employees hold “sincerely held religious principles” opposing homosexuality or same-sex marriage.

“John [Gaspari] made all necessary arrangements before Bob’s passing in order to shield his 82-year-old uncle from additional suffering and to allow friends to gather to support Jack in his grief,” Littrell added. “Instead, Bob’s peaceful passing was marred by turmoil, distress and indignity, adding immeasurable anguish to Jack and John’s loss. This should not have happened to them, and should not be allowed to happen again.”