With "Alien: Covenant," Ridley Scott answers the age-old question, which came first, the facehugger or the egg? 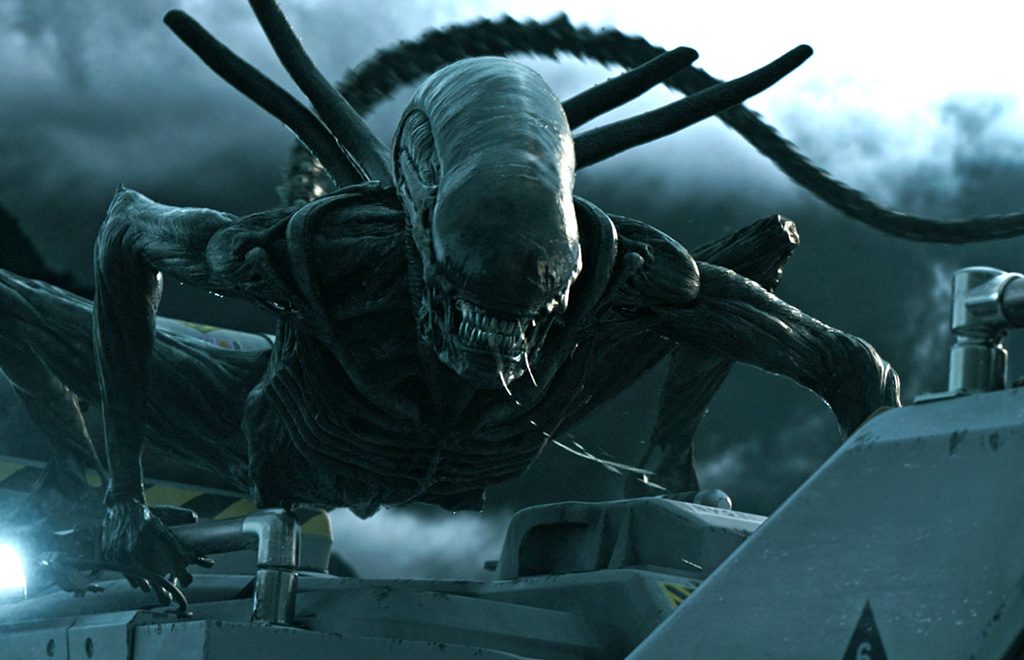 It is eternally perplexing why filmmakers choose to endure the creative duress of prequels. While the lure of exploring an origin story is clearly compelling, allowing a filmmaker to bring greater depth and understanding to previously created subject matter, it must also be like trying to jam a square peg into a round hole. Sometimes, it works — witness what Francis Ford Coppola achieved with Godfather, Part II — and sometimes it doesn’t (yes, George Lucas, we’re looking at you), even though the intent is to create a chronology for future generations to watch a story from the very beginning to the very end.

The problem with a prequel, however, comes with alignment. A good sequel advances a premise, taking it in new, unexpected directions. Prequels, on the other hand, are tethered to and constrained by the original subject matter. They’re stuck on a pre-defined track that, no matter how many swerves and detours are taken, must wind up at exactly the right spot, lest continuity suffer.

Wrenching a narrative into place takes effort. And creativity. And, it would seem, time. Lots and lots of time. No longer can anything be achieved with just one film. Now we need two, or three, or, in the case of the “Alien” franchise, god knows how many. All I know is, director Ridley Scott isn’t getting any younger. And neither are we. It would be nice to see this saga wrap up before we’re all dead.

And yet, by the time Alien: Covenant (★★★½) has concluded,  revealing its (somewhat unstartling) secrets, you realize that, much like 2012’s Prometheus, only a tiny shred of information, leading to the events of the ill-fated voyage of the Nostromo in Alien, has been revealed. While each of the two prequels tell their own story, and while Covenant is vastly more gory, vastly more action-packed, vastly more frightening and unnerving than the boring dredge pile that was Prometheus, it still only gives us an inch when what we really want is a mile.

Walk into Alien: Covenant without having seen at least Prometheus, if not the original Alien, and you’ll find yourself lost in a thicket of nuance. Covenant shares remarkably similar DNA to Alien, and the new film is littered with references to the 1979 classic, including a tough-minded heroine, a possibly duplicitous synthetic, a dulcet-voiced “mother,” and even, at one point, a familiar “drinking bird.” But these are details — the real similarity is in the telling: Covenant might as well be Alien with a special effects facelift.

The plot goes something like this: The Covenant is a massive — and gorgeous — colonization ship toting several thousand frozen humans and embryos to a far off world, presumably to get away from an Earth ravaged by climate change deniers, Republicans, and any remaining Trump progeny. The ship is tended to by a placid synthetic named Walter, an upgrade from the previous film’s David who has had creativity and emotion stripped from his programming. He’s like an efficient, talking microwave with flesh. When the ship’s core crew of 15 are jolted out of a peaceful cryosleep by an “accident,” they unearth a signal emanating from a habitable planet 70 years closer than their true destination, and the captain chooses to investigate. Because that’s always a good idea, right? 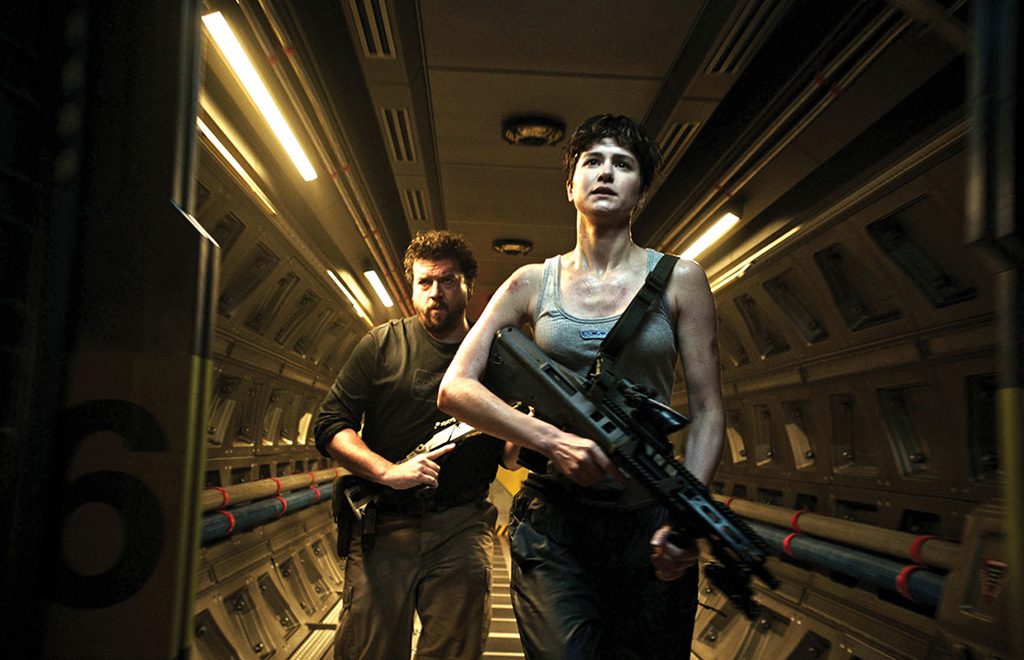 Once on the planet, the crew encounters a being who inevitably poses that timeless question: which came first, the facehugger or the egg?

Covenant exhibits signs of how the prequels will, at some point, match up with the Alien narrative, and the web is already frothing over what’s going to happen next. But after you’ve seen Covenant, consider this: is Ridley Scott thumbing his nose at the mythology James Cameron advanced in Aliens, his sublime 1986 sequel? No matter. People will one day watch the series from start to finish and devise a drinking game from the inconsistencies that arise.

Here’s what’s good about Covenant: The set-pieces are efficient, thrilling works of art, and are flanked by several quietly unnerving, terrifying sequences, even though none rise to the level of Alien, which featured an insidiously slow pacing that ripped through the seams at the end, producing a third act of unprecedented intensity as Sigourney Weaver’s Ripley frantically struggled to escape both a ferocious, unstoppable xenomorph and a massive ship set to self-destruct — all while trying to save a cat.

Another similarity between the original Alien and Covenant lies in the formation of the crew. They’re not exactly as memorable as the crew of the Nostromo, but they have that same rag-tag camaraderie that makes space travel so much fun for everyone. Katherine Waterston brings stoic resolve to the movie’s heroine, Daniels, though she’s hardly iconic. Danny McBride adds rumpled zip to the ship’s pilot, Tennessee, and Billy Crudup is a scene-stealer as a religious zealot who ends up on the wrong side of an egg. The rest of the cast is fodder, and are pretty much dispensed with, one by one. The crew is made up of couples, which gives their deaths greater weight, and Scott has seen fit to include a gay couple in the mix and it’s a pleasure to watch how quietly and matter-of-factly they’re revealed. They’re here. They’re queer. They’re alien food. 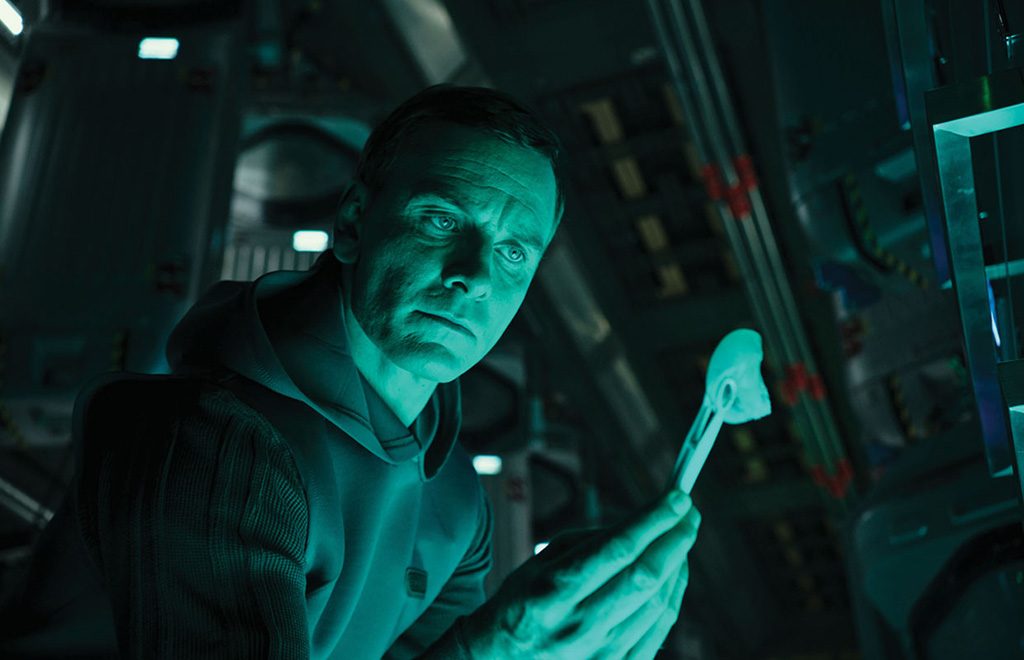 Walter is portrayed to majestic, frequently unsettling effect by Michael Fassbender, who, in the movie’s opening moments, also appears as the unhinged earlier model, David.

Alien and its sequels focused on the creature as the perfect life-form. But with Prometheus and Covenant, Scott explores the idea of how that perfect life-form came into being. The notion was hinted at in Prometheus, as we met the Engineers, a race whose horrific, life-mutating virus is key to Covenant‘s ultimate premise. It’s the stuff of Frankenstein and The Island of Dr. Moreau, so well-trod it feels culturally trampled. Which is why perhaps it would have been better to not try to explain the original film in the first place. In doing so, Scott has stripped his 1979 groundbreaking film of all its mystery, and supplanted it with the world’s oldest cliche: Somebody decides to play god and ends up creating a monster.