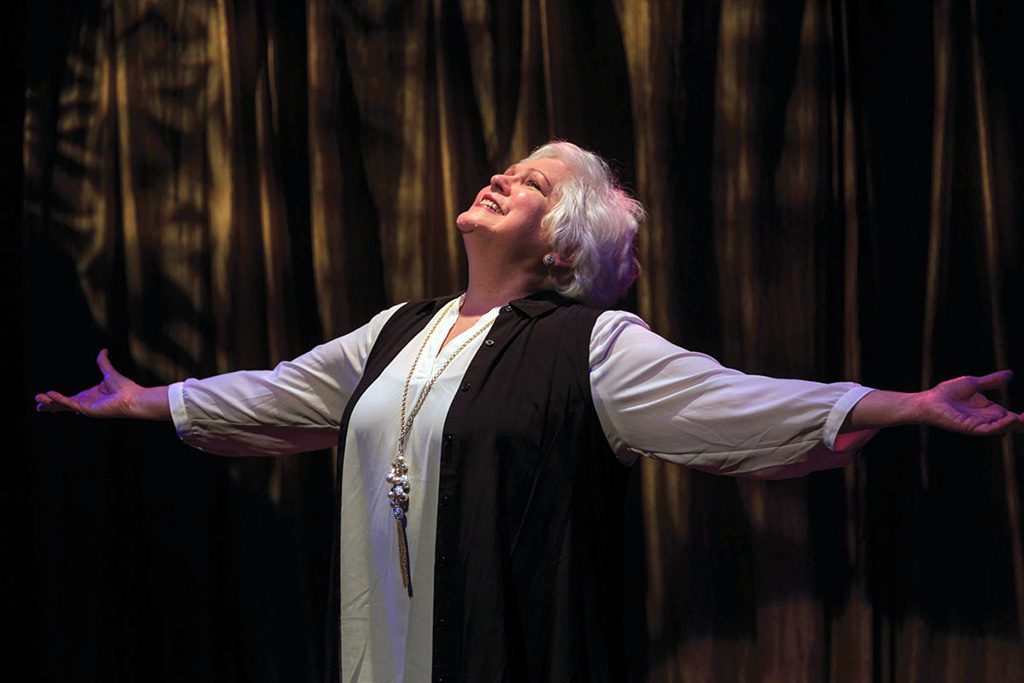 “I don’t know how she’s doing it,” marvels Stephen Gregory Smith. “I created a near-impossible thing for an actor to memorize.” Smith is talking about Florence Lacey, star of Kaleidoscope, a new musical co-written with his longtime collaborator (and partner), composer Matt Conner. The show centers on an aging stage diva struggling with early signs of Alzheimer’s.

Lacey, who replaced Patti LuPone in the original Broadway production of Evita, told Smith she considers this her most challenging role yet.

“She has to memorize a series of monologues and speeches that are all variants, that twist and turn in different ways,” he says. “And she’s also the driver of the evening. There’s a supporting cast around her, but if she loses her place, [everything] will be derailed.”

Lacey first pitched the idea for Kaleidoscope to Conner while starring in the composer’s first musical, Nevermore. “She thought that Alzheimer’s was something that had not really been touched on yet at that time,” Conner says. A decade later, Kaleidoscope is the third of five new musicals commissioned by Creative Cauldron.

The show has already had an impact beyond simply the composition or the staging. “We’ve had a lot of talkbacks after the show where a lot of people have said it’s very cathartic,” Smith says. “They saw their parents again, or their grandparents, and it kind of gave them peace to see, perhaps, where they were in their mind, or what they were experiencing. It’s been a beautiful journey so far.”