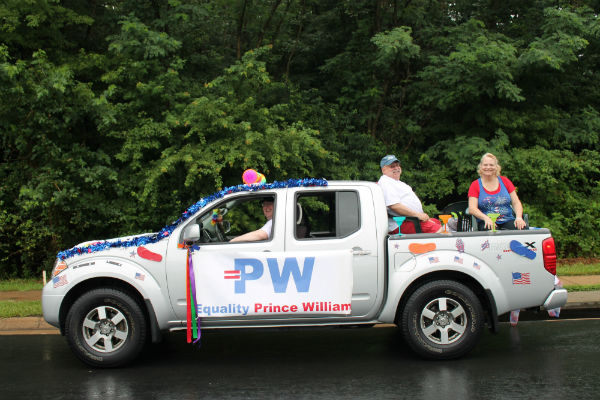 Two LGBTQ groups in Northern Virginia will participate in local Independence Day parades, to help increase visibility in their local communities and highlight issues that affect LGBTQ people in the commonwealth.

In Loudoun County, members of the newly relaunched Equality Loudoun will march in the Leesburg Independence Day Parade on Tuesday, July 4 at 10 a.m. This will mark the first time the group has marched in a local parade.

“A core tenant of Equality Loudoun is to bring together the LBGT community in Loudoun County,” Melissa Cooper, a member of the group’s steering committee, said in a statement. “We believe through visibility and activism, we can and must make our neighborhoods a safer place for all of our LGBT family, especially the LGBT youth who currently struggle in Loudoun County.”

Equality Prince William will take part in the Dale City Independence Day Parade & Family Fun Day, also held on July 4 at 10 a.m. The organization has participated in the parade for the last four years.

James Parrish, the executive director of statewide organization Equality Virginia, applauded organizers of both parades for extending an invitation to LGBTQ groups.

“On the Fourth of July, we celebrate America as a land of opportunity and freedom — where people who work hard and meet their responsibilities have the chance to get ahead,” Parrish said in a statement. “By marching alongside their communities in their Fourth of July parades, Equality Loudoun and Equality Prince William remind us that gay and transgender people are our friends, neighbors, family, and coworkers.”

There are currently no statewide protections in employment, housing, or public accommodations for LGBTQ people in the commonwealth, and local boards of supervisors are prohibited by law from passing their own protections.

Equality advocates hope that when residents of the commonwealth get to know LGBTQ people personally and have social interactions with them, they will become more supportive of measures that promote equal treatment.

“We hope that folks in Prince William and Loudoun will welcome these marchers and know when it comes to being able to earn a living, having a place to live, or being served by a business or government office, everyone, including gay and transgender people, should be granted the same opportunity and freedom as any other American,” said Parrish.