The U.S. Department of Education’s Office for Civil Rights (OCR) has issued new guidance to employees on how best to deal with discrimination complaints lodged by transgender students.

In February, the Department of Education and the Department of Justice rescinded guidance from the Obama administration that had advised schools to treat transgender students according to their gender identity. That move sparked criticism from LGBTQ rights groups, who argued that rescinding the guidance would leave students at risk of harassment, bullying, and discrimination.

But the Education Department insists that just because it rescinded the Obama-era guidance does not mean that transgender students do not enjoy some level of protection against various forms of harassment. The new guidance, which was issued to employees last week, says officials should rely on Title IX when “evaluating complaints of sex discrimination against individuals whether or not the individual is transgender.”

“It is the goal and desire of this Department that OCR approach each of these cases with great care and individualized attention before reaching a dismissal conclusion,” the guidance reads. “Please evaluate each allegation separately, searching for a permissible jurisdictional basis for OCR to retain and pursue the complaint.”

But the guidance also hints that OCR may intend to dismiss any instances where a student claims they were discriminated against when they were denied access to the bathroom matching their gender identity). Examples of such discrimination were the basis for lawsuits brought by transgender teenagers Gavin Grimm in Virginia and Ash Whitaker in Wisconsin.

“It is permissible, for example, for one allegation in a complaint (such as harassment based on gender stereotypes) to go forward while another allegation (such as denial of access to restrooms based on gender identity) is dismissed,” the guidance continues.

GLSEN, the organization that advocates for LGBTQ students, pointed out that the wording of the guidance could be problematic, particularly if the department decides not to pursue complaints of restroom-associated discrimination. The Trump administration has previously argued that transgender students’ restroom access is a decision best left up to individual states.

“GLSEN calls on OCR to specify whether they will defend trans students’ access to safe and appropriate school facilities — regardless of where the student lives or what local protections may or may not exist,” Eliza Byard, the executive director of GLSEN, said in a statement. “Forcing trans students to use restrooms that do not align with their gender identity puts those students at risk of harassment and violence.”

LGBTQ advocates also point out that the guidance could be confusing for schools trying to figure out how to deal with transgender students who claim they’ve been discriminated against. This comes after Education Secretary Betsy DeVos testified before the House and Senate Appropriations Committees, where she attempted to dodge questions about whether OCR would protect LGBTQ students by refusing public funds to schools that actively discriminate based on the sexual orientation or gender identity of students or their parents.

For the American Civil Liberties Union, the law remains clear following several favorable court decisions finding that discrimination against transgender students — including their ability to access restrooms consistent with their gender identity — violates either their rights under Title IX, or, at the very least, their rights under the Equal Protection Clause of the Fourteenth Amendment to the U.S. Constitution.

“The Trump administration’s decision to revoke the guidance on Title IX and transgender students was a shameful move. That guidance provided clarity to schools, as well as to transgender students and their parents,” James Esseks, the director of the ACLU’s LGBT and HIV Project, said in a statement.

“These new instructions from the Department of Education are far from clear, and federal court rulings are increasingly on the side of transgender students,” Esseks added, implying that the organization may pursue further lawsuits to challenge the new guidance. “The ACLU will continue to fight in the courts for the basic dignity and equality of transgender students.”

German diplomat reportedly told police his husband was acting strangely and had been drinking prior to his death. 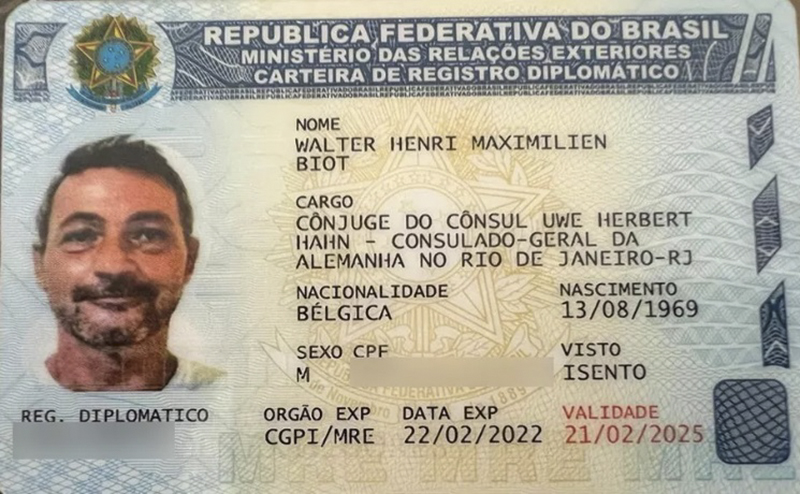 Brazilian police have arrested a German diplomat for allegedly killing his husband at their home in Rio de Janeiro before attempting to cover up the crime.

But an autopsy of the body and an investigation of the couple's apartment, located in the swanky Ipanema neighborhood, claims that Biot had been severely beaten to death, according to CBS News.