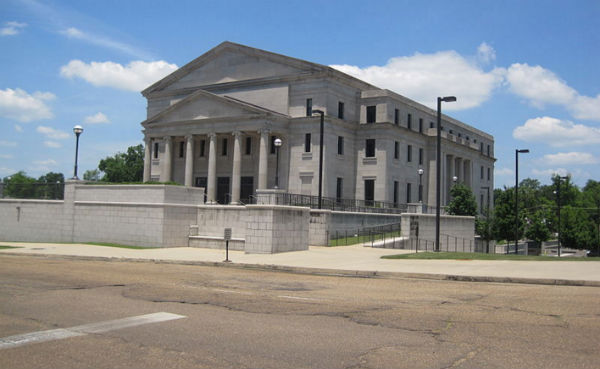 Lawyers representing a lesbian woman who is being denied her parental rights have appealed a lower court’s ruling against her to the Mississippi Supreme Court.

The woman, Chris Strickland, is seeking to be recognized as the legal mother to her two sons, whom she raised with her former wife, Kimberly Day. The couple adopted one son and had another together using assisted reproductive technology and an anonymous sperm donor.

Because the state of Mississippi previously banned same-sex couples from adopting, and refused to recognize the couple’s 2009 marriage in Massachusetts as valid, Day was listed as the adoptive parent of their first son, and gave birth to their second son, to whom she has a biological connection.

When the couple separated in 2013, Strickland continued to visit the boys and provide financial support for them until Day cut off all contact in August 2015, the same month she married another spouse and Strickland filed for divorce. In May 2016, the trial court ruled Day’s second marriage void.

But in October 2016, the trial court also found that the anonymous sperm donor’s “rights” as a parent superseded those of Strickland, as the non-biological lesbian parent. Still, the court ordered Strickland to pay child support and awarded her visitation rights, finding she was a person acting “in loco parentis,” or in place of a parent despite not having any legal connection to the children.

“The court carved out an exception to the rule that a child born to a married couple is the legal child of both spouses, ruling that children born as a result of assisted reproduction are the children of the mother and the anonymous sperm donor,” Beth Littrell, counsel for Lambda Legal, which is representing Strickland, said in a statement.

“The lower court’s decision is demeaning and destabilizing, marking Chris and her children as unworthy of the usual protections married families rely on when adult relationships fail,” Littrell added. “That the court considers an unknowable donor who provided sperm to a fertility clinic more of a parent than the person who takes care of the child when he is sick or helps him with his homework is a slap in the face to thousands of Mississippi families.”

In their appeal on behalf of Strickland, Lambda Legal and local counsel Diane Ellis argue that the trial court has discriminated against Strickland’s second son based on the circumstances of his birth and contrary to his best interests, in violation of the Due Process Clause of the U.S. Constitution. By denying Strickland’s status as the full legal parent of the child born to a married couple, the lawyers argue, the Court has marked Strickland and her son as inferior and unworthy of the same legal relationship and protections afforded to heterosexual, non-biological parents.

“The presumption that children born to married parents have two legal parents from birth is grounded in important child-centered public policy considerations. … As in most states, the marital presumption in Mississippi is grounded in policies ensuring stable families, and that both parents are financially responsible for their marital children,” the brief reads. “These public policy bases apply equally to all marital children born via assisted reproduction with anonymous donor sperm regardless of whether their parents are same-sex or different-sex parents.

“Married same-sex couples are similarly situated to married different-sex couples. Their need, and their children’s need, for parental recognition from birth are equally important. To the extent the lower court’s refusal to find Christina was the legal parent of Z.S. from the moment of his birth was based on her sex or sexual orientation, it violated both her, and his, constitutional rights to equal protection.”

“Our sons have two mothers and they deserve the right to a legal relationship with both of their parents,” Strickland said in a statement. “These two precious boys are the world to me. I’m going to keep fighting to make good on my promise to love and care for them for the rest of my life.”