Home / Arts + Entertainment / Music / Vassy is fearless, in both her career and her defense of human rights

Vassy is fearless, in both her career and her defense of human rights 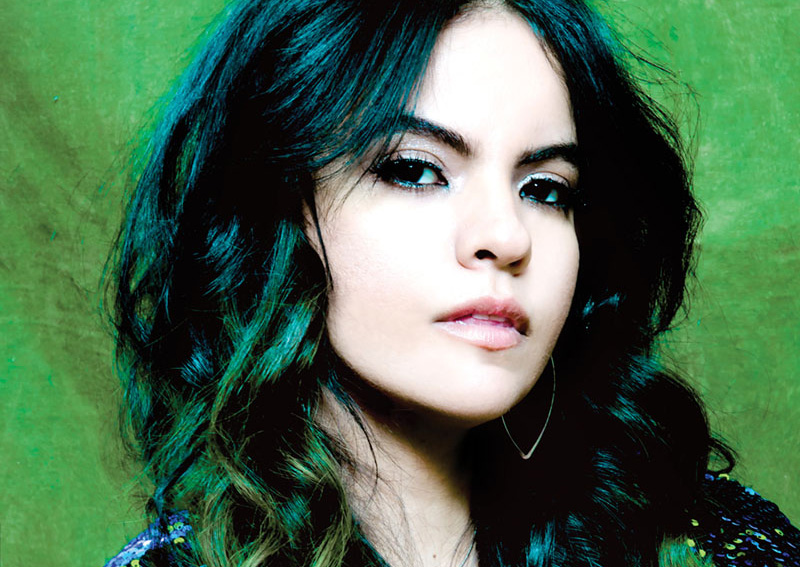 Had Vassy listened to her music teachers when she was seven-years-old, she might never have become a certified Platinum recording artist with multiple chart-topping dance hits.

“I always wanted to do music, even from a young age,” says the Australian-born vocalist. “But I was actually kicked out of school choir. I was told I don’t have what it takes. Can you believe that shit? I have sort of a weird voice. But I think it’s because I was just instinctively an artist, at a young age. I probably wasn’t singing the melody like the rest of the kids, following protocol. I was totally doing my own little thing.”

It’s that same powerful, brassy, yet soulful voice that’s propelled Vassy’s rise. The 34-year-old has had five different singles reach the top ten on Billboard‘s Dance Club Songs Chart, including No. 1 hits “We Are Young,” “Hustlin’,” and “Nothing to Lose,” her most recent project, produced by the “Godfather of EDM,” Tiësto. Her trademark voice has also been featured on popular singles like Tiësto and KSHMR’s “Secrets” and David Guetta and Showtek’s “Bad,” which earned her an award in 2015 at the 30th Annual International Dance Music Awards.

Vassy has always been an unapologetic defender of the downtrodden, outcasts, and the marginalized, speaking out against bullying, working with people with disabilities, advocating for at-risk teenagers, and serving as an LGBTQ ally and ambassador to the NoH8 campaign.

“When I was 14 in high school, one of my dearest friends, a special little soul, used to get teased,” she says. “I remember one day asking him, ‘When are you going to tell your family you like boys?’ He just looked at me, poor thing. He was shocked, and he started crying…. I didn’t even know what ‘gay’ was. I just instinctively was in tune with sexuality, and how it can differ, and it’s a versatile place.

“I was just one of those kids, like I don’t give a shit. If I ever saw anyone vulnerable get teased, I would just step in and tell that little bully where to go. I wanted, from a young age, to protect people who got teased by other people, and that’s how I became passionate about advocating for human rights. Not just gay rights, but all rights.”

Currently hitting various festivals and Gay Prides internationally, Vassy is especially thrilled to be performing at the Capital Pride Concert on Sunday, June 11.

“The energy at these festivals is awesome,” she says. “People are really there to celebrate, and it’s a day where everyone’s coming together to celebrate the same thing. I feel there is a bond, a very special bond, that happens. It’s that one day where we’re all there for the same reason. There’s just love in the air.”

Vassy is scheduled to perform on the Main Stage of the Capital Pride Concert on Sunday, June 11, around 2:15 p.m. Times are subject to change. For the latest updates, and info on how to purchase VIP or Pit Passes, visit capitalpride.org.

John Riley is the local news reporter for Metro Weekly. He can be reached at jriley@metroweekly.com
← Previous Story !!! (chk-chk-chk) comes to U Street Music Hall
Next Story → DC Jazz Festival launches June 9 at the Howard Theatre