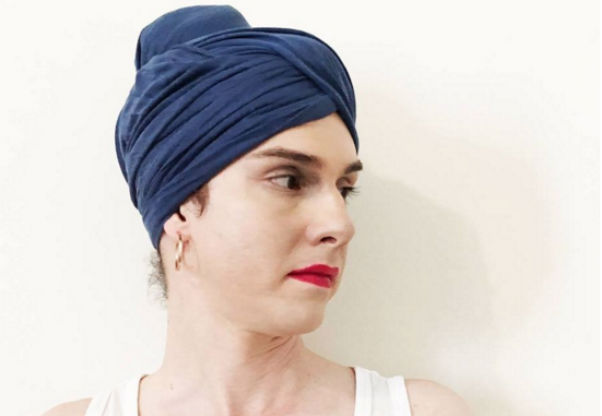 Gavin Russom, who plays synth and percussion for LCD Soundsystem, has come out as transgender.

Russom, who is keeping the name by which she is famous, said she had tried multiple times to come out, but now finally felt ready to live openly.

Russom told Pitchfork she “made a concerted effort to make my trans identity known” several times since childhood. But what makes this time different is that she now is “in a stable moment in my life” that allowed her to focus on her own acceptance of her gender identity.

“There was legitimately something unmanageable for me about living as a cis man,” she said. “I was working so hard just to present this image of myself that ran very deeply counter to who I really am.”

Now 43 years old, Russom wishes she had been able to work through her feelings about her gender identity sooner, but hopes her story will help dispel any prejudice her fans may have about transgender people.

“Over the last year and a half, I went from my trans identity being something I was in touch with and worked through in one way or another, to suddenly this shift where it’s on the front burner,” Russom said in the interview. “Now it’s time to become a whole person.”

“Up until this point, I felt comfortable working with my own gender fluidity, my own identification within the feminine end of the spectrum, and the politics that arise from those things through my music,” said Russom. “Retroactively, this is a thread that goes through my entire body of work. It’s an interesting way to listen to it if you weren’t already getting that.”

Speaking to Grindr, Russom said that her bandmates have been “really supportive” about her transition. “The general feeling in the group is that will make the band better,” she said.

“I feel very blessed because the world that I operate in is relatively open-minded. I mean, the electronic music world can be extremely bro-y and also close-minded and sometimes even worse than maybe a more traditional office job,” Russom told Pitchfork. “However, at least where I’ve found myself, the people who are around me have been very supportive. I still had fears that I might experience consequences, mostly because I know so many trans women who have lost their jobs when they’ve come out. It’s a very unfortunate reality. There was a fear and awareness that my ability to do this really is a privilege — and it shouldn’t be, but it is.”

Russom will DJ publicly for the first time as a trans woman at Chicago’s Berlin nightclub on July 3, the night that LCD Soundsystem headlines at Pitchfork Music Festival.

Cutting Edge: LCD Soundsystem has played a role in the trend of combining rock and dance music