Margaret Cho: Comedians must push boundaries and be offensive

In the age of Trump, Margaret Cho wants to speak out more than ever 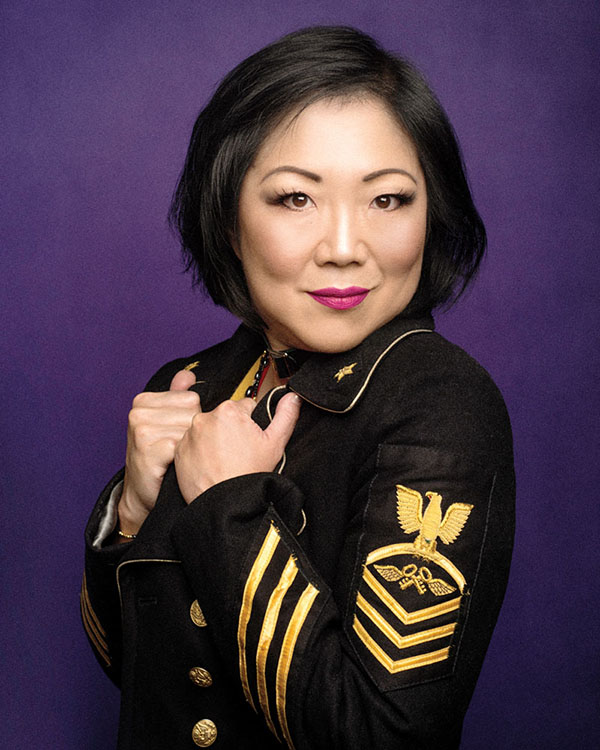 “I did a comedy event at the Kennedy Center in early June,” says Margaret Cho. “And they specifically asked us — me, Jerry Seinfeld and Jay Leno — not to talk about Donald Trump at all.”

The reason? Ivanka was present.

“It was very weird,” says Cho, who will appear next week in a special benefit performance for GWU’s LGBT Health Policy & Practice program. “Very alarming and very strange.” Stifling comedians is an idea that doesn’t settle well with the bisexual comic.

“I think about Kathy Griffin and the incredible backlash she was dealing with, and how it’s brought that whole thing back of comedians going too far,” she says. “A comedian’s purpose is to push boundaries and to be offensive.”

No stranger to controversy, Cho respects her platform. “Being a woman of color, being politically progressive, being queer, being all of these identities that I am, somehow gives me a lot more freedom to speak,” says the 48-year-old of Korean descent. “Whether it’s on race, or on women’s rights, or gay rights, or any of these things. Just by virtue of not being white, it allows me more of a place to talk, because minorities are generally not listened to.”

Cho won’t rule out a political career. “It’s a strong possibility at some point in my life. Not right now, but someday.”

Meanwhile, watch for her cameo in Sharknado 5: Global Swarming, debuting on SyFy on August 6.

“I love Sharknado,” she exclaims. “Love, love, love! The sharks have now melded together and sort of created a blob. I couldn’t really understand it. But I have a cameo with Jai Rodriguez from Queer Eye. We’re a straight couple. Which I think is shock enough.”

Margaret Cho appears Thursday, July 13, at Lisner Auditorium. Tickets are $55 to $75. VIP tickets include prime seating and a meet-and-greet with Ms. Cho after the performance. Benefiting GWU’s LGBT Health Policy & Practice. Tickets are available at the Lisner box office and online at gwutickets.com.

Randy Shulman is Metro Weekly's Publisher and Editor-in-Chief. He can be reached at rshulman@metroweekly.com.
← Previous Story The Second City: …Divided We Stand at the Kennedy Center
Next Story → Dragon Slayed: Piff the Magic Dragon comes to Arlington