Letter to U.S. senators warns that Eric Dreiband's record on civil rights is antithetical to the post he's seeking 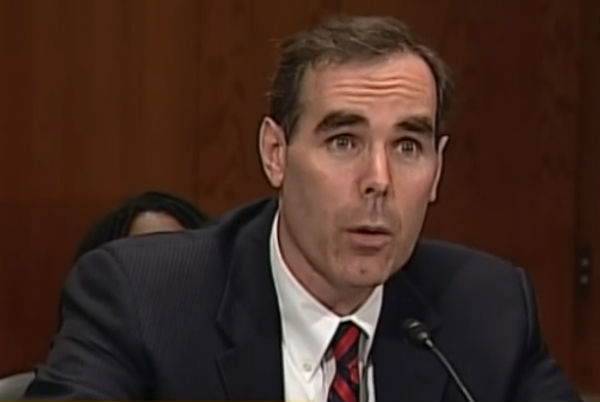 The Leadership Conference on Civil and Human Rights and 77 civil rights organizations are restating their opposition to the nomination of Eric Dreiband to be Assistant Attorney General of the Civil Rights Division at the Department of Justice.

In a letter to U.S. senators, the civil and human rights groups urge the senators to oppose Dreiband’s confirmation, citing his long record of defending corporations accused of engaging in employment discrimination.

They also note that he has opposed some civil rights protections and the ability of victims to sue for discrimination, not only in his work life, but in a personal capacity.

“Mr. Dreiband — like many other individuals who have been nominated by President Trump to lead federal offices whose missions they have challenged and opposed during their careers –is the wrong choice for this position, and we urge you to vote against him,” the letter reads. “This year marks the 60th anniversary of the Civil Rights Division. The American people deserve a leader of that office who will embrace its historic mission and statutory obligations, and fight for the civil rights of all Americans.”

But it’s not just Dreiband’s ideology that the groups behind the letter take issue with: it’s also his qualifications. The authors note that he has no known experience working on voting rights, or issues related to housing, education, police reform, or hate crimes — which would fall under the purview of the Civil Rights Division.

The letter also outlines potentially problematic views or positions taken by Dreiband that could impede his willingness — and by extension, the department’s ability — to hold companies or individuals accountable when they engage in prohibited discrimination.

Dreiband is most infamous among LGBTQ advocates for represented the University of North Carolina in a lawsuit challenging its decision to enforce HB 2, the controversial North Carolina law that restricted restroom access for transgender people and nullified local ordinances prohibiting discrimination based on sexual orientation or gender identity.

In a separate case, Dreiband successfully represented nonprofit organizations seeking religious exemptions from having to provide insurance coverage for contraception under the Affordable Care Act. Recently, a mortgage company based out of Colorado has utilized the argument that was used to allow employers to deny coverage for contraception to justify its decision to yank spousal health care benefits from employees in same-sex marriages.

Several of Dreiband’s former clients have been corporations that have been accused of violating civil rights laws by discriminating against American Muslims, African-Americans and Hispanics in employment. As a personal citizen, Dreiband has testified before Congress against legislation that would have allowed victims of gender and age discrimination to be compensated for their injury, and co-authored an article criticizing efforts to “ban the box,” or not take a person’s arrest or conviction history into account when making hiring decisions.

“In its first six months, the Trump Administration has exhibited an open hostility to core civil rights principles. The Justice Department’s Civil Rights Division must serve as a bulwark against that troubling trend,” the letter’s authors write. “The American people need and deserve an Assistant Attorney General for Civil Rights who has a demonstrated commitment to marginalized communities and to enforcing our nation’s civil rights laws. Instead, Mr. Dreiband would bring personal views that are hostile to civil rights, and the experiences and perspectives of a career spent primarily defending powerful corporations accused of discrimination.

“As a coalition of advocates for justice, including many law organizations, we do not attribute to Mr. Dreiband the conduct of his clients; rather, we criticize him for the anti-civil rights positions he has espoused in pursuing their interests, which mirror his own personal ideology,” they conclude.