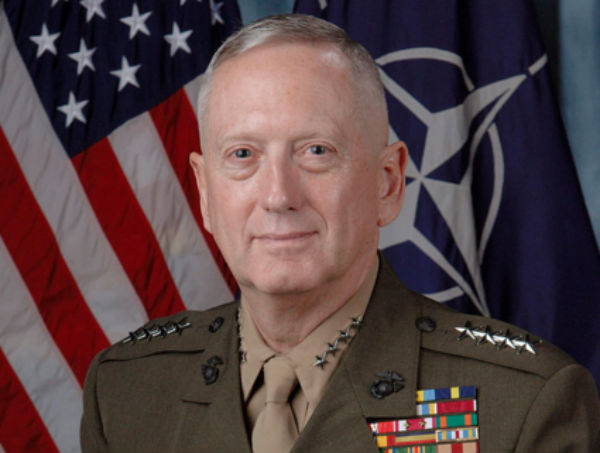 In his first public comments addressing President Trump’s proposed ban on transgender service members, Defense Secretary Jim Mattis hinted that he and other Pentagon officials may amend that policy as they see fit.

On Monday, Mattis told reporters that he is expecting the White House to issue guidance on how it would like to see such a ban enforced, reports The Hill. But he also said the Pentagon would study any proposal and incorporate changes to it.

“The policy is going to address whether or not transgenders can serve, under what conditions, what medical support they require, [and] how much time would they be perhaps non-deployable, leaving others to pick up their share of everything,” Mattis said.

“There’s a host of issues and I’m learning more about this than I ever thought I would. It’s obviously very complex.”

Mattis confirmed that the Pentagon is working with White House staff in drafting the proposed restrictions on transgender military service. There is no indication yet of how any change of policy will affect those troops who came out following former Defense Secretary Ash Carter’s promise that service members would not be forcibly discharged just because they are transgender.

Mattis said Pentagon officials were simply serving as advisors and were working “in a supporting role” as the White House lays out the specifics of the ban and how it will be implemented.

Late last month, Trump tweeted that the U.S. military would “not accept or allow” transgender individuals to serve “in any capacity,” citing the importance of military readiness and the cost of transition-related health care for transgender troops.

In response to news reports that he was caught off guard by the President’s tweet, Mattis said “there was a fair amount of discussion about the transgender issue” prior to the president’s announcement. Mattis had previously delayed a deadline by which the military was supposed to begin accepting out transgender recruits, ordering the various services to study the issue and its effect on military readiness, and report back to him by Dec. 1.

Trump has insisted that he’s doing the military “a great favor” by pushing the ban. Prior to his election, Trump had told voters at a veterans forum that allowing transgender people to serve in the military was simply caving to  “political correctness,” a concept he called “ridiculous.”

John Riley is the local news reporter for Metro Weekly. He can be reached at jriley@metroweekly.com
← Previous Story Texas bathroom bill defeated as special session wraps up
Next Story → Log Cabin condemns bigotry in response to Charlottesville