By John Riley on August 2, 2017 @JohnAndresRiley 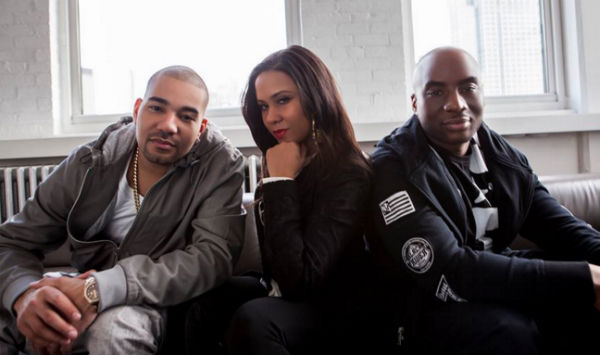 “This transphobic, homophobic rhetoric is not funny and does not deserve a platform.”

–A Care2 petition demanding that iHeartRadio drop the show The Breakfast Club after hosts Charlamagne tha God, DJ Envy and Angela Yee allegedly laughed at a joke by comedian Lil Duval that he would kill a woman he had been dating if he found out she was transgender.

“I don’t care. She dying. You manipulated me into believing this thing…In my mind I’m gay now,” Lil Duval said of the hypothetical situation when he appeared on the show last Friday. He also referred to transwomen as “boys.”

Audio shows the hosts then interjected and tried to explain that he couldn’t threaten to kill transgender people, with Charlamagne tha God saying it would be a “hate crime,” though he also opined that transgender women should tell men about their gender identity before becoming romantically involved or face legal consequences for not doing so.

The Care2 petition claims that the show has a “long history of peddling ignorant, homophobic, transphobic, sexist content.”

Pointing to the rising numbers of anti-transgender killings over the past few years, the petition also notes that Lil Duval’s comments come the same week that Dwanya Hickerson pled guilty to stabbing and killing Mississippi nurse Dee Whigham last summer. Whigham, then 25, was found in a hotel with 115 stab wounds, the majority covering her face. Her throat was also slashed three times.

“Transwomen like myself face the threat of violence every single day we step out into the public, just as a consequence for living our truth,” Sarah Rose, Care2’s LGBTQ Issues Advocate and the author of the petition, said in a statement. “The Breakfast Club’s dialogue is another unfortunate and sick example of humor made at the expense of a subjugated, derided minority that our media is all too happy to applaud. My hope is that this Care2 petition sends a clear message: advertisers and businesses should not stand for advocating violence and hate crimes.”

Following the airing of its show with Lil Duval, the hashtag #BoycottBreakfastClub started trending on Twitter and social media.

“I think it’s clear, if you listen to the whole entire interview, you can hear that none of us were like, ‘Yes, Lil Duval, that’s what you should do,'” Yee said.

“We condemned it!” interjected Charlamagne.

“I understand the hurt for that community, with things that have been happening, so I’m not going to take away from how they feel about it. But I just want to make sure it’s expressed that we have never, in any way — we didn’t say those comments, and we didn’t agree with them,” added Yee.

The hosts and several of their callers also said that the show has been very LGBTQ-friendly over its run, and has even hosted transgender guests like author Janet Mock.

Transgender murder rates are out of control

John Riley is the local news reporter for Metro Weekly. He can be reached at jriley@metroweekly.com
← Previous Story 56 retired generals and admirals say transgender ban will hurt military readiness
Next Story → Anti-gay activist panics about same-sex sleepovers and overnight camps