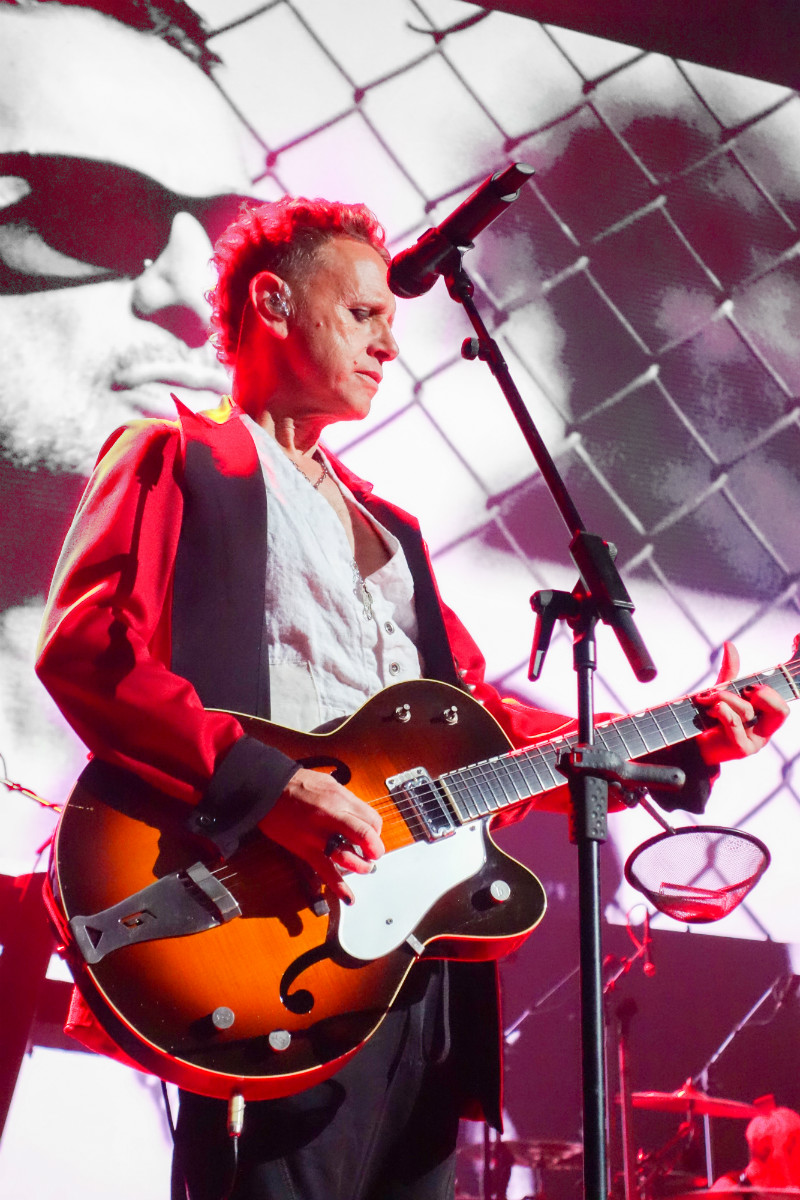 There is a rhythm and measure to the life of a band. Make the album, tour the album, sell the DVD and the live album. Depeche Mode more consistently than most follow this schedule, and while after 14 albums since 1981,the consistency and quality of those albums have waxed and waned, their live presentation is as energetic and powerful as ever. No small part of that was the addition of Alan Wilder’s drums and Martin Gore’s guitar to their live set in 1993, which propelled the electronic band to a new sense of real rock power.

On Thursday night at the Capital One Arena in DC, they presented their Global Spirit Tour to a nearly sold out crowd in support of the dour and heavily “political” album Spirit. Opening with their latest single “Going Backwards,” a tribute to everything wrong with the current state of affairs, the giant video screen behind them seemed to mock the tone of the song, with splotches projected upon it is as if Jackson Pollock had regurgitated a box of neon crayons. Guitarist/keyboardist Martin Gore and singer Dave Gahan worked the front of the stage, while keyboardist Andy Fletcher backed them up along with guest drummer Christian Eigner and keyboardist Peter Gordeno. 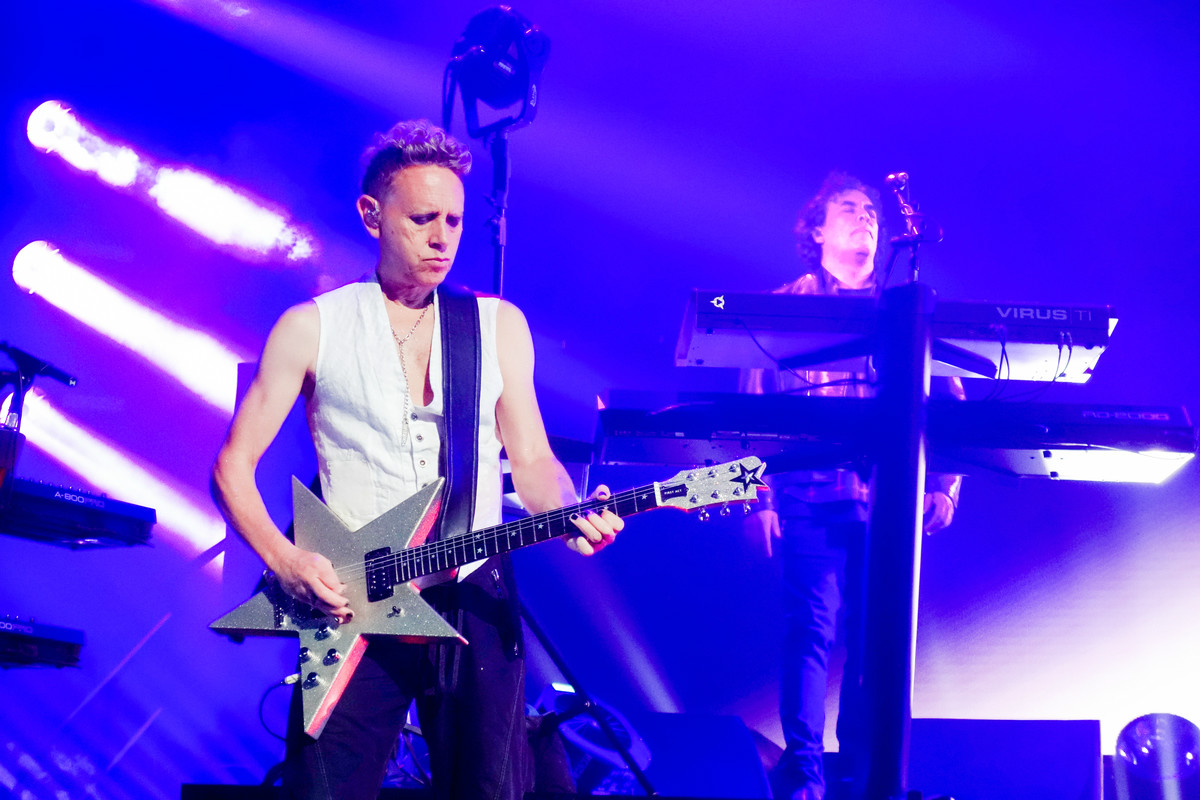 There’s always a few clunkers in a 22-song set — hell, you gotta get more scotch sometime — but Depeche delivered extended flourishes to several monster hits, and Gore going solo for “A Question of Lust” and “Somebody” always brings cheers from the crowd. A stunning rendition of David Bowie’s “Heroes” highlighted the 5 song encore.

A hallmark of Depeche Mode shows since the early ’90s has been the unique film elements, lighting and staging by longtime visual collaborator Anton Corbijn. His obvious contributions here are several stunning black and white videos in his signature style. Of particular note is the one for “Cover Me” which casts Gahan as a lonely silver suited astronaut, both yearning to leave earth, and longing to return. 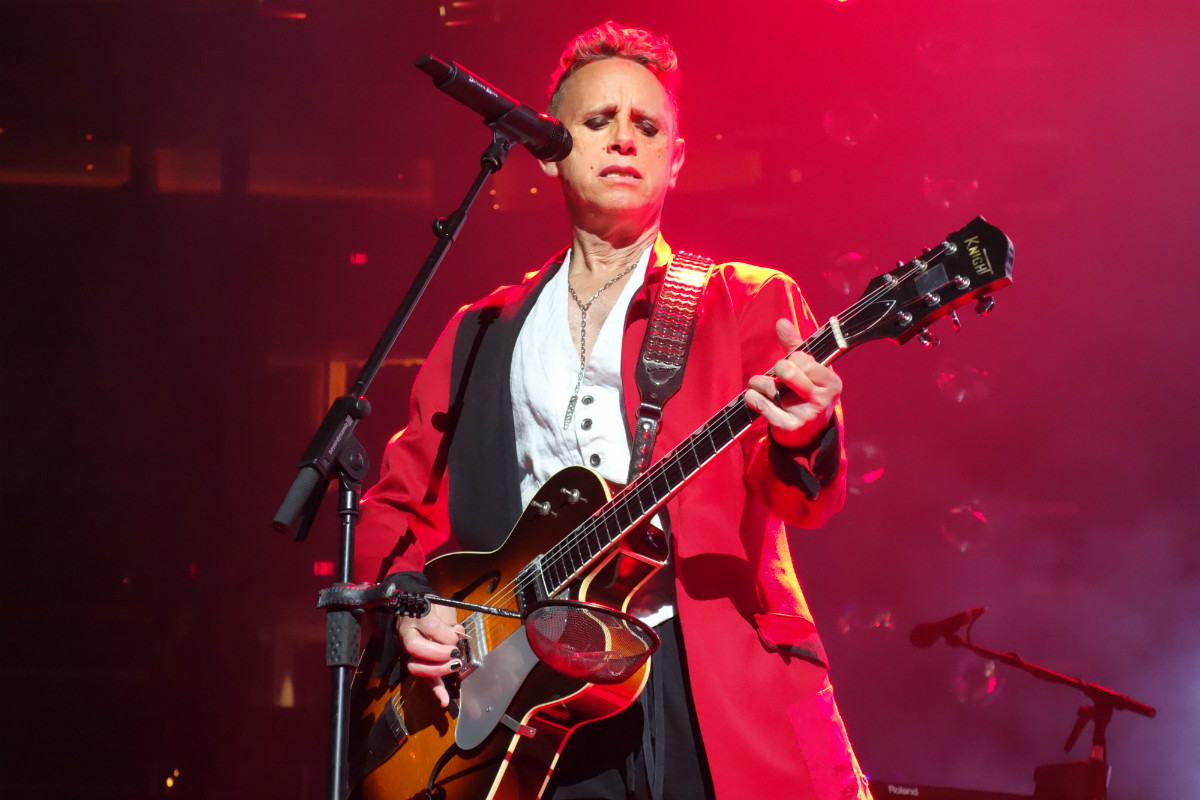 The massive screen behind the band was split on it’s lower third, providing a walkway it’s length that was unfortunately barely used. “In Your Room” was accompanied by a poorly filmed and produced piece that culminated with young couple doing interpretive dance around their room, which was a cheesy living room set in a studio. “Walking in My Shoes” featured a slightly better documentary style film of a gender-nonconforming musician getting ready for their evening performance.

Both were utterly distracting and added nothing to the songs. Thankfully the majority of screen time was given to the live performances, the technique pioneered by Duran Duran in 1983 that has become a staple of most every live act.

Ultimately, Depeche Mode succeeded in satisfying the diverse crowd neo-goths, cosplayers, truckers and the PTA moms, with nods to nearly every high point in their career.