Our picks of the best arts and entertainment events in D.C. this week 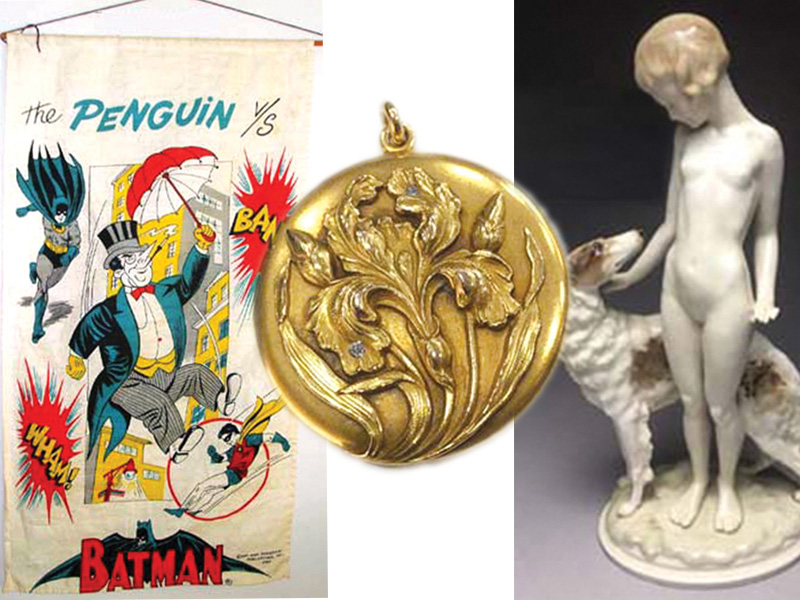 Renowned as the Mid-Atlantic’s largest antique flea market, the massive showcase includes booths offering unique, quality antiques for home and office. This is not the flea market of yore, but one where you can find sophisticated, sleek and sturdy furniture and designs, from fine antiques to vintage clothing and handbags to mid-century modern artworks. Saturday, Sept. 16, from 9 a.m. to 6 p.m., and Sunday, Jan. 17, from 11 a.m. to 5 p.m. Dulles Expo Center, 4320 Chantilly Shopping Center, Chantilly, Va. Admission is $10 and valid for both days. Call 757-430-4735 or visit thebigfleamarket.com. 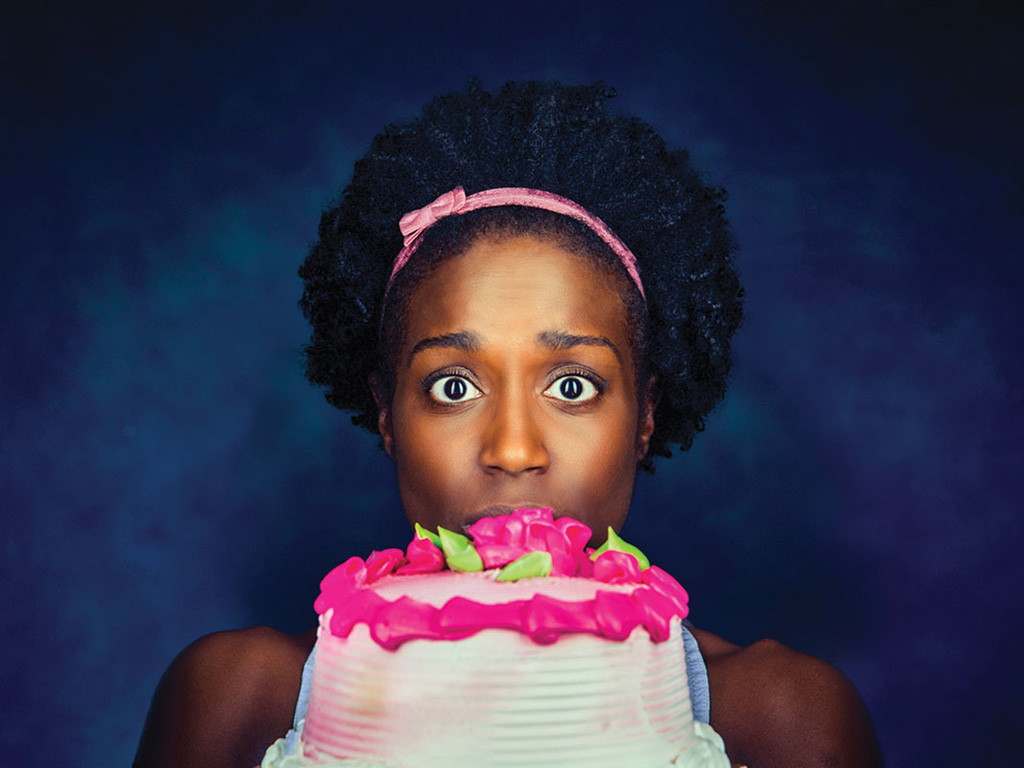 The experimental, Helen Hayes Award-winning collective Factory449 offers a showcase for a stellar local actress as Rick Hammerly directs fellow company member Felicia Curry as a girl who gets caught up in sex trafficking, exploring her harrowing battle for survival in an increasingly unjust world. The work, written by up-and-coming British playwright Cordelia Lynn and based on a true story, also features Renaldo McClinton. To Oct. 1. Anacostia Arts Center, 1231 Good Hope Road SE. Tickets are $22. Call 202-631-6291 or visit factory449.com. 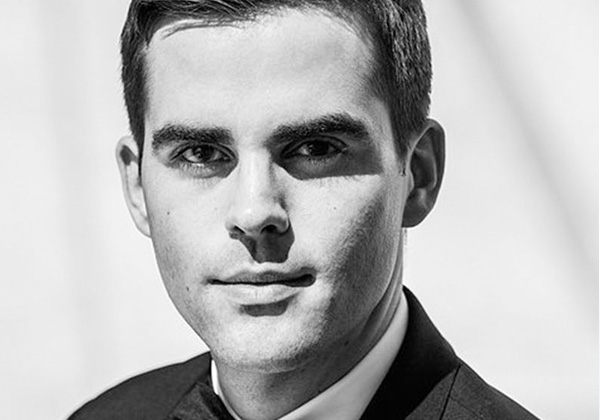 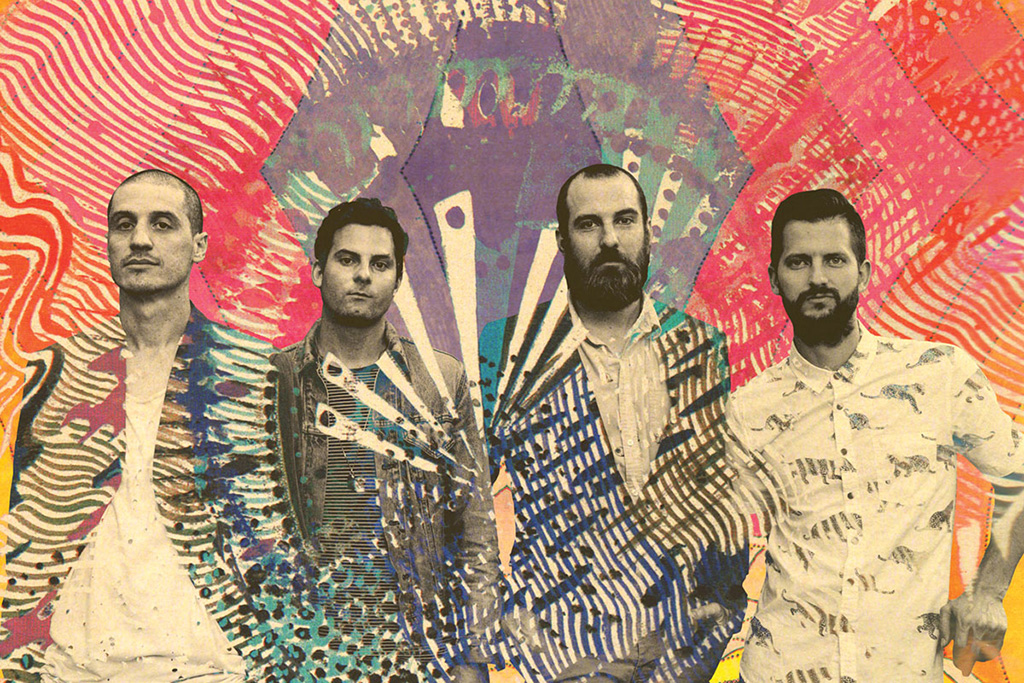 An electro-experimental alt-rock band from New Orleans, led by keyboardist and vocalist Paul Meany, Mutemath tours in support of Play Dead, its fifth studio album released earlier this month. But as appealing as the trio’s music is, it’s opening act Romes that makes the outing to Silver Spring all the more worthwhile. An up-and-coming alt-pop act that Alternative Press listed as “17 Artists to Watch in 2017,” Romes tours a month in advance of its forthcoming debut. Friday, Sept. 22, at 8 p.m. Fillmore Silver Spring, 8656 Colesville Road, Silver Spring. Tickets are $22 to $58. Call 301-960-9999 or visit fillmoresilverspring.com. 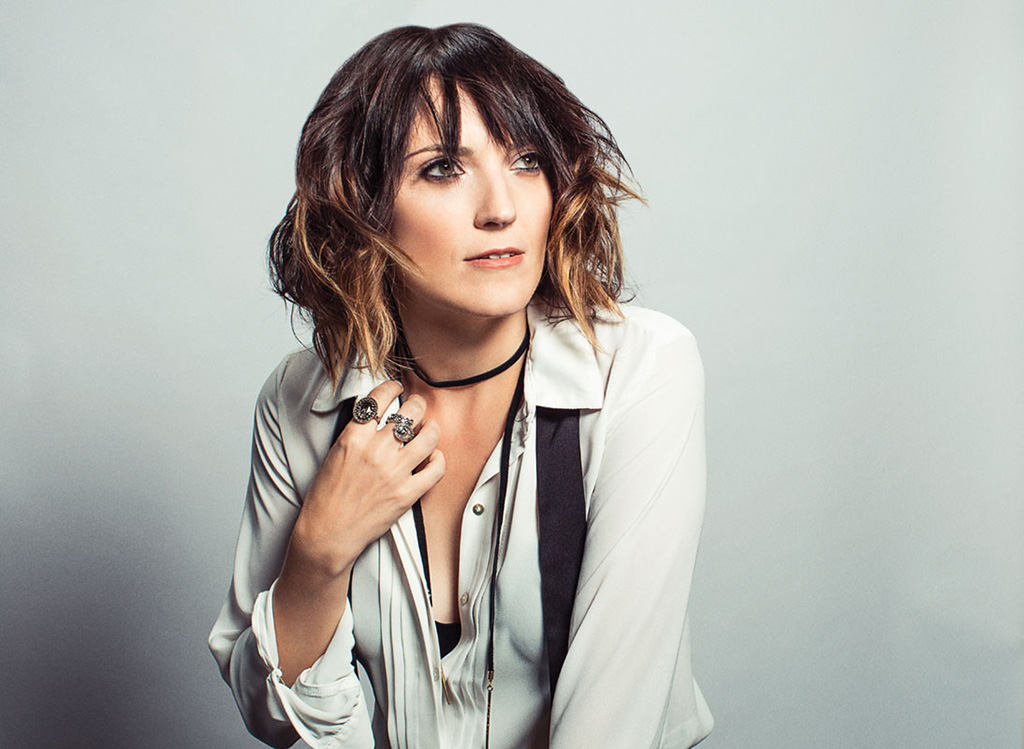 If you don’t remember Jen Kirkman from regular stints on Chelsea Lately or Comedy Central’s @midnight, maybe you caught her hilarious, inebriated narrations on Comedy Central’s Drunk History. Now you can catch the standup comic Entertainment Weekly essentially called the female Louis CK — and whose 2016 memoir had the brilliant title I Know What I’m Doing (and Other Lies I Tell Myself) — on her “All New Material, Girl” Tour. Local up-and-coming comedienne Paris Sashay serves as opening act. Sunday, Sept. 24, at 8 p.m. The Howard Theatre, 620 T St. NW. Tickets are $22.50 to $40, plus $10 minimum per person for all tables. Call 202-588-5595 or visit thehowardtheatre.com. 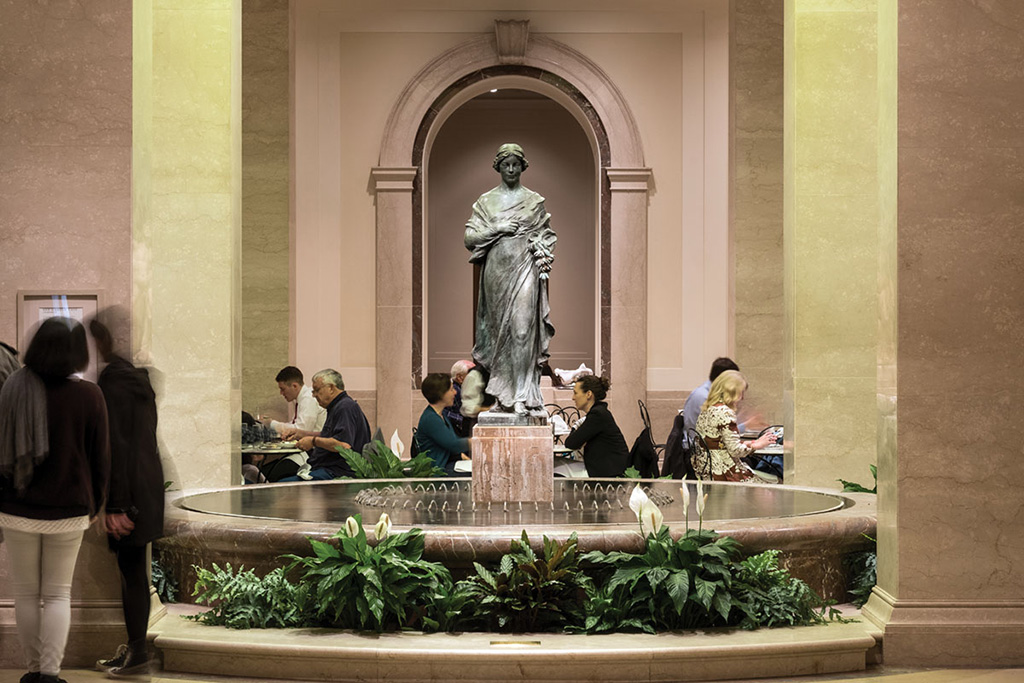 For a boozy brunch a little more high culture than the average, the National Gallery of Art offers a special brunch buffet all month for $30. The selections are impressive: from Buttermilk Pancakes to Baked Frittata with bacon lardon, caramelized onions and gruyere, Summer BBQ Short Ribs with kimchi glaze to Roasted Free-Range Airline Chicken with shaved fennel and salsa verde, Baby Kale Salad to Seasonal Freshly Cut Fruit. Not to mention Carrot Cake, Lemon Bar and assorted Freshly Baked Cookies for dessert, and a full coffee menu. Saturdays from 11:30 a.m. to 3 p.m. and Sundays from noon to 4 p.m. National Gallery of Art’s West Garden Court, 4th Street and Constitution Avenue NW. Free. Call 202-842-6716 or visit nga.gov. 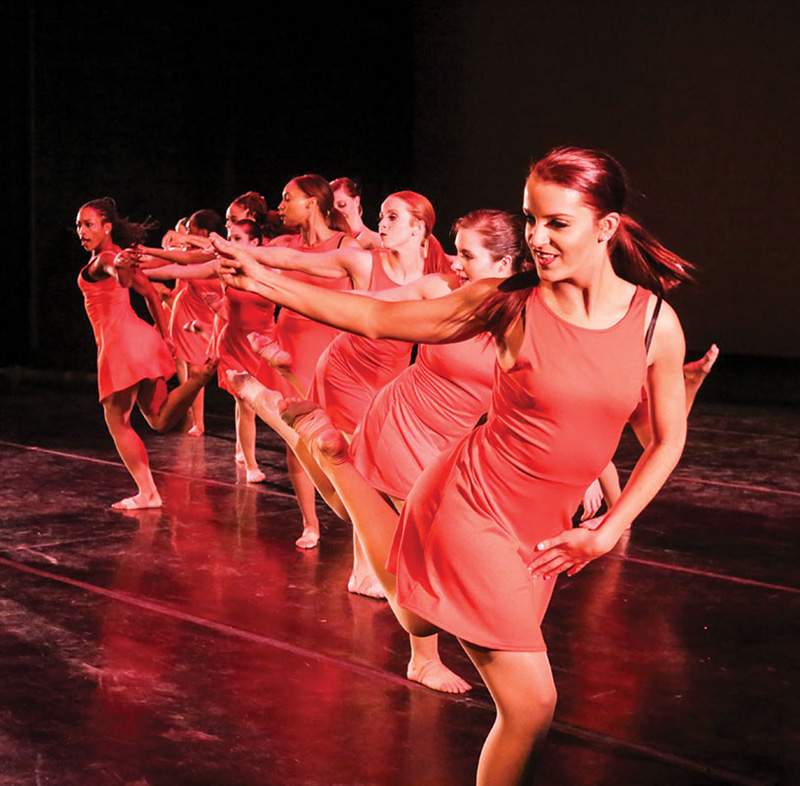 Performances, workshops, master classes, panel discussions, dinner buffets, dance parties, and networking are on tap at this inaugural, weekend-long summit that should serve as a big boost to the local dance community. Hosted by Dance Loft on 14 in partnership with Dance Metro DC, the DC Dance Summit opens Friday, Sept. 15, with an Introductions forum at which dance presenters, directors, choreographers, dancers, and participants are encouraged to detail their plans, needs, and opportunities for the year as well as brainstorm new ideas and collaborations. Among the performers, speakers or attendees expected include representatives from the Kennedy Center, Saint Mary’s College of Maryland, National Endowment for the Arts, Joy of Motion, Joe’s Movement Emporium, International Association of Blacks in Dance, StepAfrika!, the Atlas, Dance Place, Choreographic Institute, Deviated Theatre, and BalletNova. Runs to Sept. 17. Dance Loft on 14 Theater, 4618 14th St. NW 2nd Floor. Tickets are $10 for a single evening pass, $40 for a day pass, or $75 for a full-weekend pass. Call 202-621-3670 or visit danceloft14.org. 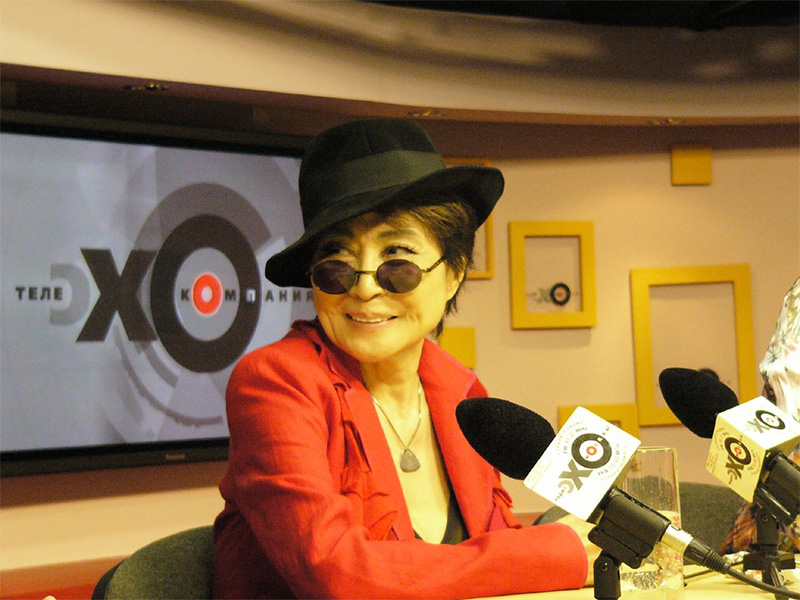 Sonic Youth’s Kim Gordon, Gang Gang Dance’s Lizzi Bougatsos and Moor Mother aka Camae Ayewa will offer a one-night-only concert celebrating the experimental sound and performance art of the Japanese-American who came to fame (and infamy) as the last lover of John Lennon. The three groundbreaking female musicians will perform, on the Hirshhorn’s outdoor plaza, their own works alongside some of Ono’s most memorable pieces. Concluding with rare screenings of early avant-garde films and featuring a cash bar, the event is the culmination of the summer-long series Yoko Ono: Four Works for Washington and the World, commemorating the 10th anniversary of the artist’s Wish Tree for Washington, D.C. Sunday, Sept. 17, from 7 to 10 p.m. Hirshhorn Museum, Independence Avenue and Seventh Street SW. Tickets are $25. Call 202-633-1000 or visit hirshhorn.si.edu.