Kyler Prescott, who committed suicide, should have been protected from discrimination at the hands of hospital staff 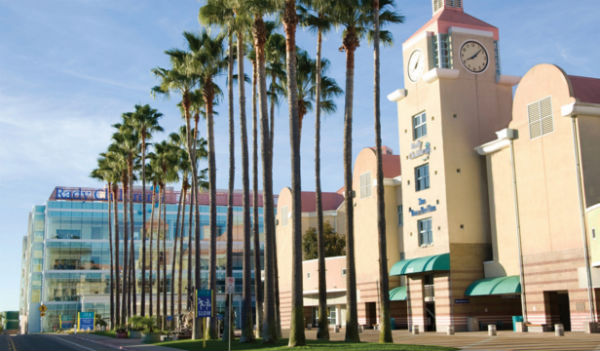 Two pro-LGBTQ legal organizations have filed an amended complaint on behalf of a mother suing a San Diego children’s hospital for discriminating against her transgender son and exacerbating the circumstances that led to his suicide after his release.

The National Center for Lesbian Rights and Transgender Law Center filed the complaint to reflect a ruling by a federal court on Sept. 27 that found that the prohibitions on “sex discrimination” in the Affordable Care Act apply to transgender children mistreated by health care providers or insurers because of their gender identity.

The court also ruled that Katharine Prescott, the mother of the deceased Kyler Prescott, is entitled to seek damages on behalf of her son, who had initially been held at Rady Children’s Hospital-San Diego following a previous attempt on his life.

Kyler, then 14, was admitted to Rady Children’s Hospital in early April 2015 for suicidal ideation and treatment of serious self-inflicted injuries following an incident of transphobic harassment by his peers. When Kyler was admitted, his mother tried to ensure that he would be treated by hospital staff according to his gender identity. Kyler’s gender markers on his vital documents were even changed to male to align with his proper gender, but staff continued to address him as a girl in their interactions with him.

The lawsuit alleges that after a day into what was supposed to be a 72-hour stay, and after several failed attempts by Prescott to ensure staff were not misgendering her son, the hospital’s psychiatrist decided to discharge Kyler early rather than keeping him as a patient for the remaining two days. Five weeks later, Kyler committed suicide.

The lawsuit also claims that Rady Children’s Hospital discriminated against Kyler based on his sex and gender identity, and based on disability. Prescott’s legal team argues that the hospital engaged in unfair and deceptive business practices by claiming that it was experienced in treating transgender patients, when in fact it discriminated against Kyler and made his condition worse.

“When my son was in despair, I entrusted Rady Children’s Hospital with his safety and well-being,” Prescott said in a statement. “Hospitals are supposed to be safe places that help people when they’re in need. Instead of recovering at the hospital, Kyler got worse because staff continued to traumatize him by repeatedly treating him as a girl and ignoring his serious health issues. It’s painful to speak out, but I want to make sure no other parent or child ever has to go through this again.”

“Hospitals should be safe places for transgender children and anyone in crisis to seek help and care,” Kris Hayashi, the executive director of Transgender Law Center, said in a statement. “Medical providers must understand the great harms they can inflict if they discriminate against trans youth. There is no reason any young person should go through what Kyler did.”

The court’s finding regarding the provisions of the Affordable Care Act, and the extent to which they protect transgender individuals, contradicts the recent position adopted by the U.S. Department of Justice, which claims that statutes banning “sex discrimination” should only be interpreted as instances in which a person is mistreated based on their biological sex at birth. This position conflicts with findings by several federal courts.

“The Court’s decision affirms the growing body of cases across the country recognizing that discrimination against transgender people is sex discrimination,” Amy Whelan, a senior staff attorney at the National Center for Lesbian Rights, said in a statement. “We will continue to fight for transgender kids and adults regardless of the U.S. Department of Justice’s reckless and legally indefensible abandonment of LGBT people.”